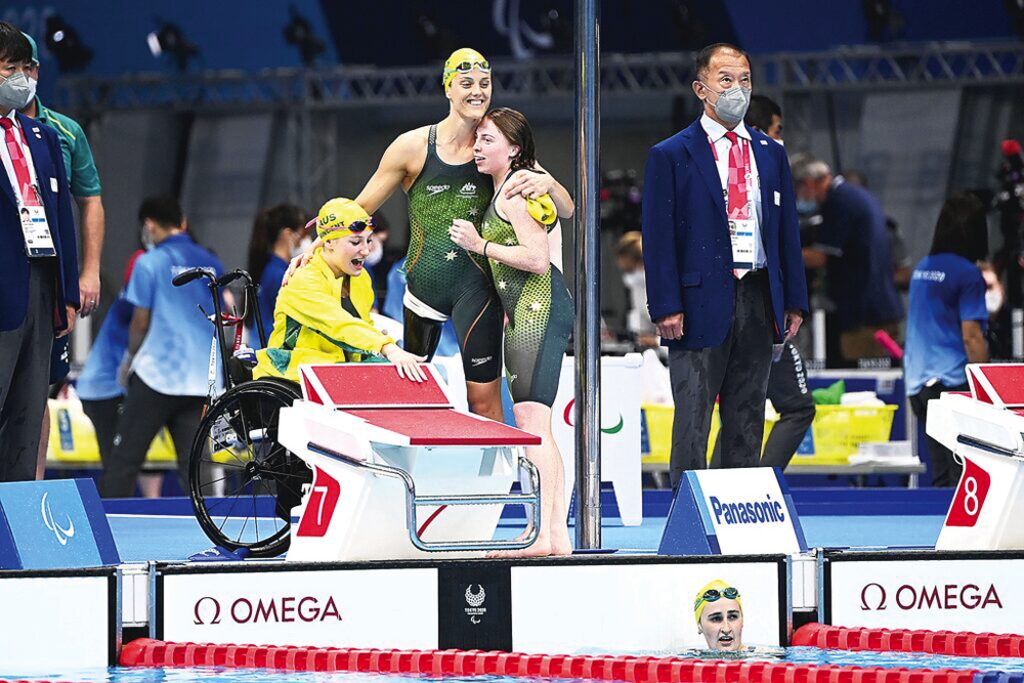 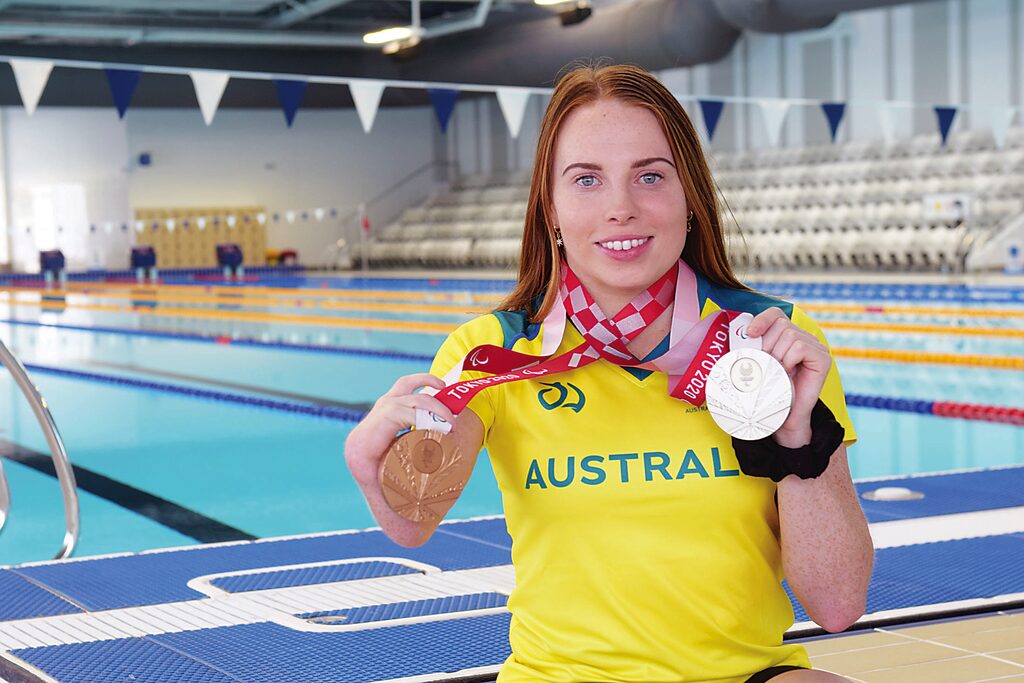 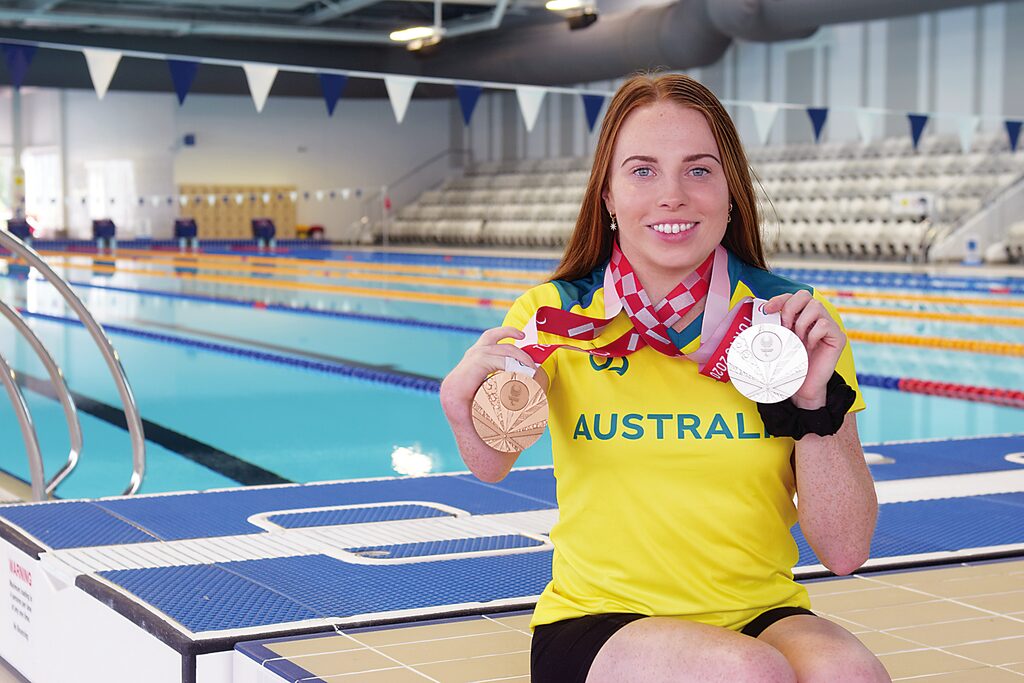 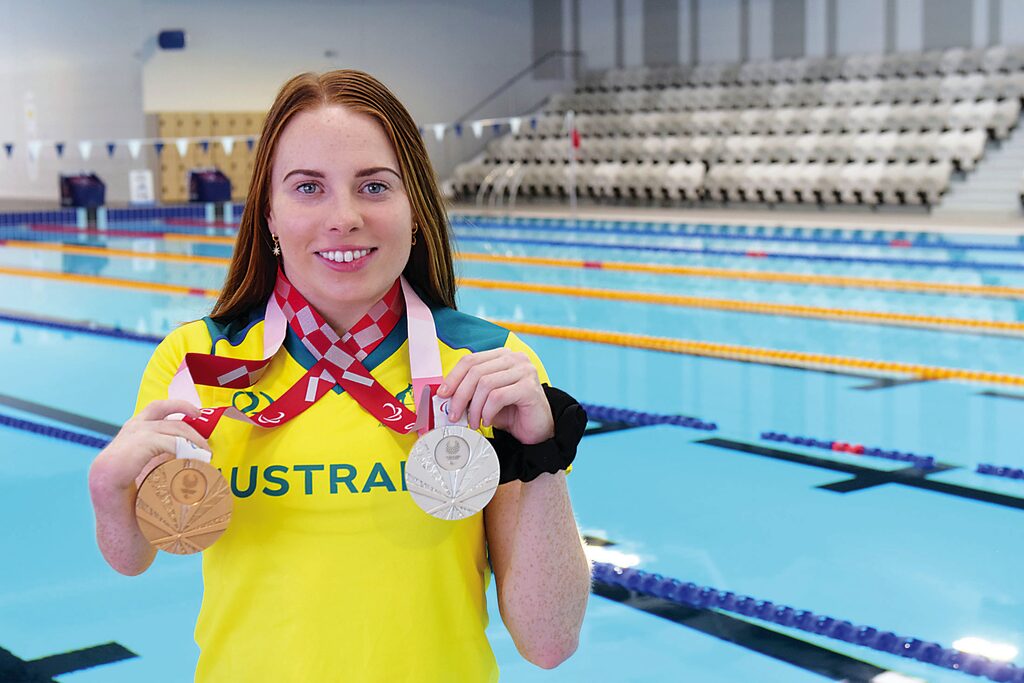 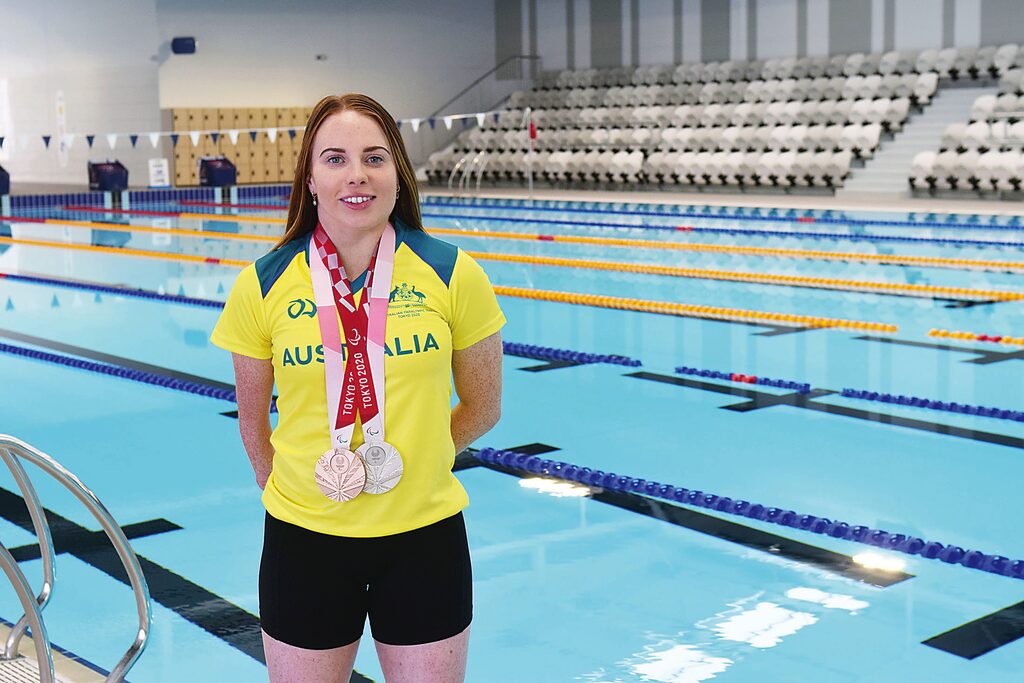 SWIMMING
By LIAM DURKIN
TRARALGON swimmer Emily Beecroft returned home recently from the Paralympics.
The 21-year old lived the dream in Tokyo, securing a silver and bronze medal.
Swimming as part of the Australian 4x100m freestyle relay team, Beecroft helped her country to a silver medal and the first of her career.
She followed up with a bronze in the 4x100m medley relay.
Taking the all-important third leg for both relays, Beecroft said she was proud to have contributed to her country’s medal tally.
“Seeing the Olympians perform really well while we were over in our staging camp definitely got us really hyped up to perform, it was amazing just to see everyone’s hard work pay off,” she said.
“Australia has a really big emphasis on our relays so we knew it was going to be really important.
“The para relays work a bit differently to the able-bodied in terms of the points. I was really excited to swim the third leg, I was just going to focus on my own race plan and I was really happy with both my swims.”
The silver medal came about in dramatic circumstances. The Australian team was promoted to second after the first finishing USA was disqualified for leaving the blocks too early on changeover, as well as Great Britain.
There was some nervous moments as the Americans protested the result, which delayed the medal ceremony to the next day, but it came to no avail and an Australian silver medal was inscribed.
“It was very unexpected, just a crazy few minutes as soon as we got out,” Beecroft said of the postscript to the race.
“It was a really good race, pretty close, and I saw there was two disqualifications … a pretty unforgettable experience for my first relay.”
The bronze medal race also carried a side-story, as Beecroft played a part in cementing Australia’s most successful Paralympian in Ellie Cole, who claimed her 17th Paralympic medal – taking her past the mark set by Priya Cooper.
In a nice touch, as was customary at the games due to COVID restrictions, the athletes presented each other with their medals at the ceremony.
Beecroft pointed to these moments as the highlight.
“Standing alongside those girls in my relay was definitely an unforgettable experience,” she said.
The medals themselves are quite heavy and are emblazoned with the name of the event on the side.
Along with the medal wins, Beecroft said other highlights included rooming with fellow Traralgon swimmer Ruby Storm, and seeing the Paralympics receive a similar amount of media as their Olympic counterparts.
“It was amazing to see the amount of coverage we had,” she said.
“I know the athletes got a lot of letters and social media support from a lot of people around Australia … it’s amazing to see how far we’ve come just from the Rio Paralympics (in 2016).”
Unlike her previous Paralympics, Beecroft was unable to do any sightseeing in Tokyo or mingle with players from other countries, but said competing under the COVID cloud did have at least one positive effect.
“The Tokyo stadium would have been amazing if it was filled, but I’m a very nervous swimmer and I think the fact there wasn’t a huge crowd worked in my favour, I could just focus on my relay,” she said.
“Paralympics Australia worked really hard just to make sure we were safe.”
Following the games, Beecroft had two weeks in hotel
quarantine, giving her a chance to reflect on the culmination of hard work in the last five years that
ultimately led to her achieving two Paralympic medals.
The training load was quite intense, with Beecroft taking to the pool and gym 13 times a week, all the while studying on the side.
There will be no letting up however, as the youngster has her eyes set on her next challenge.
“2022 will be a busy year again, hopefully I’ll make the Commonwealth Games team as well as the world championship team and then look forward to Paris (2024 Paralympics),” she said.
For now, she is back home in Traralgon and will be training at the new Gippsland Regional Aquatic Centre once restrictions allow.
“I’m very lucky to have the support from Traralgon. I’ve been with Traralgon and my coach Dean Gooch for over a decade now,” she said.
“Swimming is a fantastic sport for anyone.
“I think if you can get into it and as long as you are having fun and enjoying it that’s all that matters.”