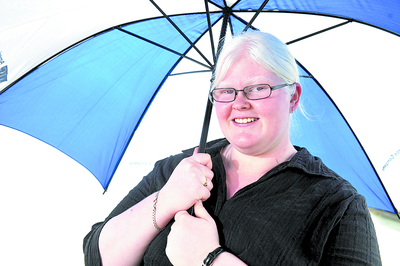 More than a month since a bus time table revamp in the Latrobe Valley was implemented, some commuters are still struggling with the changes.

Morwell resident and Claudia’s Cafe staff Samantha Tierney said the new bus route meant the bus stop she regularly waited at in McDonald Street near the fire station was no longer in use.

“I now have to walk 500 to 600 metres down the road to the new stop, which has no shelter from the sun or rain,” Ms Tierney said.

“When the buses run 20 minutes late, that time in the sun or in the rain is very unpleasant.”

Ms Tierney, who is legally blind and cannot drive, said the change in the bus schedule also meant many workers missed out on getting to work at the start of their shifts, or had to shuffle their work rosters around.

“If you miss the bus, it’s an hour’s wait for the next one, or you have to take a taxi,” she said.

“Half the week’s pay is being spent on taxis.”

Ms Tierney said a number of elderly and younger people she knew faced the same problem.

“If they had left the two bus routes (as they were) but added the new one, there would not be a problem,” she said.

“Instead, they changed the times and stops; a lot of stops just aren’t used anymore.

“I think the issue wouldn’t be so bad if there were shelters we could wait in, but only about four bus stops in all of Morwell have shelters.”

When asked about the issue, State Member for Morwell Russell Northe said the Department of Public Transport did not have all the infrastructure up yet in case of changes to the route.

“They will be monitoring the routes and services to see how well-patronised they are,” Mr Northe said.

He said it was “disappointing” to learn individuals were struggling with the public transportation changes and hopes individual circumstances could be “ironed out”.

He advised those with public transport grievances to write to the Department of Public Transport.

Meanwhile, another local, David Burt, said there also needed to be a program to boost awareness of the public transport options in the Valley.

“I wouldn’t know how to use a bus locally,” Mr Burt said.