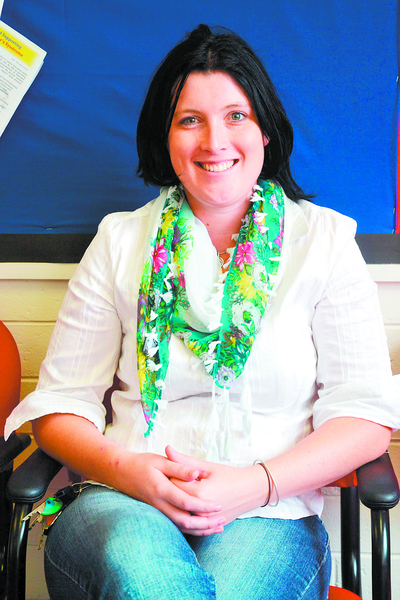 QUIETLY, often underestimating their own capabilities, Gippsland women work hard to juggle their roles as mothers, carers, workers and students at the expense of their own ambitions.

Recognising the challenges facing the group of women who wish to undertake post-compulsory education, the Blue Stockings Association has handed out scholarships in excess of $70,000 over the past five years to 58 local women.

The unique, flexible nature of the cash scholarships go some way in lightening the burden of women as they pursue further education, and can go towards paying off a car to commute to classes, buying textbooks, or paying for childcare.

“We cater to women who are not normally visible (when it comes to awarding scholarships); often, when women decide to return to study they take it up off-campus or part-time, which automatically excludes them from scholarship eligibility,” Blue Stocking Association co-founder and secretary Sarah Lawless said.

“This may be because they have to work, act as a carer, or have been out of a career for a long time and want to upskill themselves.

“This is important to build up the local skill base,” she said.

After five years of active participation in the organisation, Ms Lawless and co-founder and treasurer Caitlin Grigsby are now looking to make the organisation more self-sufficient.

“We’re reviewing our scholarship criteria and trying to work out the future direction of the organisation; we’ll be raising our profile in the next few months,” she said.

“We hope to raise funds of maybe $20,000 or more in the next 12 months, although this depends on what direction we and our committee comprising influential Gippsland people decide on.”

Ms Lawless said women had “a lot of skills” and were “great at multitasking”, though they were often the last to put themselves forward for a role.

“Men are much better at this; for instance, if they fulfill five out of 10 criteria for a job, they will pursue it, whereas a woman may fulfill eight of 10 criteria but not apply for the same job,” she said.

Meanwhile, Ms Grigsby said there was still a need to address shortcomings in women’s education, especially in a rural area like Gippsland.

“We often forget there are women who can’t so easily catch a bus or drop their kids off at childcare; there is close access in the city just not available out here,” she said.

“There is still a wage and managerial role disparity; this is directly related with education.

“Women aren’t upskilling themselves or being encouraged enough.”