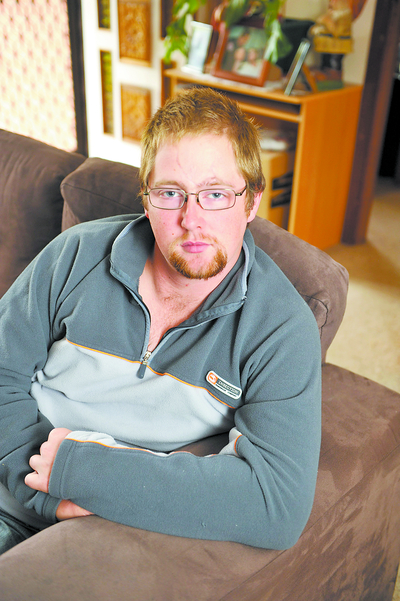 A TRARALGON man who was severely injured in a horror collision between a bus and a truck in 2008 has received a six-figure settlement.

Nathan Marriot, now aged 23, is back on his feet and looking forward to the future.

“I hope to get a job as a truck driver, or forklift operator.

“I’m fine to work now, but I do need rest during the day because I feel a strain on my feet.”

The young man also hopes to head north to Cairns to spend time with his father and half-siblings in the near future.

The Transport Accident Commission recently settled a common law damages claim Mr Marriot brought against the driver who caused the accident, according to a media statement from his lawyers.

“Nathan’s life has been severely impacted by his injuries but hopefully this settlement will go a long way towards restoring some normality to his life,” Slater and Gordon motor vehicle accident lawyer Rod Matthews said in the statement.

“This has been a mammoth setback for a young man at the start of his adult life.”

Mr Marriot, who was 19 at the time of his accident, he was travelling home from work when the bus he was in collided with a semi-trailer on the Princes Highway between Morwell and Traralgon.

He suffered extensive injuries to his face and legs and was hospitalised for several months.

According to Mr Marriot, he broke several bones, required skin grafts, suffered a loss of some calf muscles and nerve damage to his left foot.

He also has scarring to his face and leg.

Mr Marriot’s mother Julie said the settlement would go some way in assisting the family.

“The accident was horrific; it was difficult to cope after Nathan’s accident,” Ms Marriot said.

“I couldn’t hold down a job because I had to care for him.

“It’s heaps better now; he can drive and work.”

Going forward, Ms Marriot said she hoped to see her only son set himself up comfortably.

“He needs a house; no-one can take that away from him.”