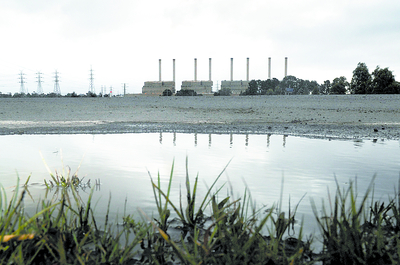 A COMBINED $4.6 billion carbon tax bill expected to hit coal-fired power generators in the coming financial year will intensify pressure on the struggling sector, according to a leading energy association.

On the eve of Sunday’s carbon tax introduction, a Latrobe Valley-wide survey found while some sectors in the region were “thriving”, the power and energy sector remained plagued by uncertainty.

It now appears all but certain the Federal Government will not meet its Sunday deadline on a ‘contracts for closure’ announcement, which was to reveal who of the eligible coal-fired generators had agreed to a compensated closure process with the government.

The absence of any indication on whether power stations including Hazelwood, Yallourn or Energy Brix face closure in coming years continues to impact negatively on confidence in the region, according to numerous sources.

Hazelwood was refinanced to the tune of $652 million from its own corporate resources, while a syndicate of banks backed Loy Yang B.

Debate ensued about whether the refinancing news was evidence of a “bailout” and “a vote of no confidence” in coal power stations, since banks – wary of risk – were reluctant to loan to Hazelwood.

Others claimed the development was “good news” indicating Hazelwood’s global owners were determined to invest in their Valley-based plant.

Speaking with The Express yesterday Electricity Supply Association of Australia policy and strategy general manager Kieran Donoghue said though Hazelwood’s refinance news was “a good thing for the people of the Latrobe Valley who work there”, it was concerning “from the company’s perspective, that they could not get loan refinance, on reasonable terms, from the banks”.

“It is fortunate they are a massive global company with such a strong balance sheet that they could put equity into this business…but it was a last resort,” he said.

Large-scale carbon price liabilities coupled with soft wholesale electricity prices, a flattening of demand for energy and regulatory uncertainty all conspired to create a scenario where power stations still provided the majority of Australia’s electricity, and remained “integral” to its economy, yet banks considered them risky, he said.