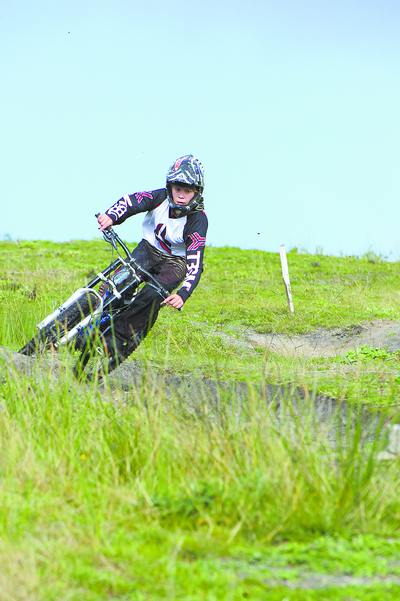 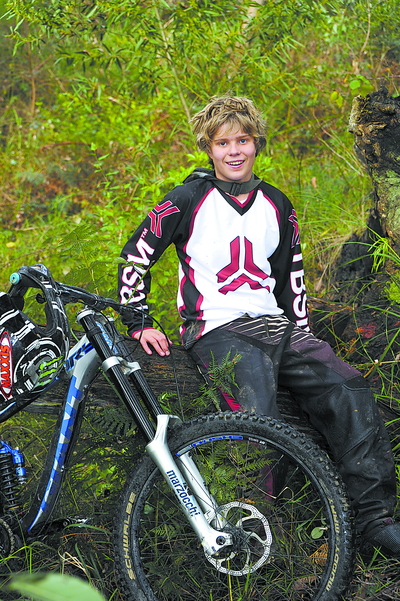 Outside of work, Latrobe City Deputy Mayor Sharon Gibson’s life can be rather stressful.

Gibson spends many hours worrying about her 13-year old son Lachlan, a keen downhill mountainbiker who recently finished second in round one of the King of Ballarat competition.

Gibson said the decision to allow her son to take up such a dangerous sport was not an easy one.

“It scares the living daylights out of me to put it nicely,” Gibson said.

“But he’d wanted to do it for so long, and it really was a dream of his to do it so I said ‘yes’, because you have to encourage people to go for their dreams.”

Prior to becoming a councillor, Gibson worked at Perisher and Mount Baw Baw.

She also came “from a cycling family”, albeit road cycling, which she said helped Lachlan’s cause when he was begging her to take it up.

“Because I was familiar with the environment and his dad also built custom pushbikes, it did help me come to the decision,” she said.

“It doesn’t mean I’m not scared though.”

Gibson could be forgiven for being a little frightened – according to Lachlan, some sections of the course last weekend at Ballarat were so steep they were difficult to walk down.

“Some sections were about 70 degrees or even steeper,” Lachlan said.

“It’s definitely easier to ride them than walk.”

Gibson’s support is much “appreciated” by Lachlan, who overcame slippery conditions and two crashes on the weekend to come second in the under 15 age group.

“The course was dry on Saturday but there was rain overnight, which made it really slippery on Sunday, and people were crashing all over the place,” he said.

On his way to second place, Lachlan managed to clock the fifth fastest time overall, which he was “excited” to get.

The final two races of the series will be held over the coming months, and Lachlan has now set his sights on winning the overall title.

When asked what he enjoyed about the sport, his answer was simple.

As for Gibson, it looks like she will have to contend with these emotions for years to come, as her youngest son declared recently he wanted to take up downhill skiing.

“I don’t like it, but it’s so important to let them do their thing, encourage them and keep them active,” she said.

“You have to remind yourself it can’t just be about what you want.”