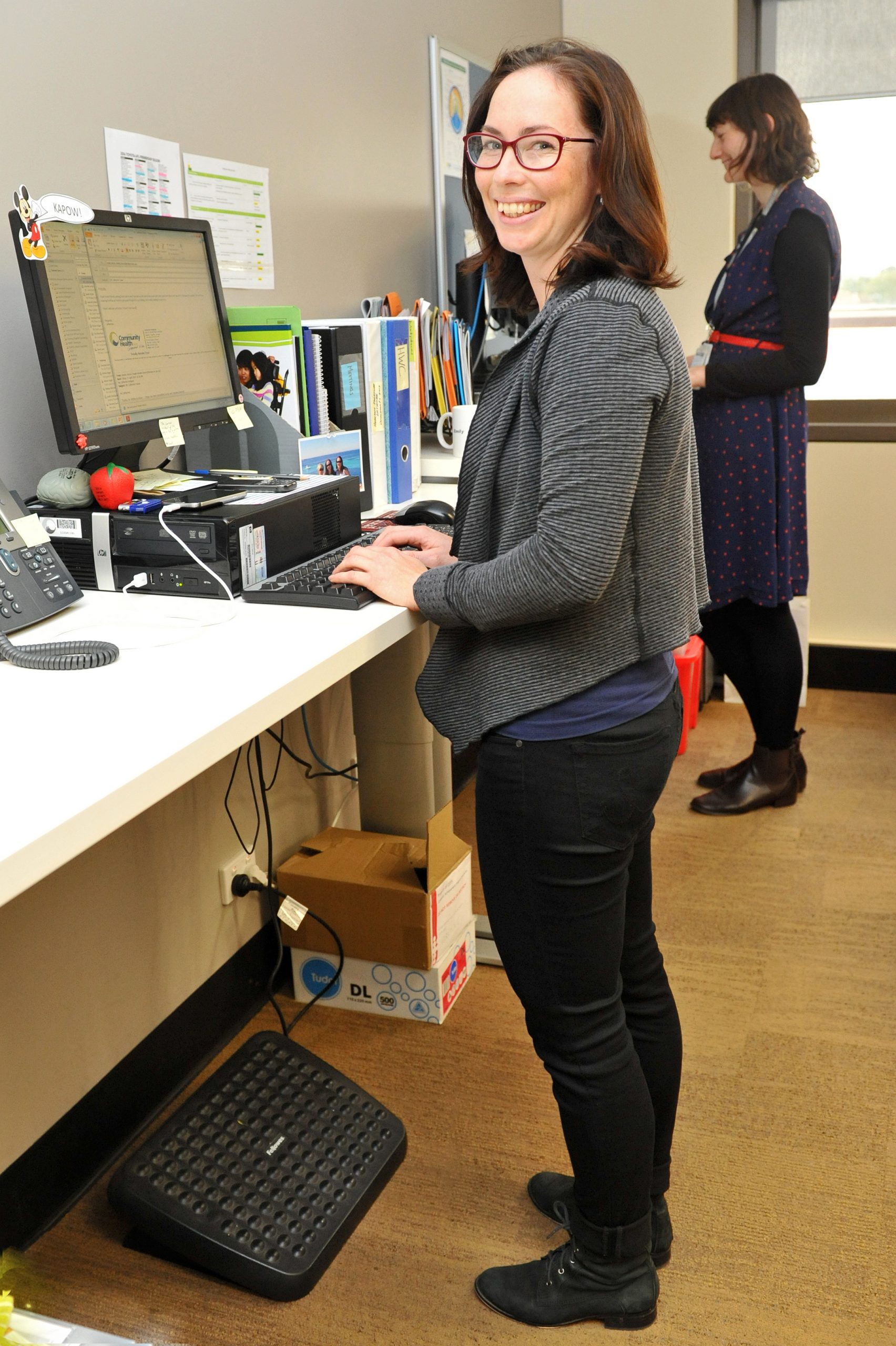 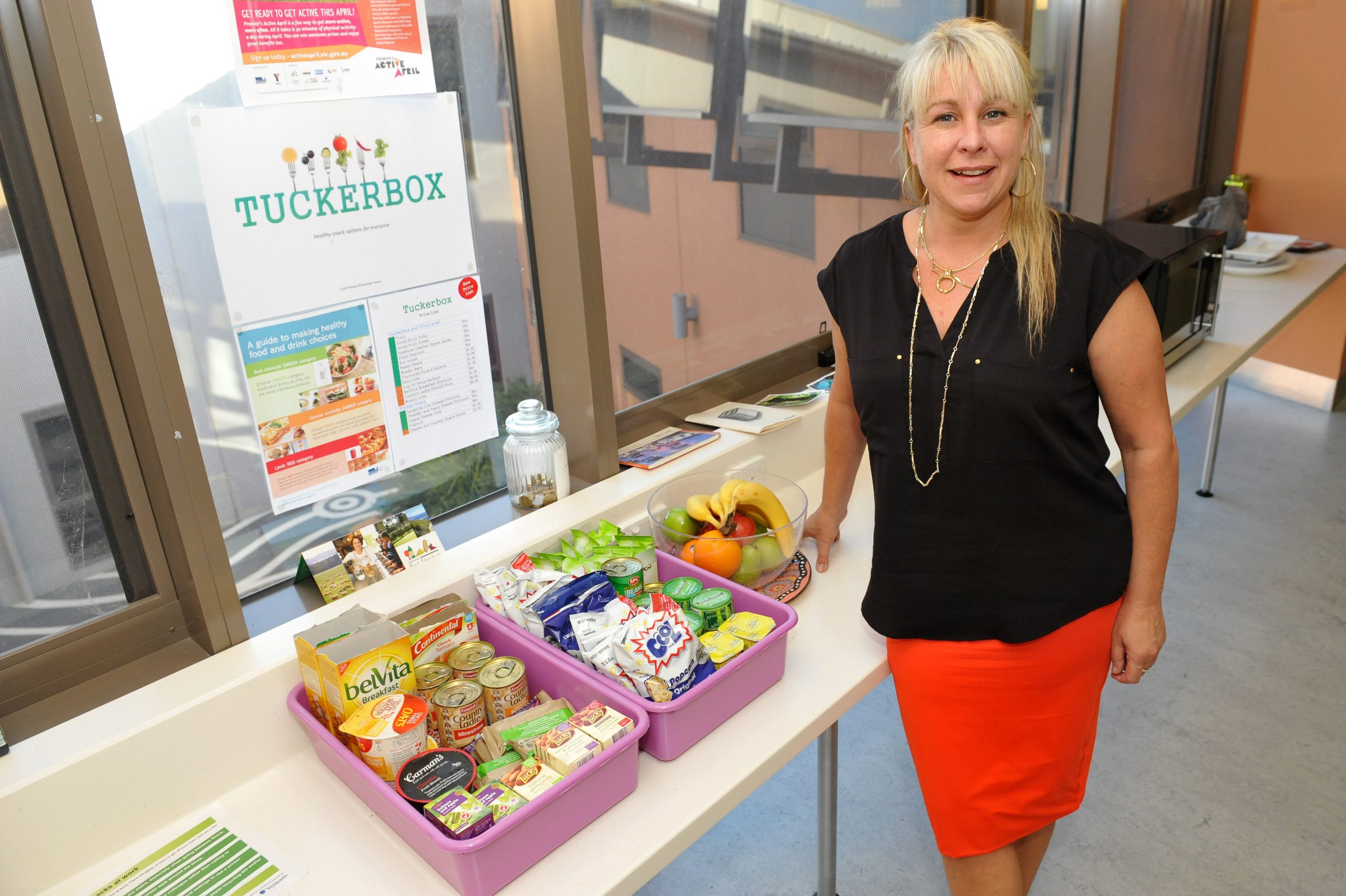 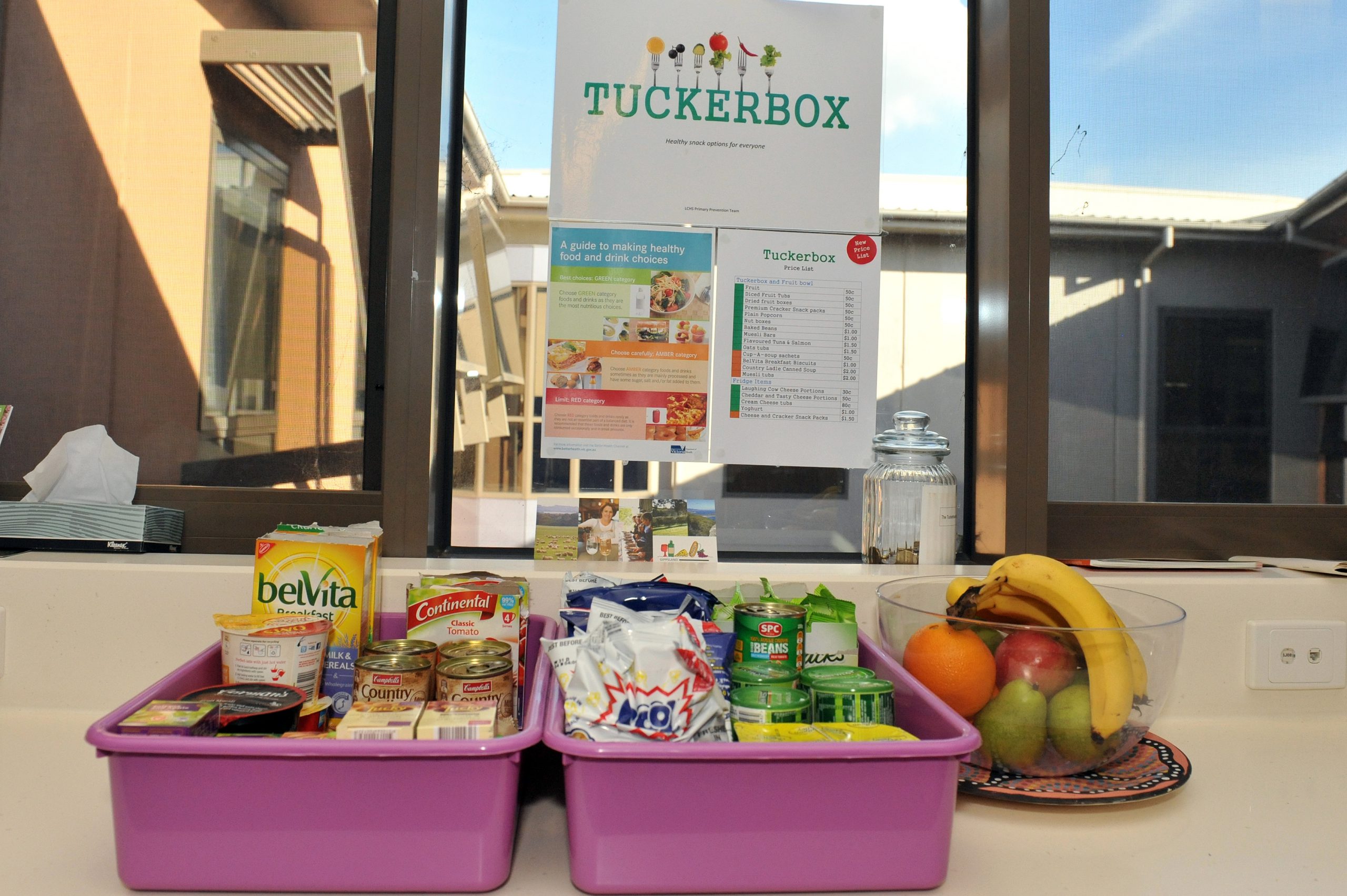 From a desk-bound deadline day, to arvo hunger pangs that simply must be satisfied with a piece of Shirley from accounting’s 50th birthday cake, each working week throws up a multitude of hurdles to a healthy lifestyle.

But one high-profile Latrobe Valley employer is proving a desk job doesn’t always equal the death of a good routine.

As part of a ‘practice what you preach’ approach, Latrobe Community Health Service has introduced a range of initiatives to get its workers moving about and eating healthily.

One of the most recent is the introduction of a ‘tucker box’ with fruit, muesli, baked beans, tuna, popcorn, dry biscuits and yoghurt as alternative snacks to the chocolate bars and potato chips typically found in workplace vending machines.

“We started off with some money and purchased one lot of the food and we just charged staff members exactly what we pay at the supermarket to buy it,” LCHS manager of primary prevention Christina Rush said.

“Then we just use that money to buy the next week’s shopping.

The organisation’s Buckley Street, Morwell headquarters has bike racks and showers, to encourage people to ride to work, along with a healthy catering policy.

In order to bolster these existing initiatives, LCHS established a healthy workplace committee which has so far introduced sit-stand desks and brackets for existing desks; optional subscription to a computer alert which reminds workers to get out of their seat; along with on-site fitness classes after work.

“We’re not saying you need to go and do 20 hours or do one of those sessions that you feel like you’re going to die, it’s really just about walking a little bit further,” Ms Rush said.

“There’s a whole range of evidence to suggest we are sitting too long and those sedentary workplaces should move more through incidental type movement.”

LCHS’s commitment recently earned it recognition through the Victorian Achievement Program for healthy workplaces, after it created a health promotion charter with staff and management.

“We have a very supportive leadership team,” she said.

“The hardest thing is trying to shift the culture.

“Anyone can have a policy, but we want to implement it.”

LCHS has put together a starter pack of costings and suggestions for other workplaces to introduce their own tucker box.

So far, 12 large Latrobe Valley businesses have signed up to the Victorian Achievement Program as part of the Healthy Together Latrobe initiative.

If your business is interested in taking part, or accessing the tucker box starter pack, phone Healthy Together Latrobe’s healthy workforce coordinator Alistair Edgar on