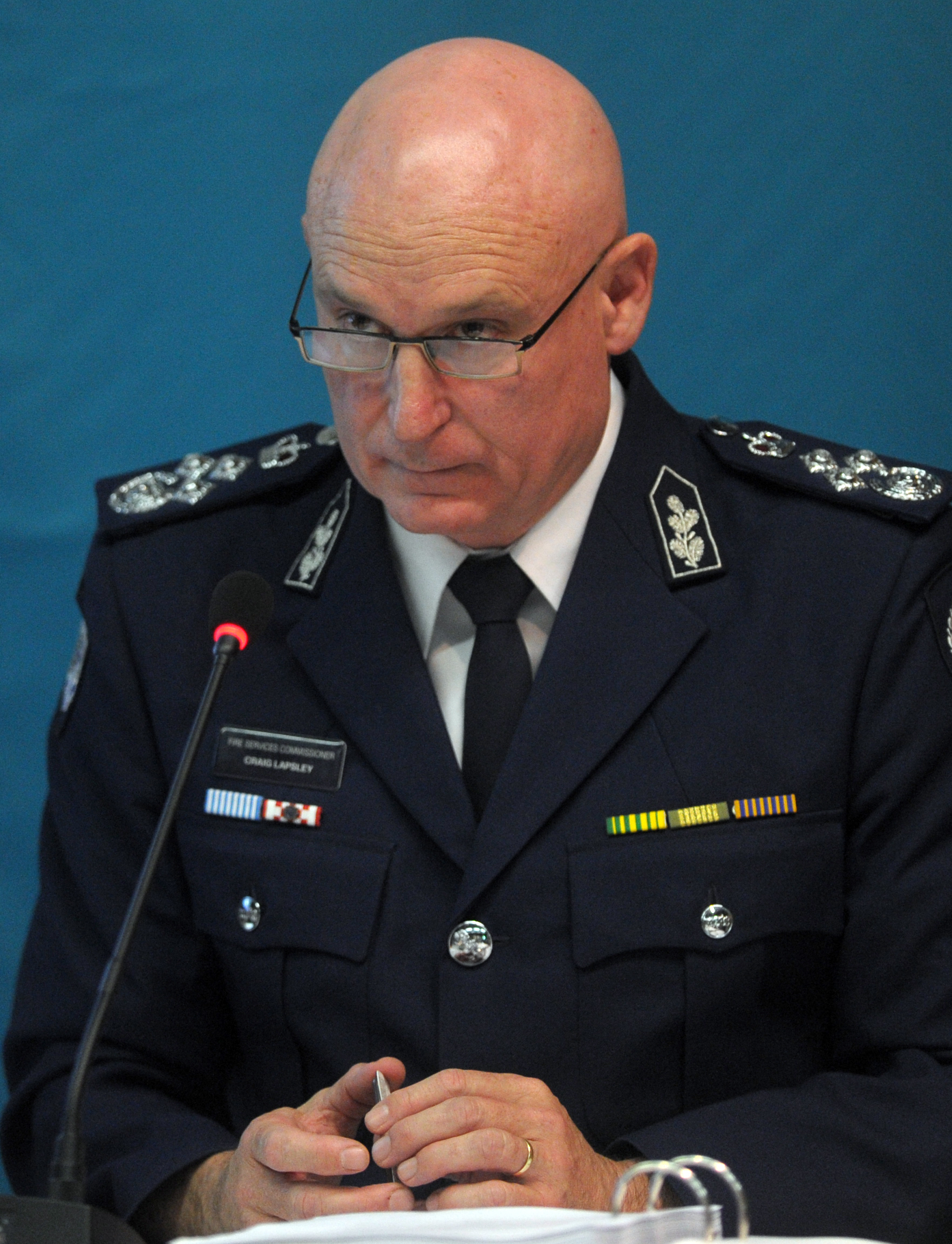 Fire Services Commissioner Craig Lapsley has questioned the methods of communication used to warn the community during the Hazelwood mine fire, at a public hearing held in Morwell on Monday.

Mr Lapsley was the first witness to speak at the Hazelwood Mine Fire Inquiry public hearings and was interviewed by counsel assisting Melinda Richards about the written statement he submitted.

In identifying “what could have been done better”, Mr Lapsley said messaging content, the ways messages were delivered and ways to engage with communities all could have been improved.

Mr Lapsley spoke of concerns about the Watch and Act warning delivered to each landline and mobile phone in an area on 15 February, referencing elevated levels of carbon monoxide and advising residents to “shelter in place”.

“Do people understand ‘shelter in place’? Some would say yes… others would say no…” Mr Lapsley said.

He said while the text messages worked well for fire-related warnings, Mr Lapsley questioned the extent it could be applied to health-related messages, such as the CO message. He also raised concerns about the authorities’ reliance on websites as a source of information.

“I think we’re too quick to default to websites,” he said to Ms Richards

“Not all community members, for example, are connected to the internet,” his statement read.

In his statement, he said the deployment of the community information teams and the “bushfire buses” worked well in the first week of the incident.

However, Mr Lapsley said this “people-to-people” method could be further employed, with authorities making use of existing community networks.

How the fire was fought

Mr Lapsley was first questioned about the details of the mine fire’s origin and how it was tackled.

He said he believed both the Hernes Oak fire and the Driffield fire could have spotted to spark the fires in the mine.

When asked about the other possible cause: that a hot spot within the mine sparked the fire, Mr Lapsley highlighted the serious nature of not reporting fires.

“If there is a fire in the mine and it is not reported then that is an offence,” he said, adding he did not think the mine’s operator, GDF Suez, would do that. Moving onto the methods used to fight the fire, Mr Lapsley defended the fire authorities’ use of helicopters to water-bomb the fire.

Ms Richards questioned why the helicopters had been used, when an earlier report recommended they were “less effective”.

Mr Lapsley explained that this report was based on older technology, and did not apply to the new method of fire-fighting, which involved the helicopter remaining higher above the ground and dropping water, rather than sweeping across, which was thought to create turbulence and make firefighting harder.

He said during this firefight the aircraft were “very effective” in one part, and more used with other methods.