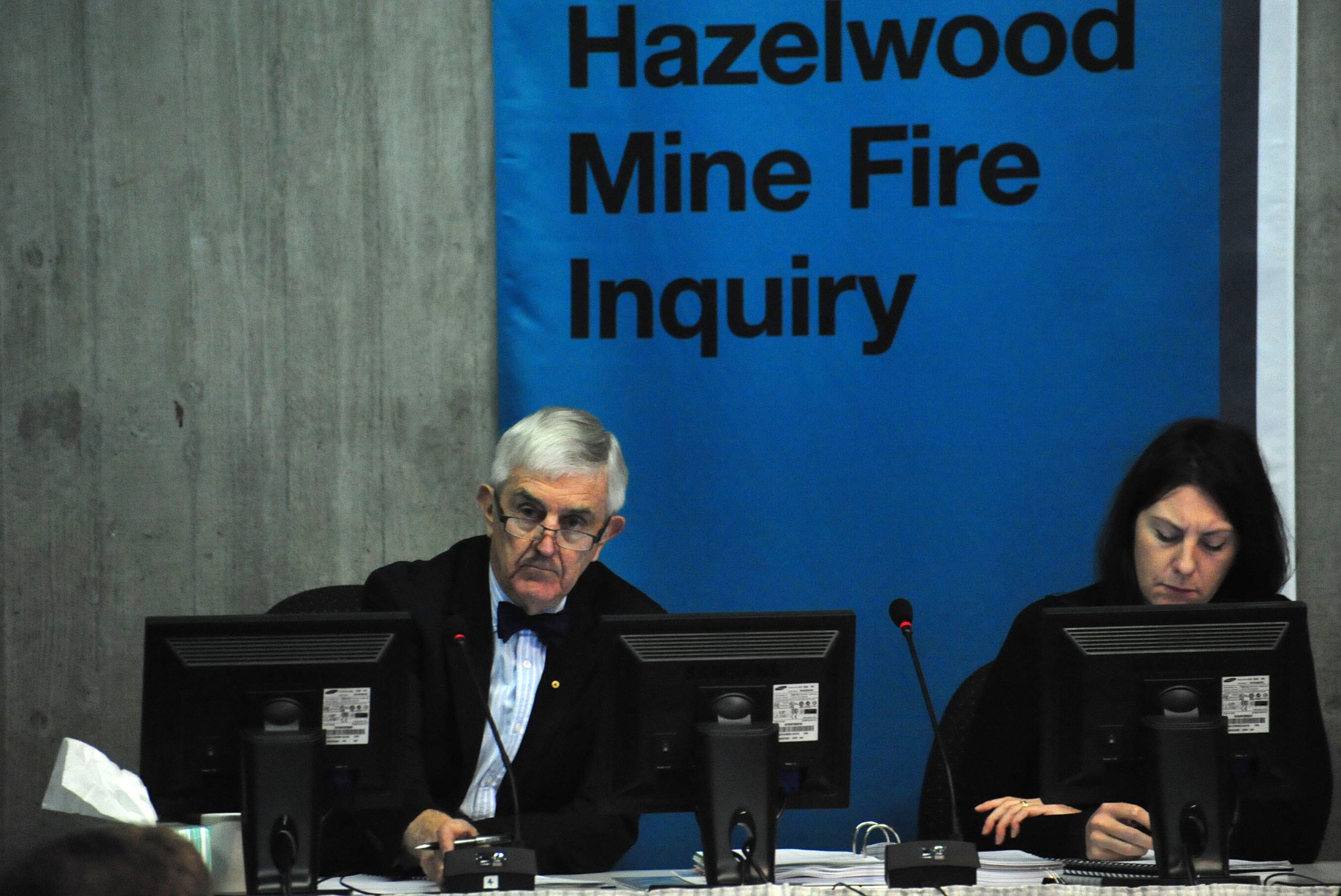 A FORMER manager of Hazelwood and Loy Yang power stations has questioned the use of water dumping helicopters in response to the Hazelwood mine fire.

Graeme Freshwater told the Hazelwood Mine Fire Inquiry on Tuesday there was no use dumping water on a 45-degree angle coal batter.

“It goes straight to the bottom, it makes a hell of a mess on the flat bench, and probably breaks off a lot of coal, which tends to stay lit even on the ground in the wet country,” Mr Freshwater said.

“I do not see the advantage of using extremely expensive equipment to fight the fire.

“It may have helped, but it took a long time to put out.”

However, Mr Freshwater acknowledged the Hazelwood mine fire was very different from what he had experienced, with spot fires on one side of the mine and other fires well developed.

“Most of the fires we had were starting in one area, and spreading and you have a greater opportunity to control those fires.”

Mr Freshwater provided a 36-paragraph statement to the inquiry on Tuesday as a “community witness”.

His comments follow 29 years of experience as a mine engineer between 1966 and 1995 across the Valley’s three coal mines – Hazelwood, Yallourn and Loy Yang – once owned by the State Electricity Commission.

He spoke of the expertise of the fire service, with a spotter at the mine able to detect fires.

“There were no significant fires in my time. They do experience up to 300 fires a year, but they’re very minor in most cases,” he said.

“I don’t recall any significant fires until the 1977 fire.”

“Unless you get to a coal fire very early it gets out of control in my experience,” he said.