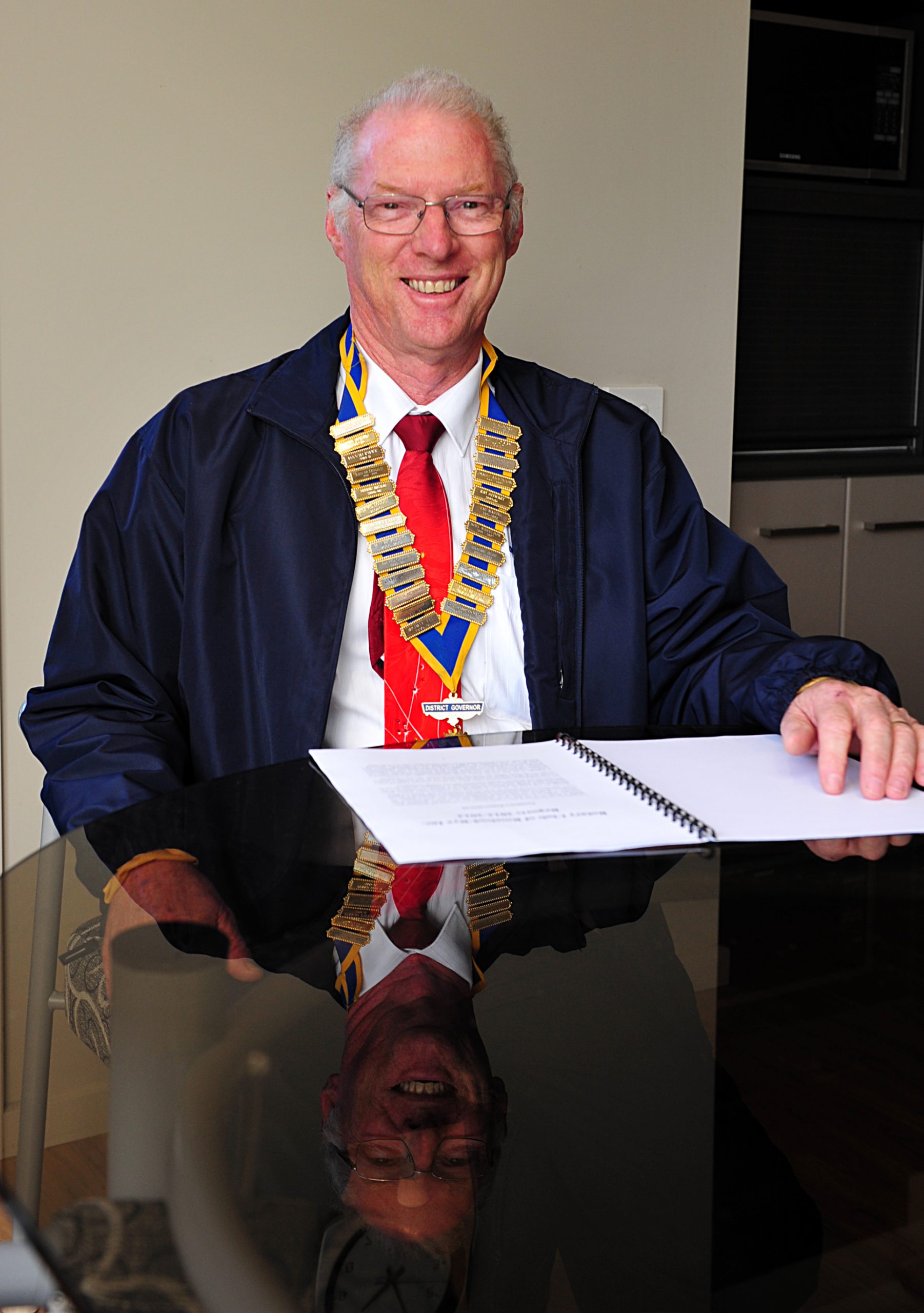 A MAN who has committed his life to community service and local industry is shining the medal of his most recent honour.

Charlie Speirs, who was elected as Rotary District Governor of District 9820 for 2014 to 2015, told The Express he hoped to change the face of Rotary.

Governing from Orbost through to Sorrento and Dandenong, which includes 49 Rotary clubs, Charlie intends to revive the service club by bringing in new members of all ages and genders.

“I started my Rotary experience at the Traralgon technical school, we formed a Rotaract club, and that was 30-plus years ago,” Charlie said.

“Then I had a gap where I was just involved in churches and that kind of thing, then I rejoined Rotary.”

Once touted as having ‘coal running through his veins’, Charlie said he rejoined Rotary after he was invited during his time of managing the mine at Loy Yang Power.

“I want to change it from just inviting industry leaders,” he said.

“It’s for anybody who wants to help and add value to their community. It’s making a difference in the world with an intention to make the world a better place.”

Labelling the Rotary perception as “old, pale, stale and soon to be frail”, Charlie said the organisation was in need of new blood, passionate about their community.

“Young people do different things to what we do socially, they communicate differently than how we’ve traditionally communicated,” Charlie said.

“Rotary is trying to find their way of moving from the traditional formal organisational stuff it’s been for a long time to being more involved in the community and engaging people that want to make a difference.

Charlie, who has accepted some people might call him a ‘workaholic’, said it was getting out into the community that pleased him, rather than fishing on weekends.

“My nature is that I get very involved in things; I’m very positive and enthusiastic – if I’m in I’m in, otherwise I don’t worry about it,” Charlie said.

“One of my strengths I think in my working career was my commitment to just being there and that’s something that young people need to learn. You need the knowledge and the commitment to get the outcome.”

Charlie said a key priority during his term as governor would be to encourage a Rotaract group in the Latrobe Valley.

“My vision for a young Rotaract group is saying ‘this is how we run Rotary, what do you guys want to do? How do you want to run it?’,” Charlie said.

“It’s a service group of young people working together to add value to their community, so it’s not what we want them to do but what they want to do.

“It would be a ‘coaching and let loose’ environment.”

For more information on Rotary visit