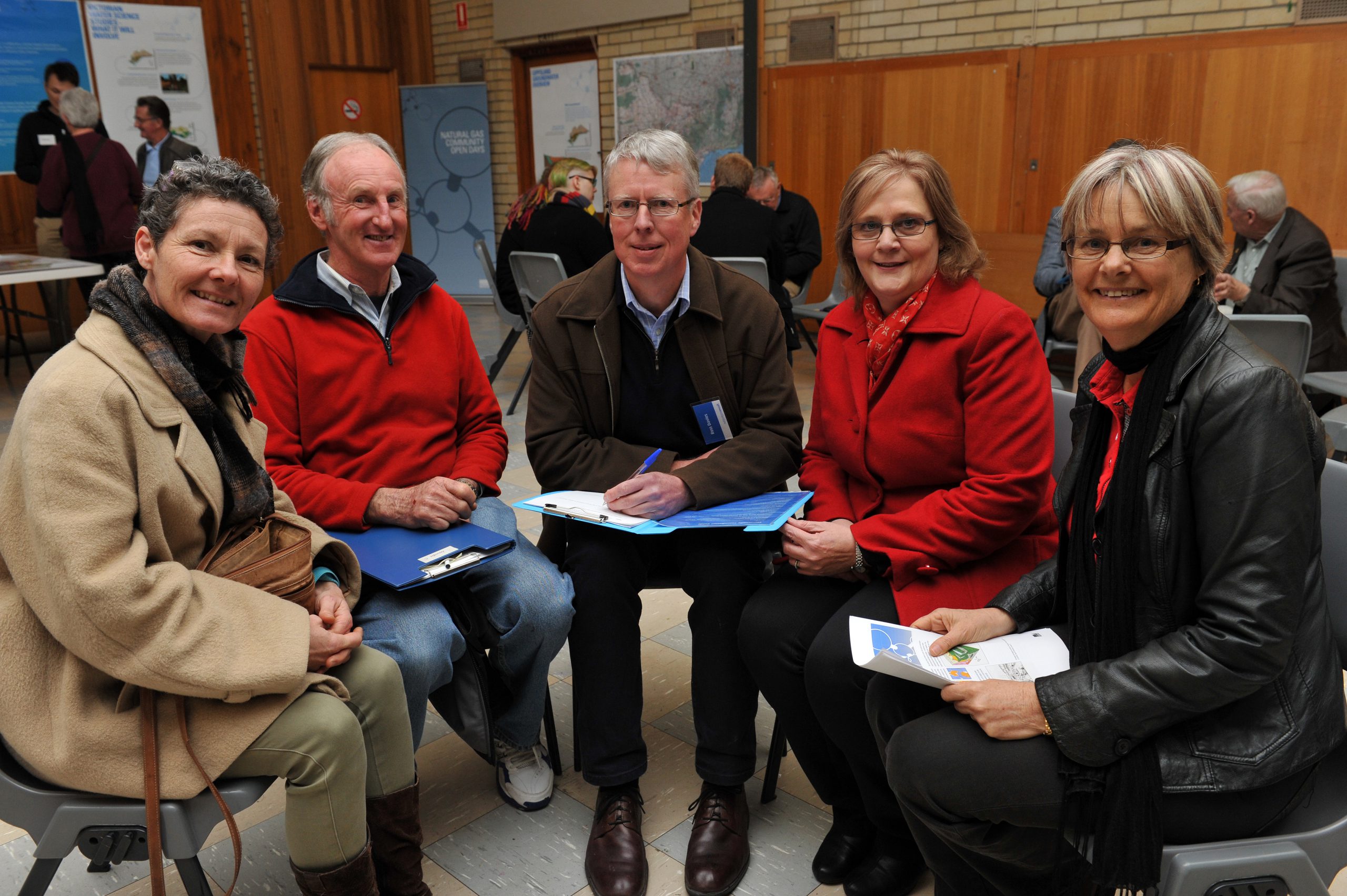 Concerns, opinions and questions about coal seam gas mining in the Latrobe Valley were heard from more than 60 residents at consultation sessions in Traralgon on Thursday.

Independent consultation facilitator Mick Maguire believed his team, who come from farming backgrounds, were the perfect candidates and insisted government staff were present only to provide information.

Mr Maguire said the leading concerns expressed related to water quality and agricultural productivity, but health, both physical and mental, was the standout issue.

“I’ve had men and women, seven of them personally, who have (come to me) in tears… and that worries me, even though we haven’t got this industry (here yet).”

Most Latrobe Valley towns, except Toongabbie and Boolarra, are currently under a gas licence valid from 2003 to 2016 held by Petro Tech, a subsidiary of Lakes Oil.

Also in attendance were community groups Voices of the Valley and Lock the Gate, who both criticised the community consultation process.

“Most of Latrobe Valley is under at least one unconventional gas licence and most people haven’t been informed or consulted about it,” Voices of the Valley president Wendy Farmer said.

She said she was concerned the Valley would be in the same situation as residents in Tara, Queensland, who were surrounded by onshore gas fields.

“But of course if it sneaks in we have no say.”

Mrs Farmer said she was concerned about the facilitator process because the consultant she had spoken with said he was only going to write down points he had not heard before.

“I thought it wasn’t a real validation of what everybody was saying because there’s no data to go back with,” Mrs Farmer said.

She also believed not enough information was given to community members, especially about the health risks associated with CSG mining. While she agreed there was a need for jobs in the Latrobe Valley, she said short-term jobs, which would most likely be outsourced to specialist fly-in fly-out workers, would not be worth the loss of residents’ health.

She believed the next step in protecting Latrobe Valley residents was to declare the area a health conservation zone, where the community would be able to decide which industries should be allowed in the region.

“We want a health conservation area where we ask the question, ‘Is this going to be good for our health?’ before they actually start the industry here,” Mrs Farmer said.

Lock the Gate Victorian coordinator Ursula Alquier said it was up to communities to decide whether they wanted gas fields in their region, as it was something towns never recovered from. Currently Boolarra is the only town in the Valley officially declared CSG free, a result of a community petition.

“What is left behind is a community that is dealing with an industry that is continuing to contaminate water, which farmers rely upon and we rely upon for our drinking.” Ms Alquier said. To give feedback on concerns relating to CSG in the Latrobe Valley, visit at