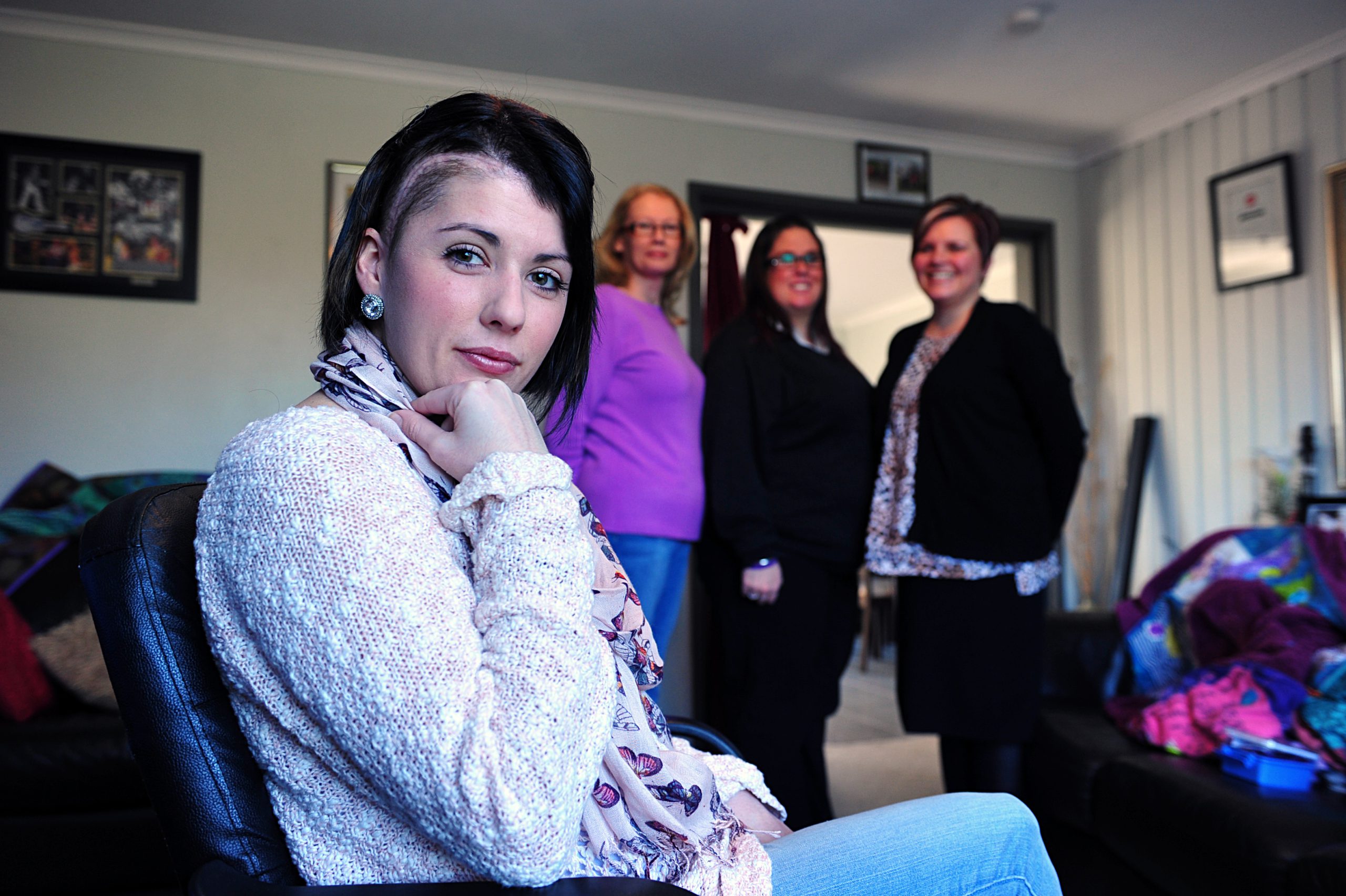 IT was Friday night and Brittany Warring was driving along the Princes Freeway from work in Traralgon to her home in Morwell.

The 25 year-old property manager and real estate agent felt what she once called a “stress headache”, pulled her car over, and pressed the palm of her hand against her forehead to relieve the pressure.

“I didn’t think anything of it. I just had a headache,” Brittany said.

After a restless night of sleep, she called her mother and told her, “It feels like someone’s ripping my head off”.

Fearing it was something more serious, she took her mother’s advice and admitted herself into Latrobe Regional Hospital.

What doctors found would change her life forever.

A CTV scan showed Brittany had an aneurism growing four centimetres behind the front of her skull. She was rushed to Monash Medical Centre in Clayton, for immediate surgery.

“When the surgeon came out, you could tell by his body language that it wasn’t good,” Ms Van Unen said.

The surgeon told the family he had put a clip on the aneurism and it had ruptured, causing Brittany to lose a lot of blood.

Another angiogram revealed the clip had stopped the bleeding, but Brittany spent the next 14 days in an Intensive Care Unit in a coma, where she experienced two strokes and underwent further surgery. Doctors also feared she may lose feeling in the left side of her body.

“We weren’t allowed to touch her because her heart rate had gotten too high. They were afraid any pressure would cause her to bleed again,” Ms Van Unen.

Today, 10 weeks on from the initial headache on 24 May, Brittany is home.

She can no longer see in her right eye, has no peripheral vision in her left eye, suffers memory loss and lethargy, but considers herself lucky to be alive.

“It’s weird not being able to do things that I used to be able to do. I have to move my head around a lot more than I used to,” Brittany said.

Her friend Aimee Kellow, a nurse at LRH who is also studying to become a doctor, said most people that had cerebral haemorrhages experienced a headache and died before they hit the floor.

Ms Kellow said three of her friends had died from aneurisms.

“She (Brittany) was probably born with it and never knew she had it. It’s a genetic thing you’re born with and there are no signs until it pops,” she said.

To support Brittany, Ms Kellow and Ms Van Unen are organising “Brittany’s Recovery Fundraising Ball’ on Friday, 12 September from 7.30pm to 12.30am at the Premier Function Centre in Grey Street, Traralgon, to raise money and awareness.

Tickets are $25 and for sale at the Commonwealth Bank in Traralgon.

“If you have any pain or anything, go to the doctor,” Brittany said.

“Some people just get headaches, but go to the doctor and double check.”

For more information about the ball, email Ms Kellow on aimeekellow@outlook.com or Ms Van Unen on l.vanunen@hotmail.com.