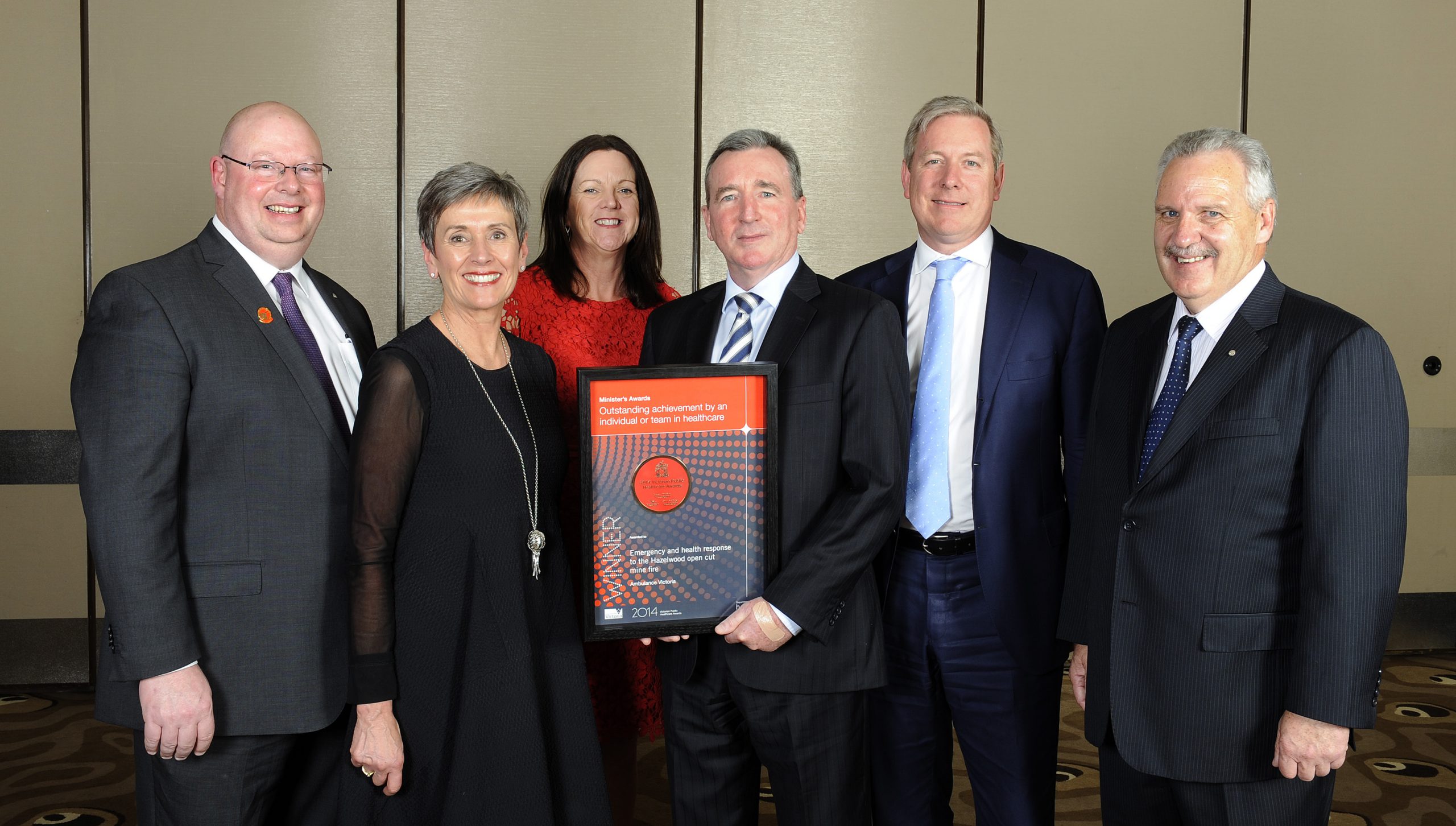 Ambulance officers deployed to the Latrobe Valley during the Hazelwood mine fire disaster have been recognised at an awards ceremony.

“It was a tremendous effort and I know there’s been criticism in terms of the response and some people are not happy, but I’ve dealt with major disasters over the last 20 years,” Mr Holman said.

“That’s what disasters are unfortunately, what you do is try and do the best you can with the resources you’ve got, these things are fast running, fast moving and you’ve got to plan.”

The health assessment centre manned by Ambulance Victoria officers was open to the public during the mine fire crisis.

Overseeing the centre was Paul James, who told The Express Latrobe Valley paramedics were deserving of the award because of their unwavering commitment throughout the ordeal.

“I think it identifies our ambulance paramedics as people who are in the community that are important,” Mr James said.

“With all that activity going on our paramedics were still maintaining what they do every day with community care; our work didn’t go away and just focus on the mine fire, we had to do that in conjunction.

“They’ve certainly increased their knowledge and skills in a different area or a different approach to a different style of emergency and they’ve also built some more community relationships because people have relied on them during that time.”

While many Latrobe Valley paramedics hit the ground running during the disaster, paramedics with specialist skills from across Victoria were also called on and worked with each other to develop world-first guidelines in relation to carbon monoxide exposure.

“We had specialist paramedics that could wear breathing apparatus to support the firefighters in the mine, we had staff in Melbourne working on guidelines to guide our practice in that environment based on data from around the world,” Mr James said.

“Together with the Department of Health, we developed some new guidelines in relation to carbon monoxide in smoke… that previously didn’t exist anywhere in the world.”