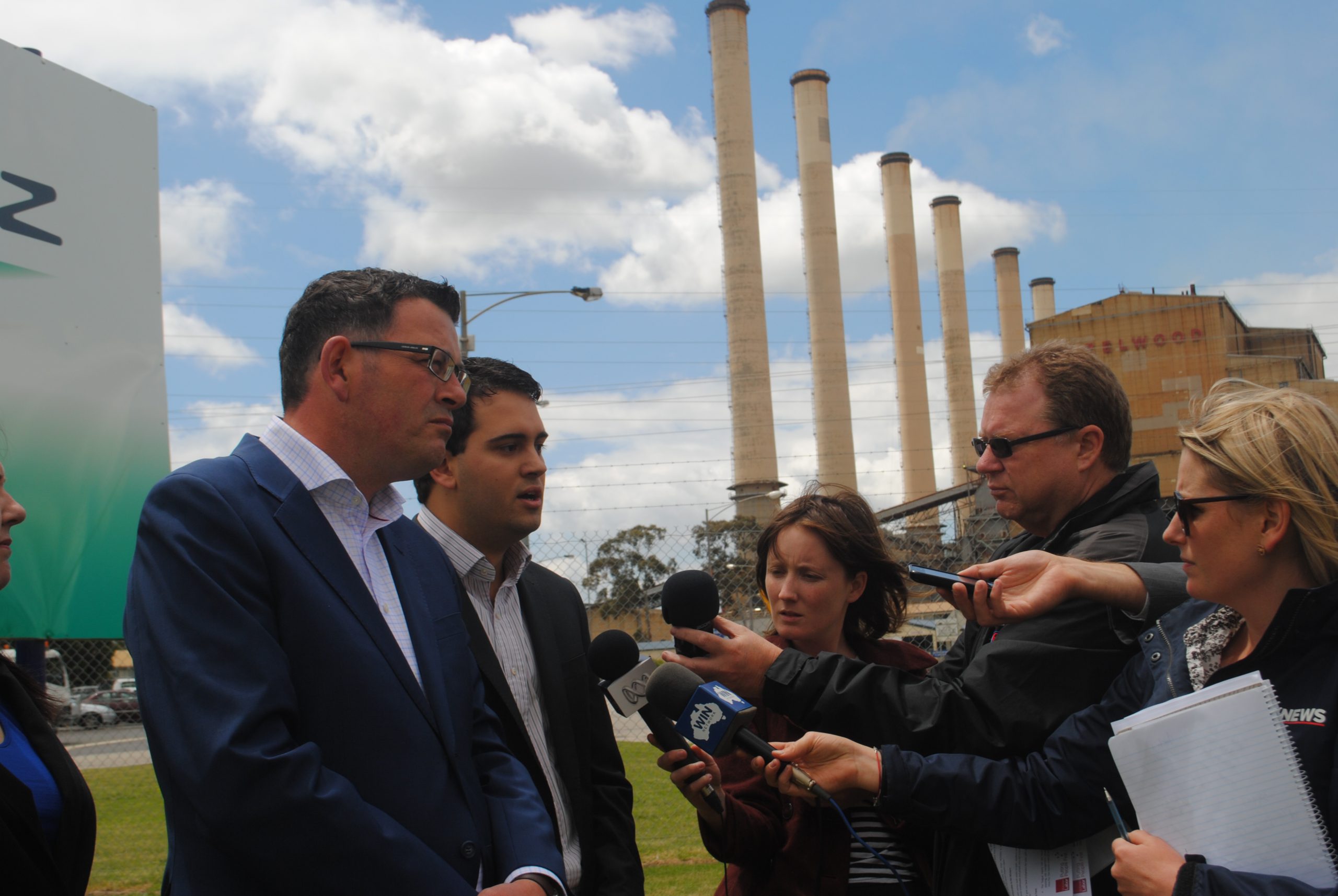 Calls to investigate claims the Hazelwood mine fire caused a spike in local deaths have been heard by the Labor opposition, who will commit $1.5 million to reopen the mine fire inquiry if it comes to power after 29 November.

While Labor had previously flagged its intention to reopen the mine fire inquiry in September, opposition leader Daniel Andrews, along with candidate for Morwell Jadon Mintern, backed up the earlier promise with the $1.5 million on Tuesday.

The commitment comes despite the Victorian Coroner last fortnight rejecting calls to investigate after activist group Voices of the Valley claimed in September there was a 15 per cent increase in the death rate in the period of the fire, or an equivalent 11 deaths, in the neighbouring four postcodes.

While Mr Andrews said he had not approached former Inquiry chair Justice Bernard Teague – as it would be “inappropriate” to do so in opposition – he said he would “waste no time” reaching out if Labor wins at the state election.

Labor’s reopened Inquiry would also probe improved rehabilitation options for the Hazelwood open cut, amid increasing calls for the practice to be fast tracked and convert the Valley’s ageing mines into safe and stable environments.

Opposition leader Daniel Andrews and Member for Morwell Jadon Mintern said an elected Labor government would refer ‘fit for purpose’ terms of reference to a re-opened Inquiry “to ensure a transparent, robust and open process that will give people a say on rehabilitation and foster community confidence”.

The commitment comes after the Inquiry heard extensive evidence from witnesses about the benefits of mine rehabilitation as a fire prevention measure, however the Inquiry failed to make any specific rehab recommendations due to the complexity of the practice.

Labor’s announcement to reopen the Hazelwood Mine Fire Inquiry has been ridiculed by the State Government, with Member for Morwell Russell Northe labelling the announcement a “copycat” political move by the party.

Meanwhile Mr Northe said a review of rehabilitation funding measures and practices had already been commissioned, adding he would engage mine operators on rehabilitation as a “matter of priority” in 2015.