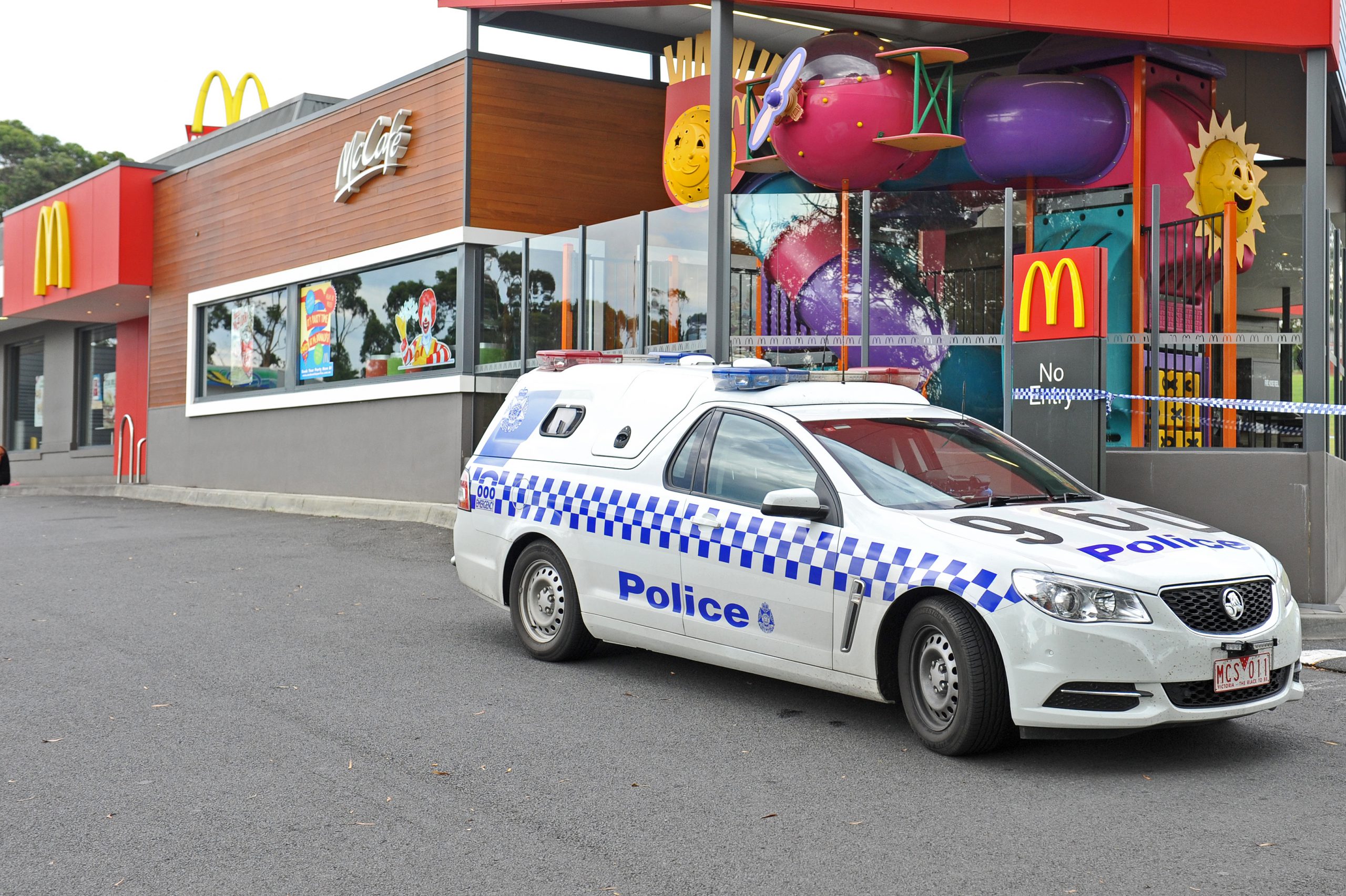 Two Morwell men have been charged over an armed robbery at McDonald’s in Morwell about 6am Thursday.

Police allege the men made demands of staff, one brandishing a large knife, they took a quantity of cash and fled on a motorcycle.

Detective Acting Sergeant Ray Coles said the motorbike was located at a Morwell address and the men were arrested on Thursday afternoon.

The 20 and 21 year-olds were charged with armed robbery and bailed to appear in Latrobe Valley Magistrates’ Court in February.