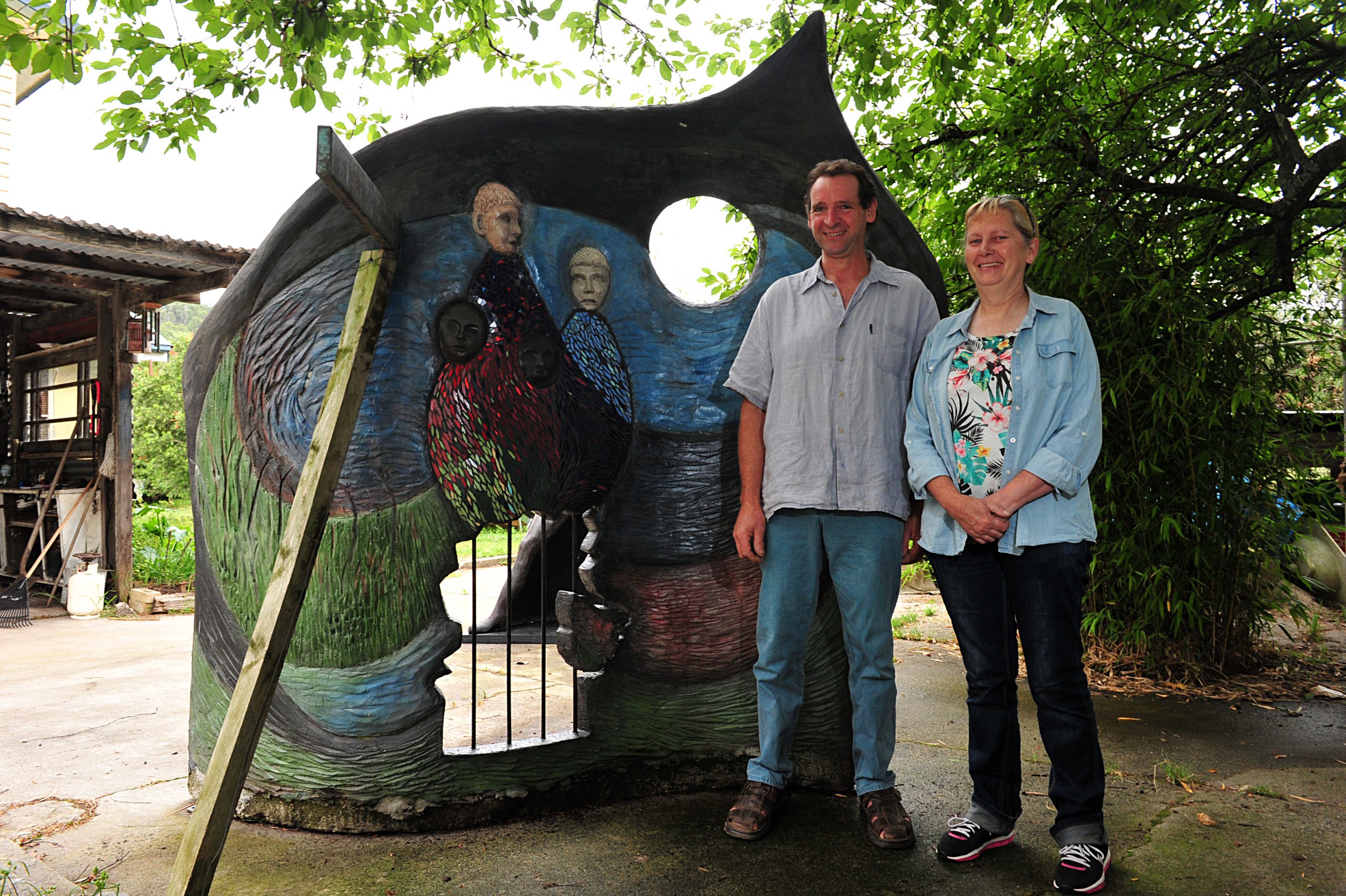 A post on The Express’ Facebook page received 55 comments and 29 shares in response to the abstract Australia-shaped sculpture featured in the newspaper’s Thursday edition last week.

Comments were predominantly negative, arguing the work was “disrespectful” and “insulting” to those that have served in war efforts.

David Roeth on Facebook said it was “an affront to every member of the Australian Defence Force” and the Federal Government deserved a refund.

“The people of Churchill should neither be held responsible for this piece of interpretive art, nor have to look at it. It represents nothing that has any meaning to service,” he said.

The sculptor largely declined to comment about the Facebook comments, but reiterated the sculpture was not a war memorial, but a community service memorial that recognised the war effort.

“I hope it will sort itself out in time,” Mr Jesse said.

Former GippsTAFE Fine Arts course teacher and coordinator Peter Biram said the response to the sculpture was a matter of taste.

“If you look at this memorial, it may seem irrelevant from a traditional point of view, but that’s okay, that’s the point of it, to break away from tradition,” Mr Biram said.

“Breaking away from tradition gives more credence and respect to the newly fallen.”

He likened the situation to that of the French establishment ‘The Salon’ in the late 1800s rejecting the work of French Impressionists, who are now considered popular artists.

“This is not ignoring tradition, it’s creating a new tradition and a new respect and it’s a current and youthful respect that we need,” Mr Biram said.

Latrobe City councillor Darrell White declined to comment about the sculpture at this stage, stating he wanted to better understand the history of the project.