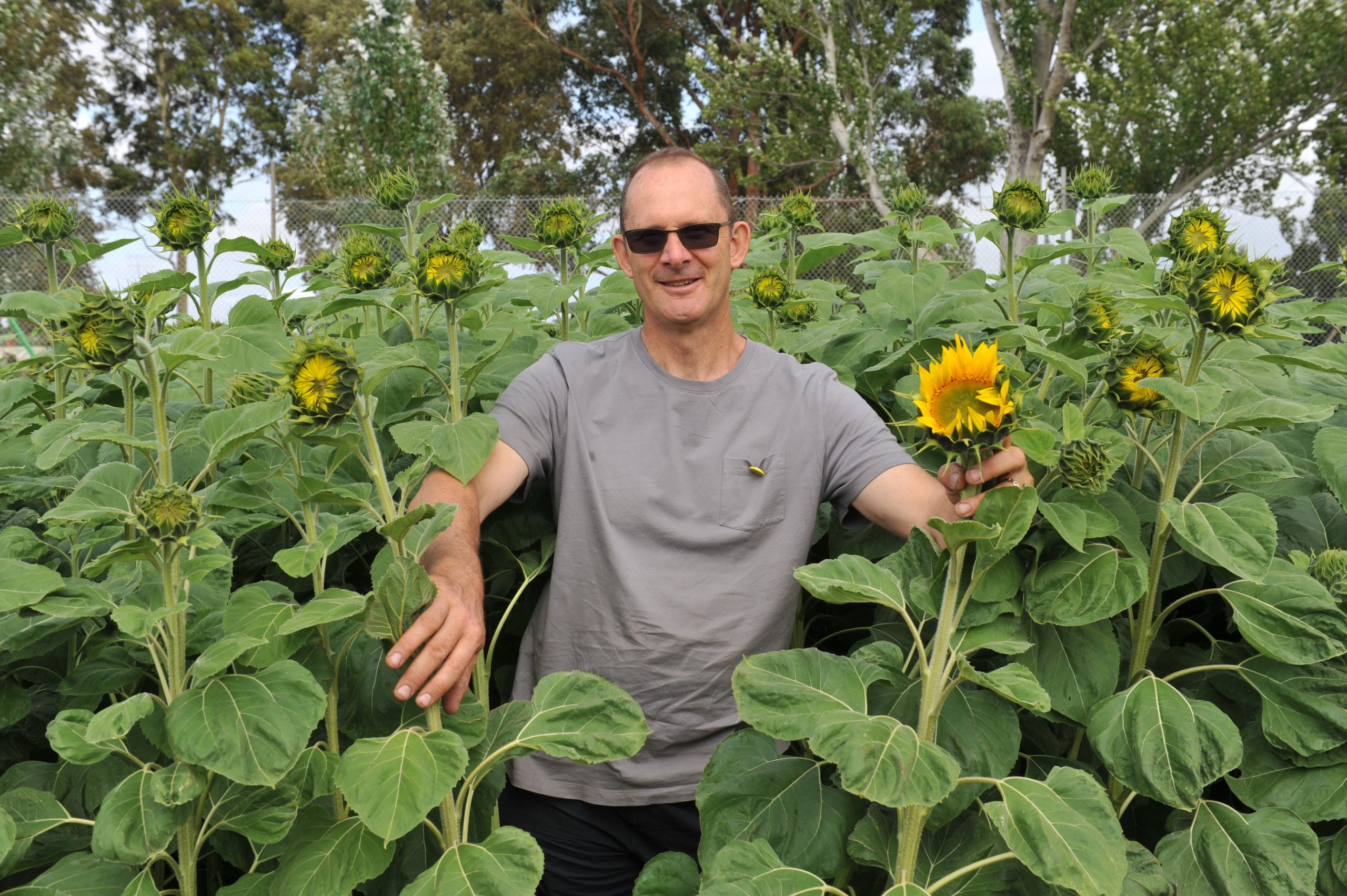 AFTER pulling out the weeds of his former job and planting the seeds of a new career, 53 year-old Tony Lea’s work life is blooming.

The Latrobe Valley resident of more than 30 years joined the ‘Get Sunflowered’ project late last year, after parting ways with his former employer, GippsTAFE.

“I left GippsTAFE not knowing what I was going to do; I’d have a bit of a holiday and a rest,” Mr Lea said.

“We happened to find the ‘Get Sunflowered’ site and the next day was the planting of the sunflowers.

“We thought that would be a good thing to do, so my wife and two boys came down, and what we thought was going to be two hours turned out to be six or seven.”

His passion and knowledge of plants caught the eyes of ReActivate Latrobe Valley staff, who soon contacted the former teacher and offered him employment.

He now works at the Traralgon site three days a week, where he oversees the site’s maintenance along with the growth of about 2000 sunflowers.

Since the project began on Saturday, 6 December, Mr Lea said he had noticed a “nuclear reaction” of community interest.

“I guess that’s the point of the project; to make the community proud of the space,” Mr Lea said.

“Compared to what it looked like about 18 months ago, the whole site looked unloved, but now it looks loved, which is really nice.”

The former teacher now has job security for every six months the project occurs, which might involve more sites in the coming years.

Once the sunflowers have blossomed, their seeds will be kept for future re-planting and the Traralgon site re-vamped to build a community garden.

“But really, that’s the happy bi-product of the whole thing, because it’s really about connecting people and making relationships that can do things for the town,” Mr Douglas said.

For more information about sunflowers or how to get involved, head to the ‘ReActivate: Latrobe Valley’ Facebook page or visit transitingcities.com/reactivate-urban-action/.