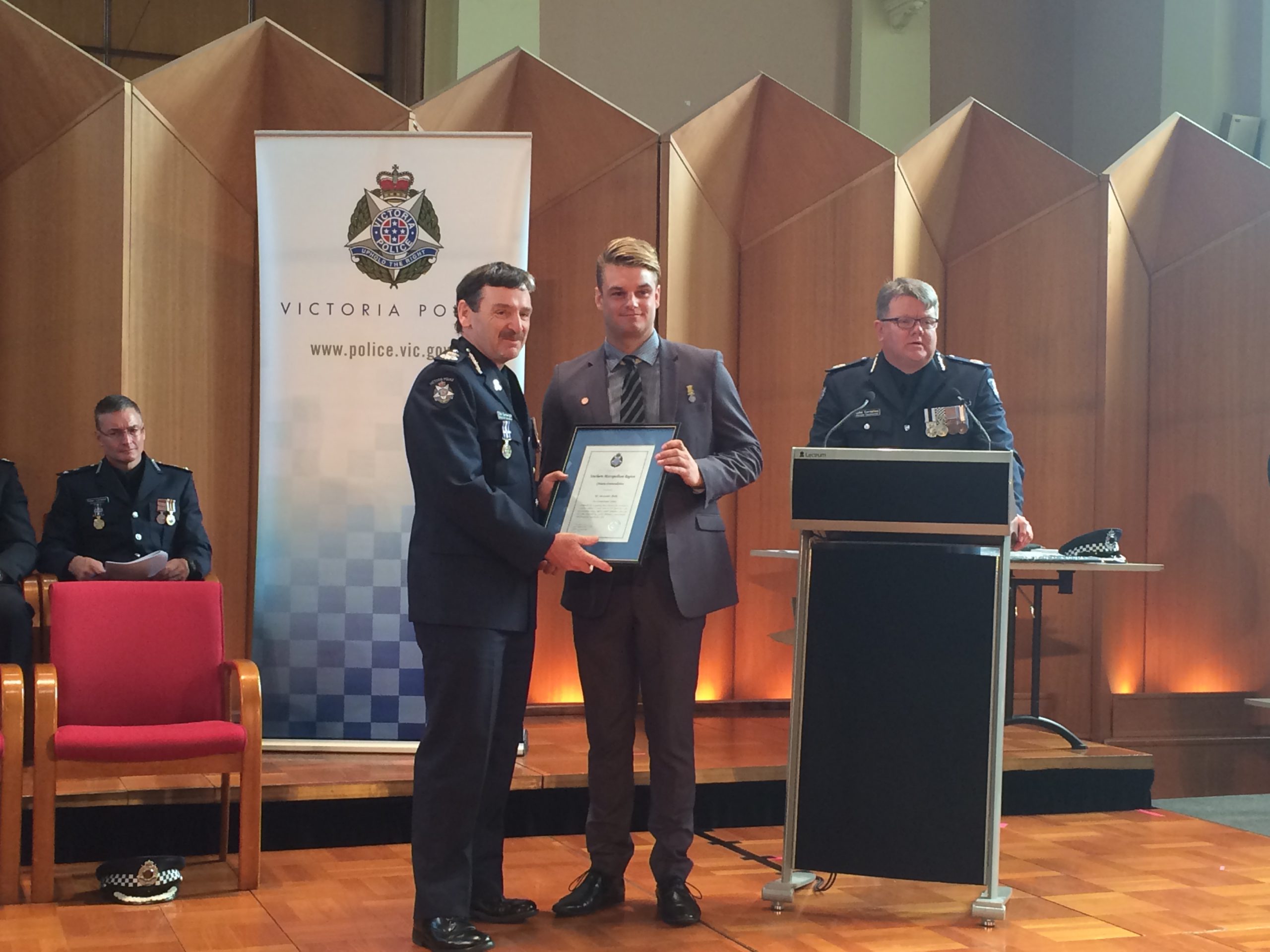 A Traralgon firefighter was formally recognised for saving a person’s life, when he attended a Victoria Police awards ceremony in South Melbourne yesterday.

The award recognises those who have performed a “conspicuous act of bravery” or provided “exemplary service” in association with Victoria Police operations or for the community.

The career firefighter, who joined the Traralgon Fire Brigade in August last year after his service in Hallam, was off-duty when he saved a motorcyclist’s life.

CFA Deputy Chief Officer Steve Warrington said Mr Batty “took the heat out of the situation”, after a crowd had gathered around a motorcyclist facing fatal injuries.

“He walked straight through the crowd and focused on providing CPR and medical support to the injured person, which we believe directly attributed to saving that person’s life,” Mr Warrington said.

“It also took away a lot of the pressure experienced by other emergency personnel who were there at the time.”

Mr Warrington said the 28 year-old’s efforts were a reflection of the training CFA staff had received through the Emergency Medical Response Program.

“We’re hoping to extend that program in Morwell and Traralgon, which will add significant support to our ambulance services in the Latrobe Valley,” Mr Warrington said.

Mr Warrington said Mr Batty was a well-deserved recipient, due to his professional and calming nature that helped provide stability in a stressful situation.

Mr Batty received the award in front of a few hundred people before heading out for lunch with his family to celebrate.

“I’m certainly very proud to receive the award and humbled to be acknowledged by Victoria Police for saving the life of the injured motorcyclist at the incident,” Mr Batty said.

The firefighter of 14 years has since returned to Traralgon, ready to start work this morning.