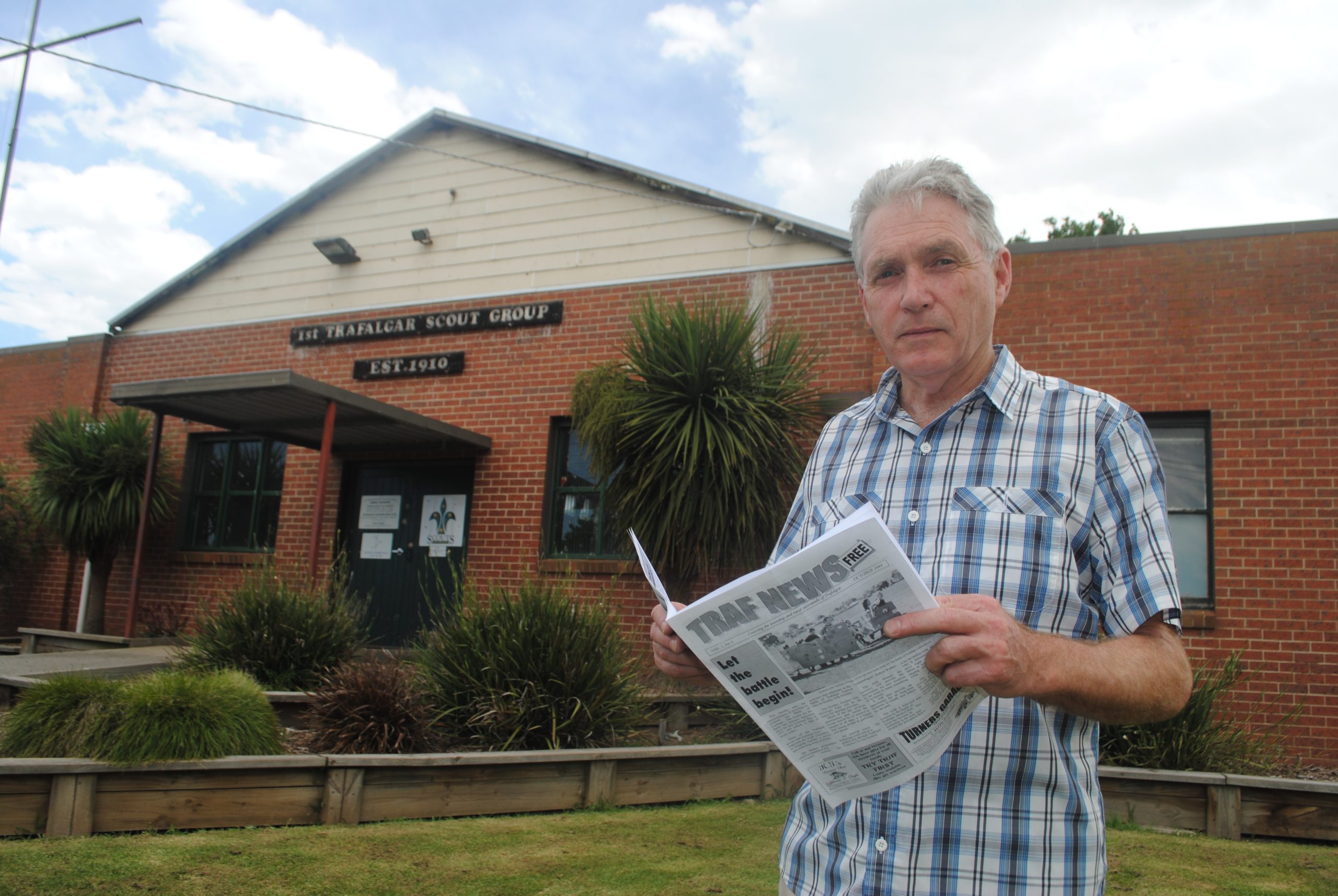 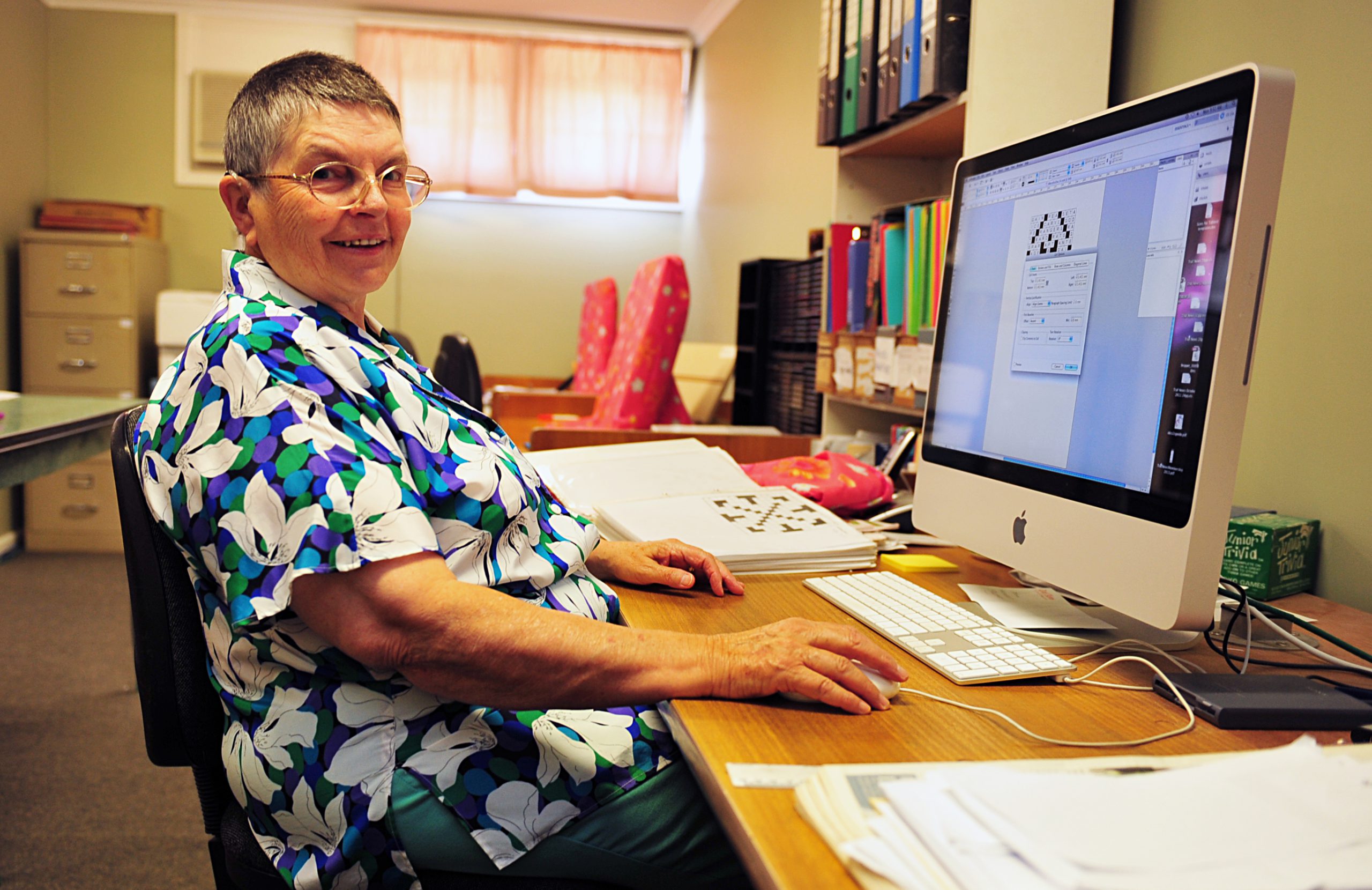 When Trafalgar residents picked up the December copy of the town’s own community newspaper, Traf News, they were met with an unusual message from the editor on page two.

Titled ‘Is Traf News a community asset?’, penned by editor-in-chief and president Mick Bourke, the editorial was a staunch public justification of the newspaper’s existence.

“Until recently, I thought our paper was a valuable asset to the community. Surveys over the past 12 years suggested we were. However, a recent conversation I had suggested otherwise,” Mr Bourke wrote.

“However, do Trafalgar residents think so? Anecdotal and empirical evidence suggests they do. Do Traf News advertisers think so? The level of advertising suggests that local businesses respect the paper and are prepared to be associated with it through their advertisements.”

Mr Bourke said the editorial was in response to a “specific conversation” with a community member “of note”, in which the paper’s contribution to the town was challenged.

Last year the paper took out the inaugural ‘Best Newspaper’ award from the Community Newspaper Association of Victoria.

“That type of recognition of our quality was validation for what we already knew, that we are a primary source of information for the community,” he said.

Tucked away in the Trafalgar Scout Hall alongside a dance studio, the paper’s news office is no bigger than a loungeroom.

It’s the humble nexus of a largely volunteer-run operation, which boasts a modest print run of 2825 copies per month.

Based on a 2011 census, the free monthly colour tabloid’s readership tops 7000, across households and businesses in Yarragon, Thorpdale and Willow Grove.

Like the survival of all print publications, its ongoing existence is directly linked to its ability to attract healthy advertising revenue streams.

“People talk about the demise of print, but my personal view is that if it ever happens it will be years away. People still love reading their community news in print,” noting its website struggles to achieve 1000 hits per month.

“But ultimately it’s the strength of the local economy which dictates our finances, and like all media at the moment, advertising is tight.”

It is a priority reflected in a small payroll, in which a sales representative sits alongside the paper’s finance officer, graphic designer and administrative clerk as the operation’s only paid part-time contractors.

“We’ve got almost 30 volunteers working throughout the month, and that doesn’t include the folding of the newspaper. When (paper) folding time comes around, that’s where the dedication really kicks in,” he said.

“It’s been a labour of love, and a real commitment to the community by the people involved. Without that there’s no question it would not have succeeded.”

The history of the paper is intrinsically linked to that of the town’s. Born out of a period of upheaval in the mid 1990s, Trafalgar shifted from the centre of the Shire of Narracan to the fringe of newly formed Baw Baw Shire during amalgamation.

“The privatisation of Latrobe Valley power industry was felt here too. Large businesses had to close, and the town went from having three banks to one,” he said.

A decade had passed since the collapse of the town’s only commercial newspaper in the late 1980s – and the town was without a dedicated public record for the better part of a decade.

“There was a lot of pressure from the Chamber of Commerce to concentrate on community development. After quite a few meetings, two priorities were identified, the establishment of the Battle of Trafalgar, and a community paper.”

A former servant of the court system and a member of Trafalgar’s Progress Association, Mr Bourke took it upon himself to spearhead the paper’s development.

Planning began swiftly in May 1999, and by October that year, the paper’s first edition was on the streets, compiled on personal computers at the homes of volunteers.

“We were operating largely on naivety then. We were lucky there was a graphic designer among us, but the rest was on a wing and a prayer.

“It was as much good luck as it was planning, but once word got around about what we were doing, people wanted to get involved.”

Beginning as a black and white folded A3 print run, the paper later owed its existence to a risograph printer purchased through a government grant, before making the move to full colour tabloid in 2011.

“It’s cheaper to print tabloid than buying A3 sheets and printing in house, and at the same time we can produce a better product,” Mr Bourke said.

Sitting in a coverage overlap between two neighbouring papers, Mr Bourke said the town’s story was often drowned out by larger interests.

“The Express and the (Warragul) Gazette can’t be all things to all people. When you’re in the overlap zone like that, sometimes you only see one or two articles, and that’s not enough to document the history of the town,” he said.

For Mr Bourke, the town’s biggest ongoing story lies in the town’s rapid expansion – one third of the town’s current population has arrived in the past six years.

“The town is really growing, and that’s placing some serious stress on infrastructure, parking and parks. So it’s a constant battle for the town against the shire’s broader priorities to address that,” he said.

While he labels the paper’s ongoing survival for 15 years as its biggest “success”, he said it would only continue with ongoing assistance of Trafalgar’s “passionate” community.

“After 15 years volunteers start to get tired, so we are always looking for fresh blood. There’s a fair bit of work at times, and more than we can spread across ourselves at times.”