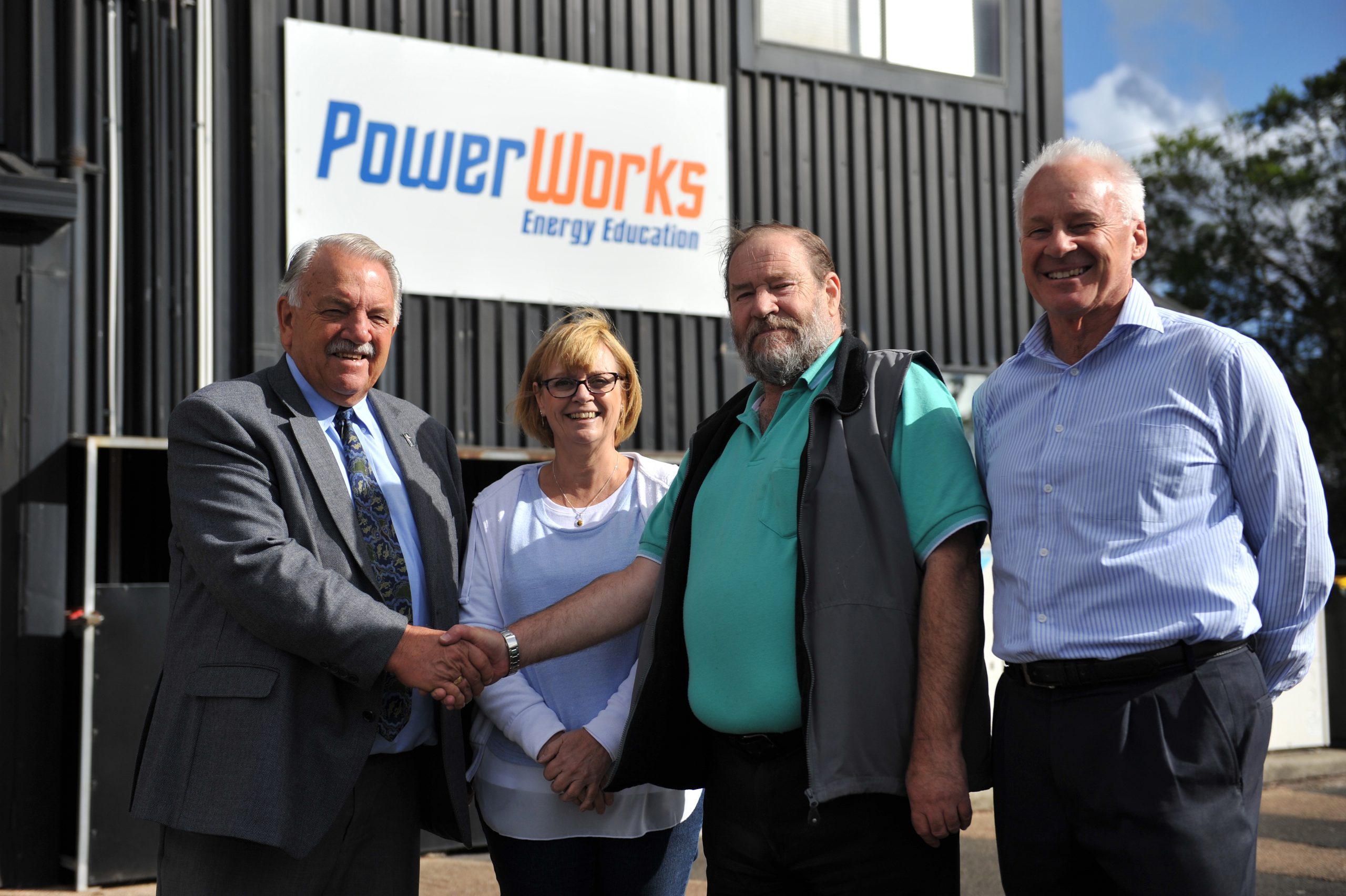 A two-year push to reopen Morwell tourism institution PowerWorks has passed a significant milestone, after the facility was gifted to a community group by the power industry last week.

Ownership of the dormant PowerWorks facility, closed since late 2012, and five hectares of surrounding land was transferred on Thursday to Powerworks Holdings Ltd, a group established to save the once-popular tourist attraction. The transfer comes after months of negotiations between the not-for-profit group and power generators on the PowerWorks board – AGL, EnergyAustralia and GDF SUEZ Australian Energy – aimed at handing over ownership and future management of the facility.

Powerworks Holdings chair and former SECV worker Darrell White said the transfer came after a complex legal process and negotiations with power companies which took “much longer than hoped”.

“Until that handover happened our hands were tied. Now we need to develop a plan to operate this thing,” Mr White said.

PowerWorks closed its doors on 21 December after recording losses of about $660,000 in the two years prior, despite $4 million in funding from generators over a decade.

The losses were largely blamed on a tourism exodus in the brown coal sector, which reportedly sustained a 50 per cent drop in visitors from 2008 to 2012.

With the ownership transfer complete, Powerworks Holding is calling on volunteers to assist in the future operation of the facility, which would largely remain a community-led institution.

“The goodwill and pride in the role the power industry has played in the creation of the Valley and wider Victorian economy is strong, and we believe there are people out there with a strong connection to this place which we would like to see get involved,” Mr White said.

“We’ve got to harness that pride in the industry and work out how we can use it.”

“We hope (PowerWorks) will be ‘talked up’ by our community to ensure that local, state and interstate diverse visitor attraction is maximised in the future.”

He flagged the possible establishment of a ‘Friends of PowerWorks’ Group, through which volunteers would assist in rostered roles such as visitor information guides and garden maintenance.

Mr White said leasing arrangements for Telstra and AusNet Services towers on site would provide a “steady income stream”, and he flagged the possibility of a room onsite to lease out for extra revenue.

He said hours of operation would be determined by what the group could afford.

While Mr White ruled out a revival of mine and station tours – experienced by many Latrobe Valley primary-schoolers of yesteryear – he said younger generations were very much in the group’s target audience.

“So many Valley immigrants found their new start in life here and as such the industry is a significant part of the social fabric, and this needs to be understood by this generation and future generations,” he said.

“But we’ll be looking to include new forms of generation such as wind and solar which will perhaps need some more attention at PowerWorks to reflect the new reality.”

Mr White could not stipulate a potential opening date, other than to say we “will open it as soon as possible”.

A statement from the outgoing PowerWorks Board described the handover as a “significant win” for the community.

“We are pleased that we have been able to successfully transition the business to a new ownership structure and enable PowerWorks to be retained as an important community asset,” board chair Michael Freeman said.