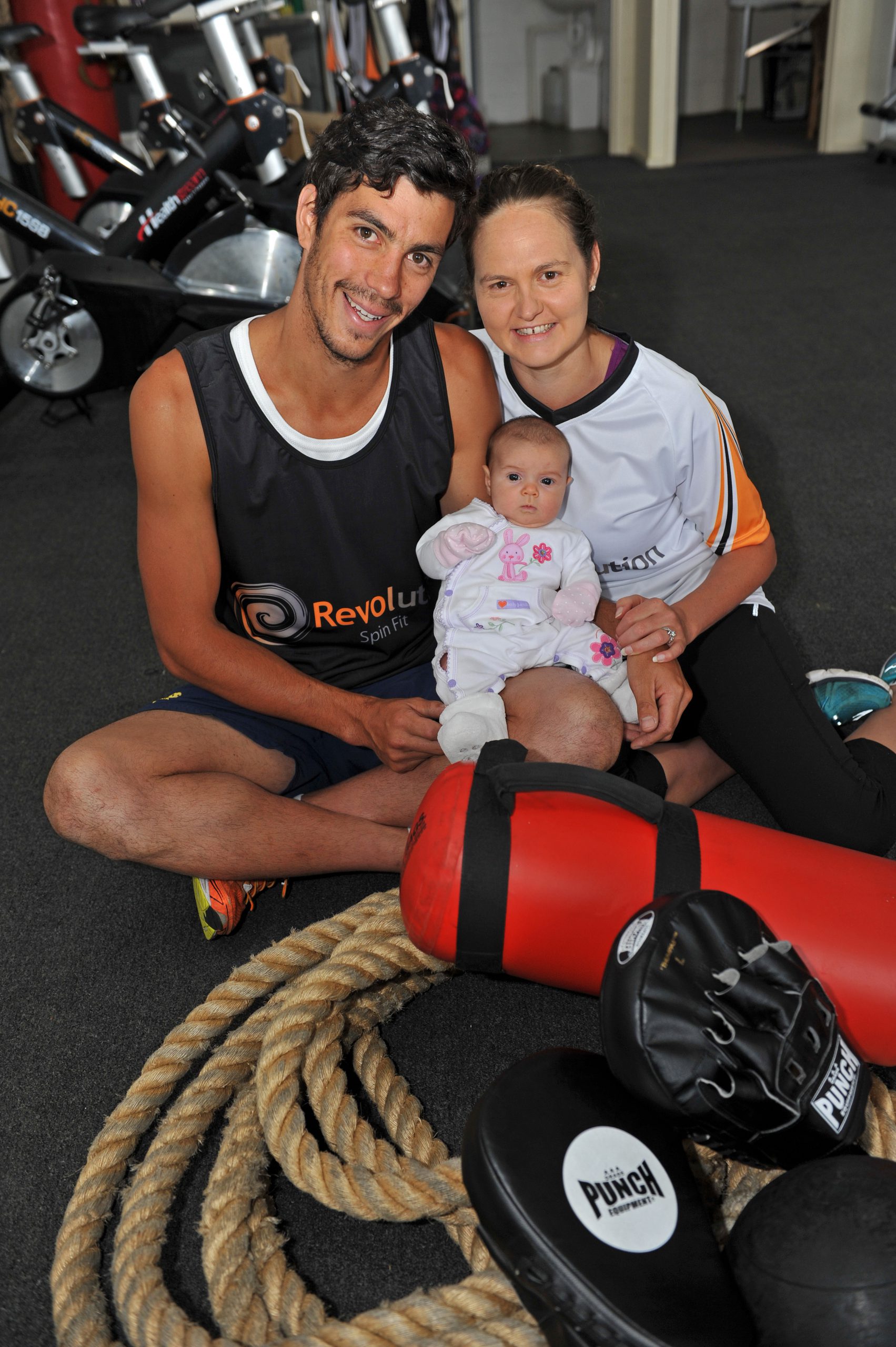 When Andrew and Narelle Crozier’s baby daughter became ill at 17 days old, the Traralgon pair took her straight to The Royal Children’s Hospital.

Baby Vivienne had been sleeping for long periods of time, wasn’t waking for feeds, and had developed a cold sore.

“We walked in (to the hospital) and didn’t even sit down, just straight in, straight through and then within 15 minutes there was about eight people there, ready to go,” Andrew said.

“They did a full septic workup and a full screening.

“She had picked up some sort of viral infection.”

Vivienne was placed in the hospital’s Neonatal Intensive Care Unit.

“They put us up at Ronald McDonald House, which was amazing, because I was still feeding.

“I had a midwife come and see me every day, I had a lactation consultant seeing me every day. The support that we got as parents was phenomenal.”

Narelle said in the early hours after Vivienne’s first night at the hospital, she started to show significant improvement.

“She woke up for the first time and she actually cried and that was music to my ears,” she said.

“That was just the best sound ever hearing, because she hadn’t cried for a day or so.”

After a five-day stay at RCH, the now nine week-old Vivienne is healthy and growing.

Andrew and Narelle will be forever grateful for the care their daughter was given.

Through their gym Revolution Spin Fit, the couple will hold a boot camp fundraiser for the RCH Good Friday Appeal at Traralgon’s Agnes Brereton Park.

“It opened our eyes when we were there to how much the doctors and nurses do for everyone else,” Andrew said.

“It doesn’t matter how sick you think your kid is, there are always 100 kids 10 times worse.”

The two-and-a-half hour boot camp is open to people of all abilities and will feature six workout stations including boxing, agility, strength and resistance training.

Entry is $20, with all proceeds going to the Good Friday Appeal. Participants are not required to complete the entire two and-a-half hours.