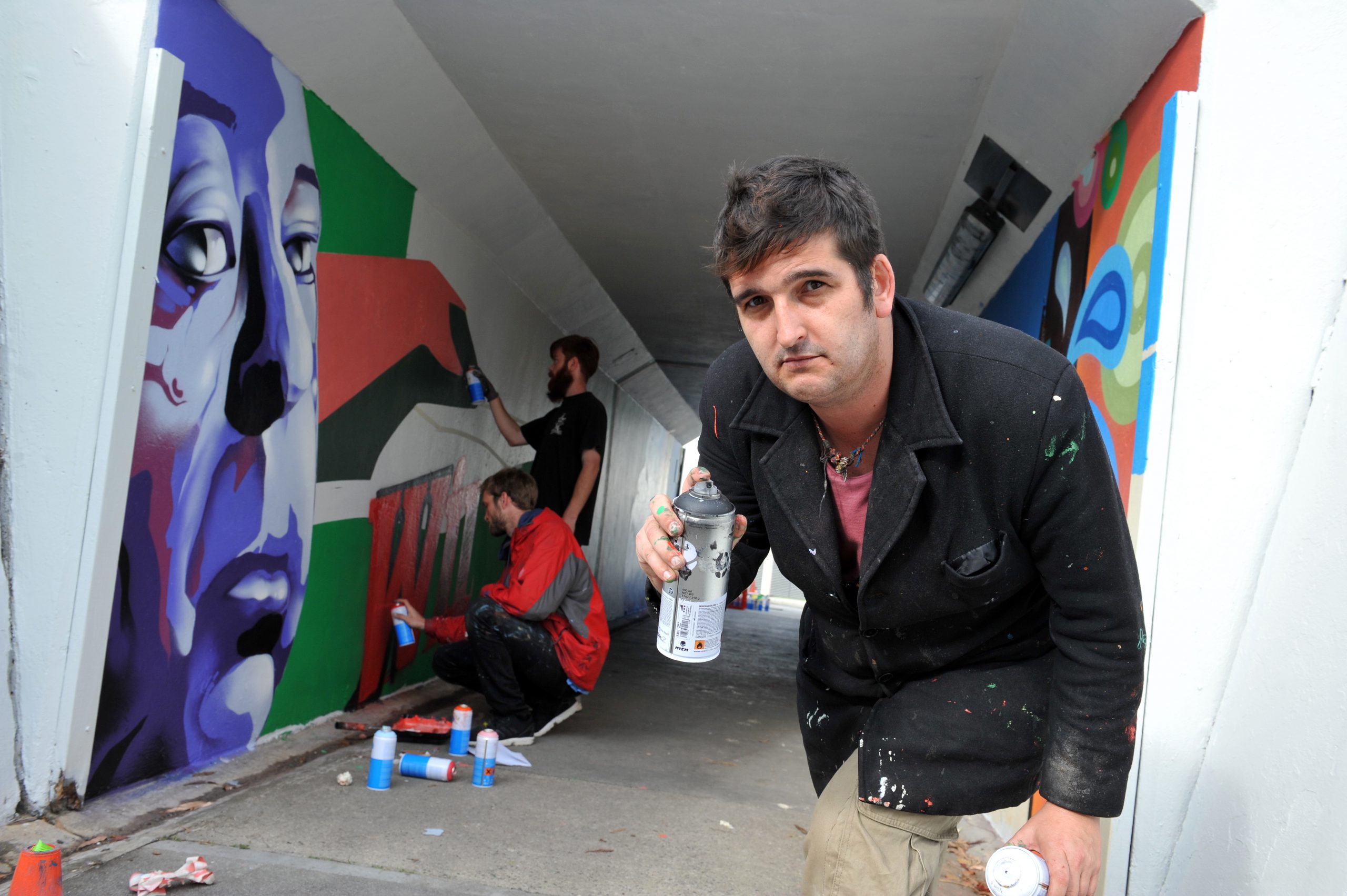 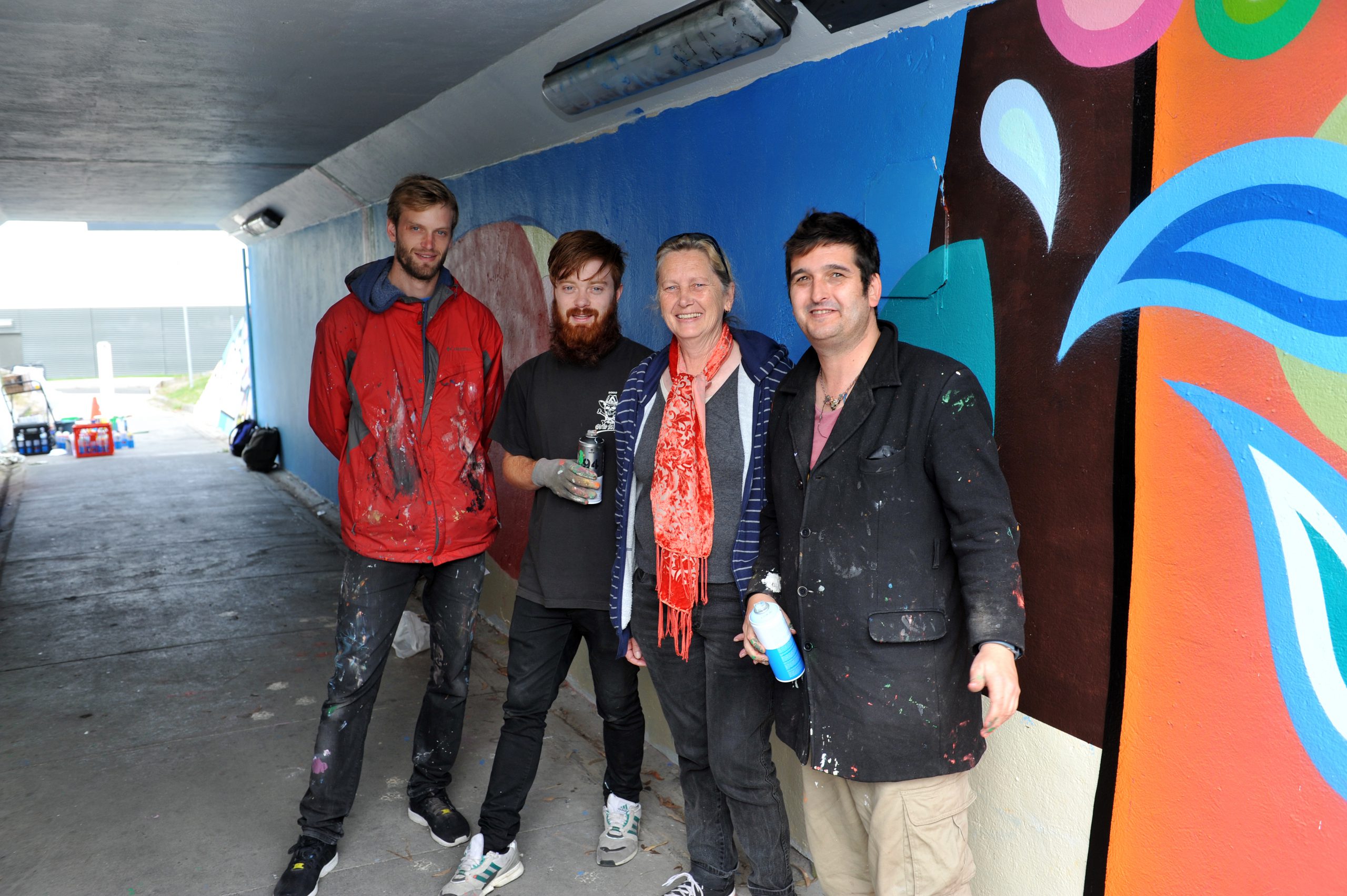 A CREW of Melbourne street artists are transforming a graffiti-tag hotspot into a public mural in Churchill.

The pedestrian underpass that links the western suburbs to the town centre is getting spray painted by Adrian Doyle, simply known as ‘Doyle’ in the Melbourne art scene.

Doyle said he didn’t want to be the ‘big city dude’ coming in and creating a piece, and had consulted the community about the mural’s design.

He described it as ‘tongue-in-cheek’ but also respectful, with an image of movie director Alfred Hitchcock posing as former British Prime Minister Winston Churchill – who the town was named after.

An image of a whale, with a technicolour scale tail is also a reference to the local indigenous community, but Doyle said he also just wanted to trigger nostalgic reactions.

“I think it’s really brave for Churchill to do something like this,” Doyle said.

Doyle said he had also considered the town’s social diversity, from intellects at Federation University Gippsland to low income earners.

“It’s all different kinds of people that live here. It’s a mining town, but it’s absolutely beautiful, so we tried to capture some of that and bring aspects of industrial irony,” Doyle said.

Churchill and District Community Association president Margaret Guthrie said because the town was only built in the 1960s, it didn’t have the historical sites of significance other country towns had.

“So we’re trying to create some of that,” Ms Guthrie said of the mural.

She said the work may be controversial like the abstract Churchill War Memorial, but it was about open interpretation.

“Different people will see different things and argue about it,” Ms Guthrie said.

Latrobe City Council has recently installed lighting in the underpass to deter any further graffiti.