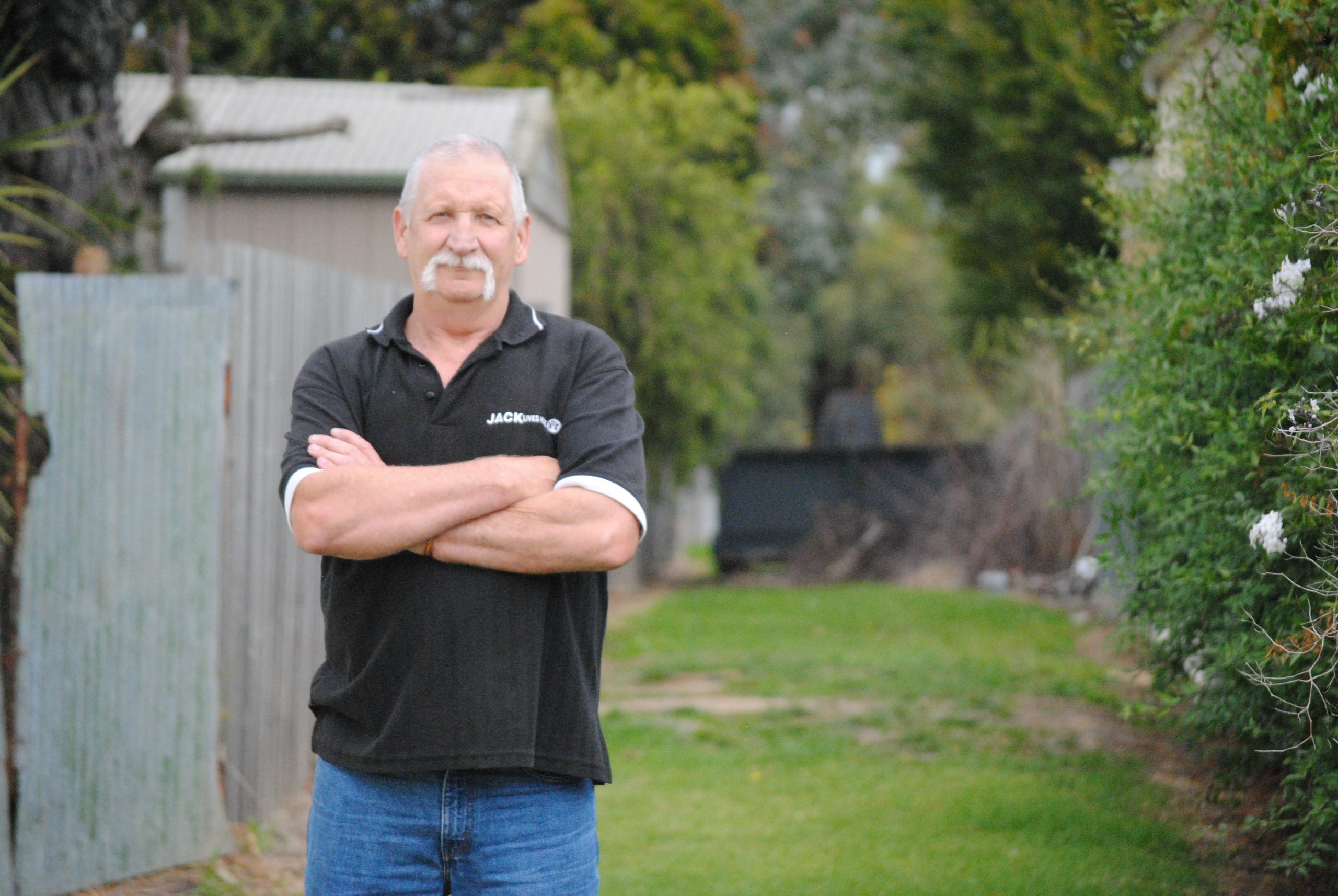 A MORWELL resident’s campaign to hold Latrobe City Council to account over a botched response to a recent asbestos scare has led to an overhaul of internal health service procedures.

Described as a “major win” for community activism, Latrobe City will now ‘fast track’ clean-up of dumped asbestos or suspected asbestos on council-owned or managed land.

Council will also professionally analyse all suspected asbestos – a carcinogenic material which can lead to terminal disease up to 30 years after inhalation – before handling.

The tightening of response protocols comes after power industry rigger Jim Gore chastised council over its response to a report of dumped asbestos in a residential laneway on 17 February.

More than a month later his complaint had been addressed by three separate council representatives, one of whom initially denied the dumped material was asbestos.

The material was also chopped up by a council lawnmower days after the initial complaint.

Broken fragments still remained on site more than a month later, despite formal clean up attempts by council, forcing Mr Gore to collect the material himself.

“We will implement a number of improvements to our procedures to ensure that cases involving the removal of suspected asbestos are dealt with in a timely and professional way,” Mr Tong said.

Under the changes, all contracted environmental health officers will now be required to read, and sign, that they have understood Latrobe City health service procedures.

Council has also committed to use the new procedure to deal with any remaining asbestos in the laneway.

This is understood to include excavation of a top layer of soil along the affected area.

“In the light of this incident, Latrobe City Council will be looking at ways to better promote its asbestos removal kits which are available for the community to use,” Mr Tong said.

Almost two months after making the initial complaint, Mr Gore said he was now happy with how seriously council was treating the matter.

“If they had have done it seriously in the first place we probably wouldn’t have gotten to this stage,” Mr Gore said.

“It seems like an alright outcome that they have realised that they really did muck up on this and have changed a few procedures.”

Gippsland Asbestos Related Disease Support group secretary Vicki Hamilton described the ordeal as a “very contentious issue” that should not have escalated to front page news.

“We are pleased that management have resolved the situation and put in place long overdue steps to addressing a very serious concern of dumped asbestos,” Ms Hamilton said.

“Jim was getting so frustrated and angry, but he kept to the game plan and did things by the council rules and that was the best thing because we knew they would not follow what should have been common sense rules.

“Well done to Jim who got the outcome in the end he had been expecting when he first reported the dumping of asbestos. It is wonderful to see Jim finally having his concerns taken seriously.”