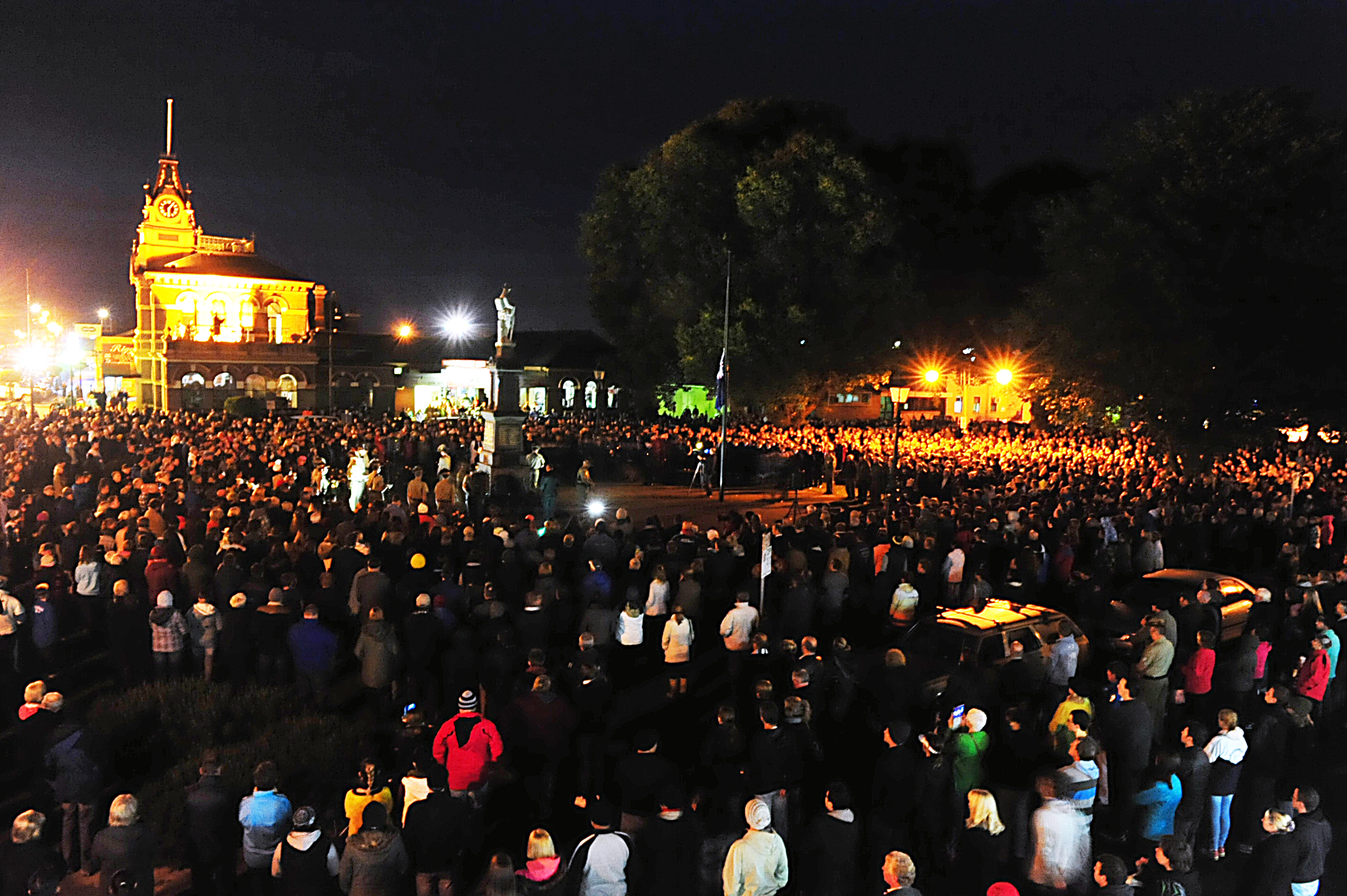 The cost burden of closing roads for Anzac Day services in the Latrobe Valley is falling to local RSLs with one revealing last year’s event cost $10,500 – money that could be spent on veteran welfare.

This year Latrobe City Council covered the cost of traffic management for the Moe, Morwell, Traralgon, Yallourn/Newborough and Yallourn North Anzac Day services as a one-off for the centenary commemoration.

RSL presidents are pushing for this support to continue, but council and the Federal Government cannot agree whose responsibility it is to provide the funding.

“The Traralgon RSL is only a custodian of the event, but the event belongs to the community of Traralgon.”

Mr Harrison said signage and contractor costs to close roads for the Traralgon and Glengarry services last year amounted to $10,500.

“It impacts on the ability to provide our veterans with care, paying their bills and looking after them,” he said.

Moe RSL’s road closure costs would also be in the thousands, if it weren’t for a local road-sealing company volunteering its time and staff.

The Yallourn North Fire Brigade carries out traffic management for the Yallourn/Newborough RSL service and the RSL estimates without this support its costs would be more than $2000.

Morwell also has a volunteer arrangement.

Latrobe City mayor Dale Harriman said council was proud to have funded this year’s road closure costs, but called on the state and federal governments to fund traffic management into the future.

He said the Veterans’ Affairs Minister had advised him the Federal Government was not in a position to fund local traffic management.

“I am happy to work with council to try to find a more cost-effective model which may involve inviting community groups like the CFA and SES to provide the service in return for a donation, rather than high-priced contract arrangements,” Mr Chester said.

Mr Harrison said the Traralgon RSL used to pay the Ulysses Motorcycle Club $500 to carry out the road closure, with that money going back into the community.

However, he said that arrangement ceased in recent years because the club was told it needed public liability insurance to continue to help out, forcing the RSL to employ a contractor.

“It was once a case of drag a road closed sign over half an hour before they march,” Cr Middlemiss said.

“What’s been done in every community for 100 years, now involves red tape and procedures.

“It’s a gathering trend to pass costs down to ratepayers and I think it’s time they (state and federal governments) all paid their share of costs of these things.”

A spokesperson for State Roads Minister Luke Donnellan could not be drawn on whose responsibility they believed it was to fund road closures for Anzac Day.

They said under the Road Management Act, VicRoads approved all freeway and arterial road closures and event organisers needed to submit a traffic management plan “to demonstrate that participants and other road users will be safe and that public transport and detour routes have been considered”.

They said costs would vary depending on the traffic management plan and the level of insurance required.