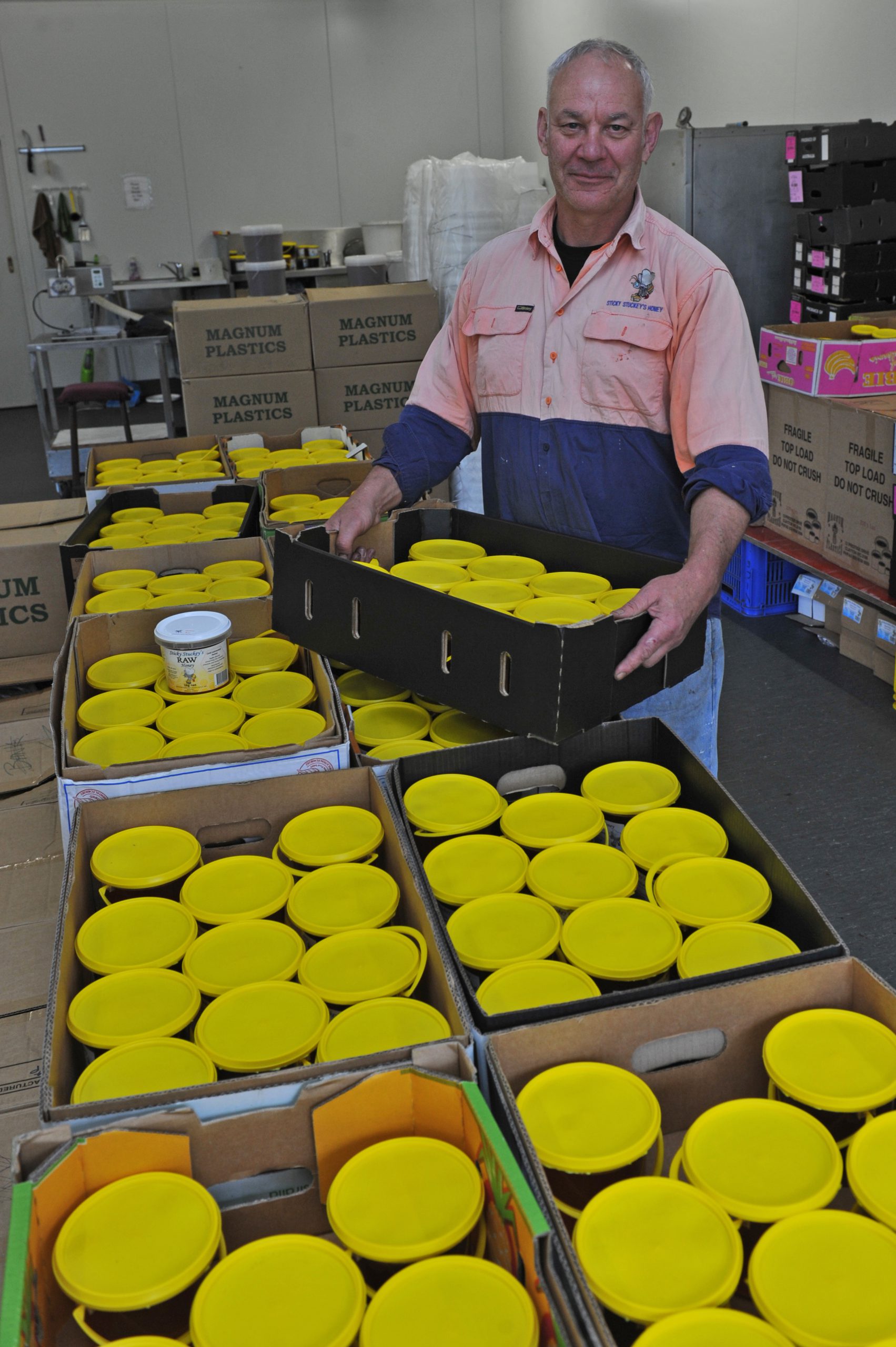 Flynn honey producer Neil Stuckey of Sticky Stuckey Honey can only put the honey shortage down to bad weather and deforestation, which has led to a decline in his honey collection levels and varieties.

“Weather conditions and deforestation in Australia are the problems even though we don’t realise it,” Mr Stuckey said.

“We’ve had three bad years in a row which is unseen before and the price of honey has gone up on what it was this time last year.”

Mr Stuckey said he would usually collect from his beehives once or twice in one location and then relocate them.

“Now you might only get a half fill (of honey) and then you have to move it again so it’s hard to get distinct flavours I’ve always had in the past,” Mr Stuckey said.

“It’s even hard to get 10 varieties whereas I’ve normally had up to 20 varieties each year, so it’s a bit tougher.”

While deforestation and weather has been bad for the bee industry, Mr Stuckey said chemicals sprayed on and diseases stemming from canola were now more common.

“They’ve always been there but they’re just popping up all the time now,” Mr Stuckey said.

Times are tough for Mr Stuckey due to the decline in the array of honey flavours from different flowers, which usually act as the focal principle of his business.

Mr Stuckey has now released Raw Honey – honey that has not been heat treated – as a drawcard.

“You can kill the flavour and the nutrients of it if you overheat it,” Mr Stuckey said.

Even though Mr Stuckey has prominent honey distribution in shops across Gippsland, he maintained the difficulty competing with honey produced in China and sold as Australian products, was it could be purchased for $2.10 per kilogram, compared to his $6 per kilogram of honey.

“The labelling laws are still wrong, even after the berry scare it popped up again that they’re going to change the labelling laws, but then it all fizzes out again,” Mr Stuckey said.

“In saying that, people that get on good honey, they don’t buy rubbish again, so I’ll just keep plugging away and doing it.”

When The Express asked if Mr Stuckey believed next year would be better for honey, he said he remained hopeful.

“Every year you just sweat it out and hope it’s going to be a better year next year.”