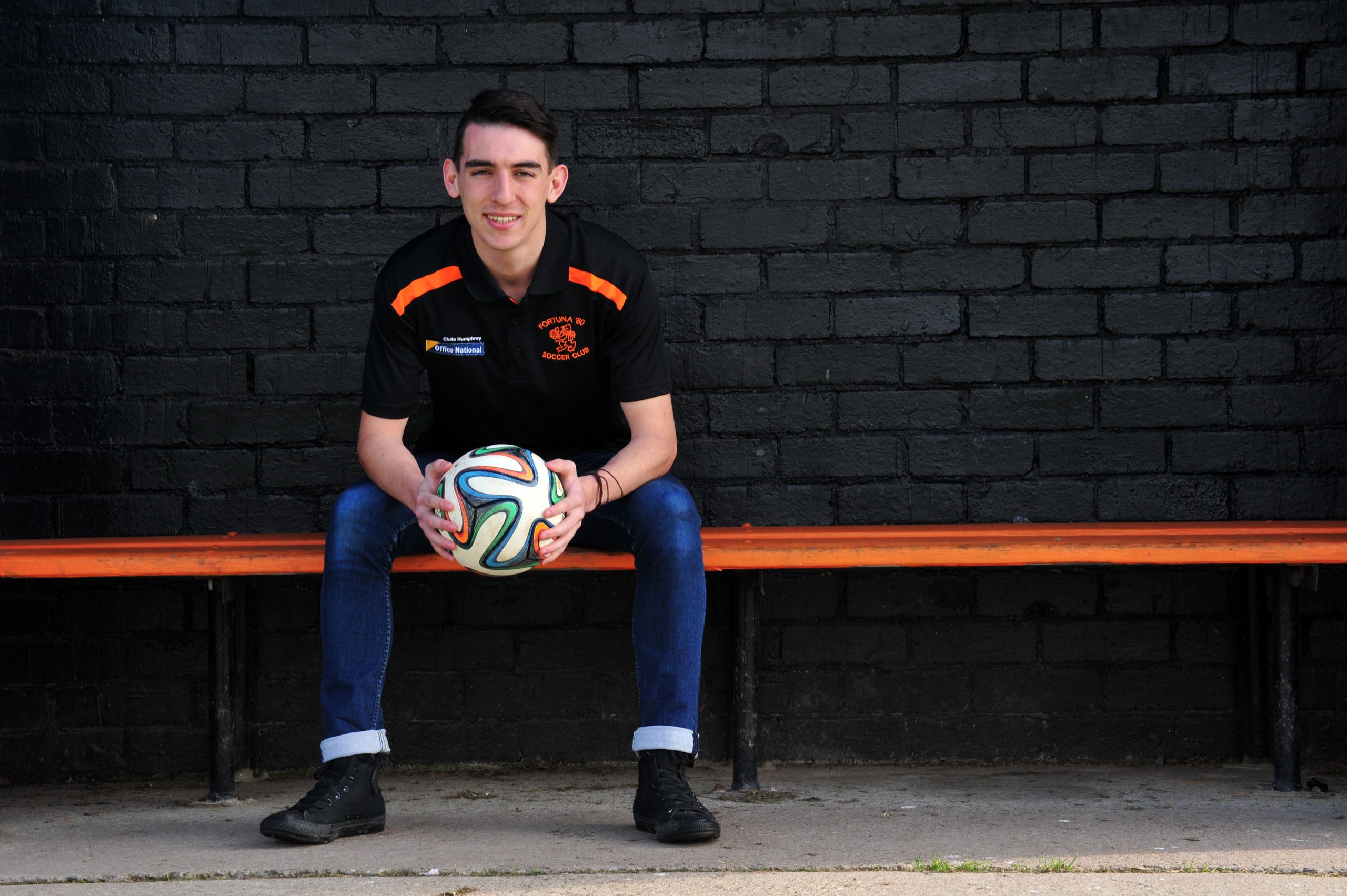 FORTUNA’S Bailey Mangano has traded his orange shirt for stars and stripes in a bid to further his burgeoning football career.

The Jeeralang 18 year-old, who turns 19 this month, jetted off to the United States yesterday to take up a soccer scholarship with the University of Jamestown, one of the country’s top 25 academic sporting colleges.

Made possible through his involvement with the National Scouting Report, which filters Australian sporting talent into the US college system, Mangano will join the ‘Jimmies’ for their 2015-16 NAIA campaign.

With the opportunity to trial for Major League Soccer feeder competitions in the off-season, the Latrobe Valley export hopes to springboard into a professional career.

Mangano said he was attracted to U of J through correspondence with head coach Tommy Nienhaus.

“I’ve talked to the coach a lot on Skype… he seems quite interested to get me over there and the program sounds very good,” Mangano said.

“They play a lot of games, they train very hard, I feel like I’ll get a lot out of it.

“I’m excited I feel like it might not have hit me yet, but I’m really looking forward to it. Had to say goodbye to a few friends which was a bit upsetting, but I think I’m really going to enjoy my time there.”

The versatile winger, who can also play up front, began his junior career with Churchill aged six, before transferring to Falcons for most of his adolescence.

In 2012 he was invited to trial for the NSR, a talent scouting organisation which seeks not only quality players, but quality characters, for its scholarship streamline.

Mangano made the tough call to forgo Melbourne City trials in favour of the NSR, and was rewarded when he was invited back for an interview from the field of 60 players who tried out.

“I was a bit conflicted where to go, but I made the right choice,” Mangano said.

From there the budding talent began compiling match footage, photographs and achievements to create a package for college scouts while playing state league for Morwell Pegasus’ reserves under Luke Cheney in 2013.

It was a return to the Gippsland Soccer League last season with the Orangemen however which reinvigorated Mangano’s passion and drive to succeed.

“I was watching a game and they (Fortuna) asked me to come to training and I did, I really, really enjoyed it, it’s probably my favourite club I’ve ever played at. I felt really at home here, it’s a good club,” he said.

When the under 21 competition disbanded in 2015 Mangano quickly rose to the senior team, where he netted four goals in eight appearances in a breakout season.

“To be honest I’m probably most proud of this season I’ve had so far. It’s been kind of a breakthrough season for me,” he said.

“The club’s really encouraged me to grow as a player. It’s been really good for me, I feel like I’ve learnt a lot.

“I’ve been getting a lot of support from the club and I’ve just really enjoyed my time here, it’s probably my favourite achievement just having fun playing soccer.”

Prior to an August pre-season start at Jamestown, where he will major in psychology, Mangano will spend some time in New York holidaying with family.

Wherever his football journey takes him, he won’t soon forget the Morwell club that sent him on his way.

“I’d probably just like to thank the club for all their support this year, they’ve been really good for me,” he said.

“They have a lot of heart for a club. Everyone will give the full 90 minutes every time.”