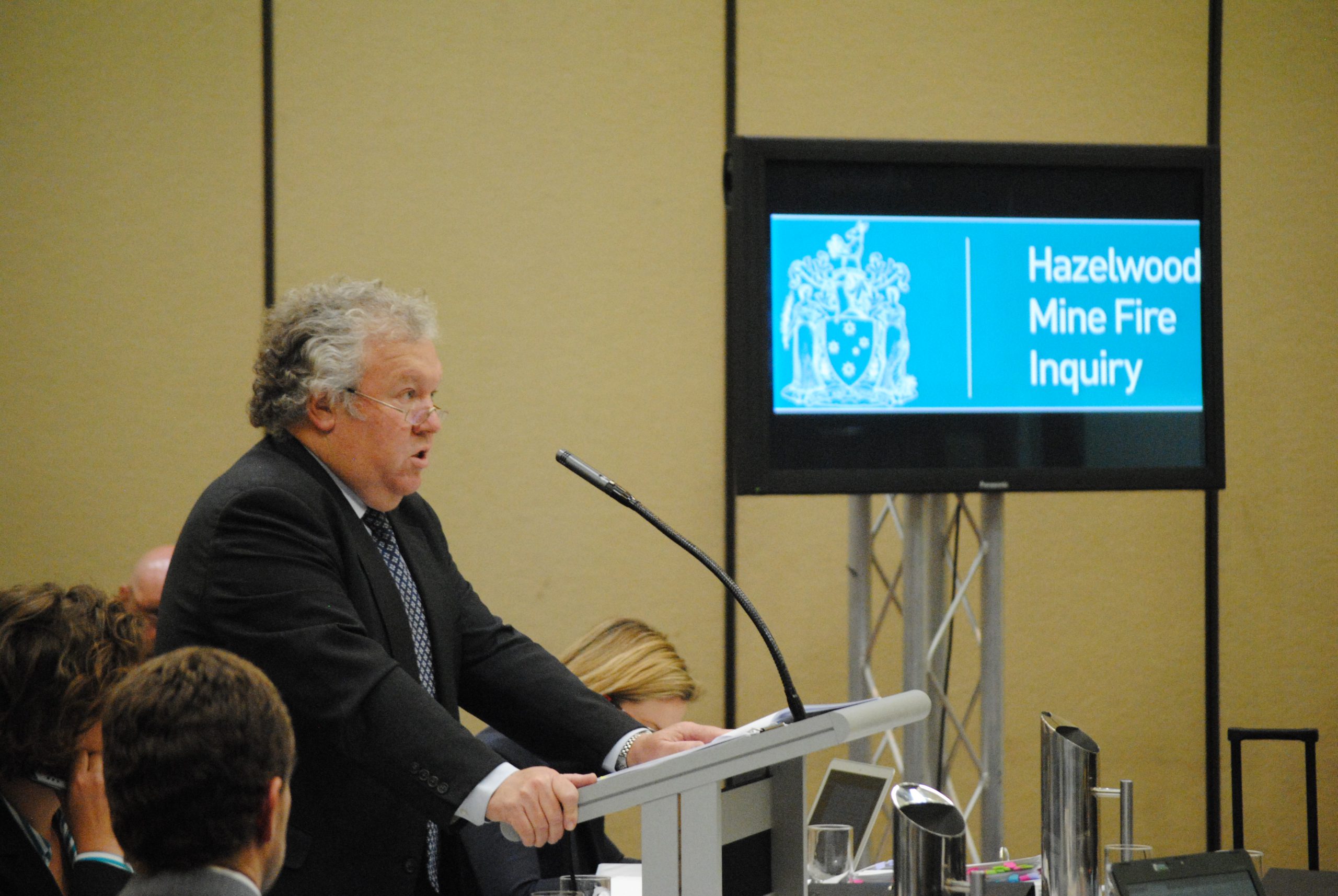 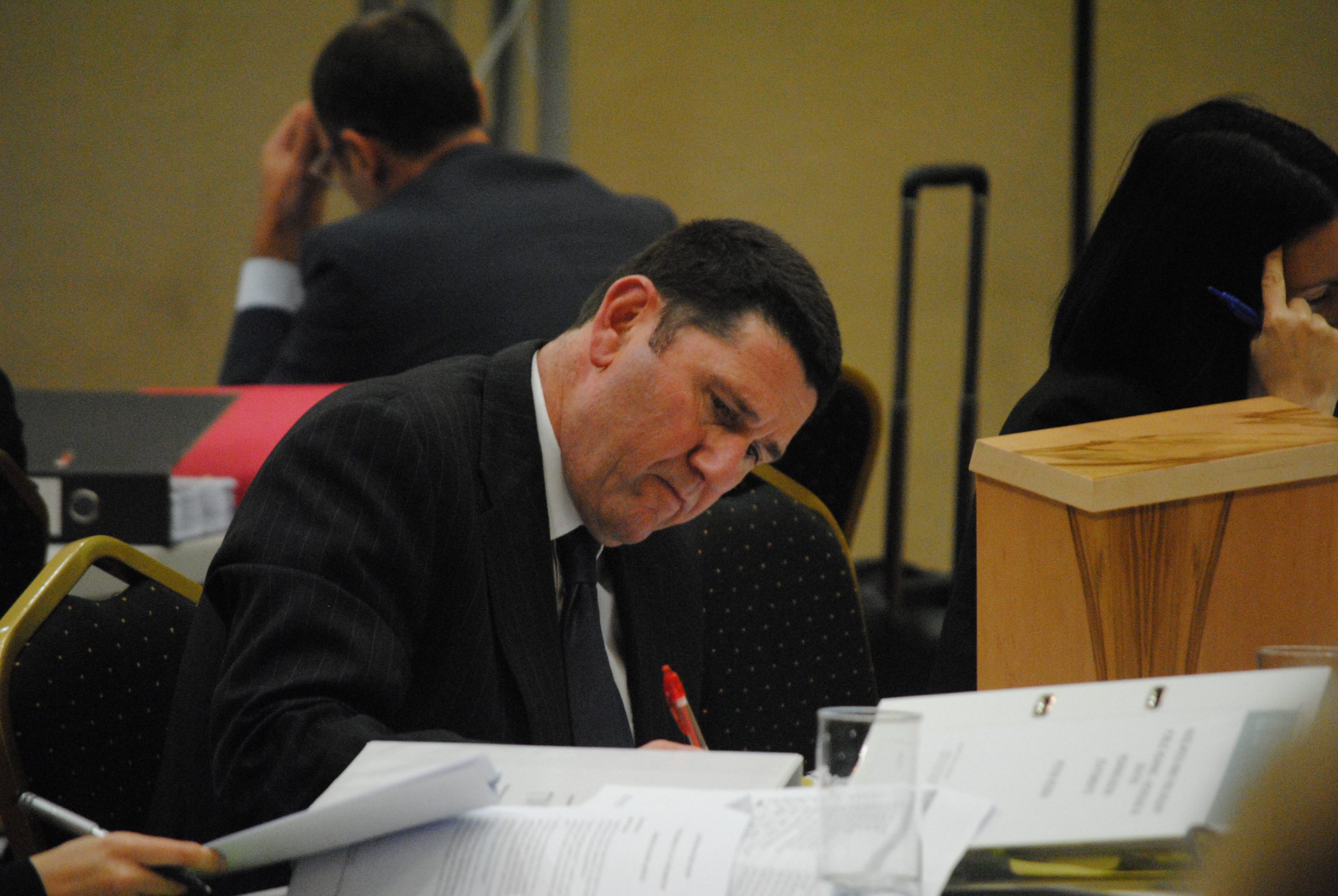 The board of the Hazelwood Mine Fire Inquiry has been implored to follow two very differing courses of action in ruling on whether the blaze caused extra deaths in the Latrobe Valley last year.

The inquiry heard the closing submissions of four separate legal teams at Kernot Hall in Morwell yesterday, with parties evenly split as to how much weight should be given to statistical evidence in a report meticulously scrutinised during public hearings last week.

Compiled by a team of epidemiologists and statisticians, the Joint Expert Report drew largely from an analysis of death certificate information correlated with postcodes data from 2009 to 2014, concluding there was ‘moderate’ evidence for a relative increase in deaths in the five months following the fire.

However, the report found only ‘some’ evidence death rates during the fire (February and March 2014) were greater than the overall mortality increase from February to June.

Debate between parties through their final submissions yesterday centred on scientific limitations in data used to compile the report, and the potential causes for a decrease in mortality rates in the Morwell postcode during the mine fire. Lawyers representing community advocate group Voices of the Valley argued the report, augmented by a range of extra evidence presented during the inquiry, would enable the board to make a “probable” finding the mine fire caused extra deaths.

This was agreed to by counsel assisting the inquiry Peter Rozen who said a determination by the board “along the lines of probability” could be an “entirely appropriate” way to make a finding.

However, this was strongly opposed by legal teams representing Hazelwood mine operator GDF SUEZ Australian Energy and former Victorian Chief Health Officer Dr Rosemary Lester, which argued the information in front of the board was undermined by scientific limitations and speculation.

“The evidence essentially comprises of a statistical analysis open to a number of different and opposing interpretations,” GDF SUEZ’s submission stated.

Meanwhile, Dr Lester’s lawyer, Chris Blanden QC, implored the inquiry board to proceed with the “upmost caution” given the seriousness of the matters in question.

“The community of Latrobe Valley is not best served by a report based on inaccuracies and especially based on the evidence produced, based on limitations,” Mr Blanden said.

“We submit the board is not reserved to make a finding one way or other, and that the long-term health study is the best way to deal with any statistical alteration in the evidence.” The board is due to hand down its health findings and recommendations in December.

Drawing on extensive criticism levelled at the State Government and Dr Lester during the inquiry over an “adversarial” response to VotV’s concerns of increased mortality rates, counsel assisting the inquiry submitted five proposed recommendations for the board.

“The board has had the benefit of very thoughtful and considerate information particularly from four expert witnesses that the joint report, when considered in light of statistical evidence, provides in our submission a secure basis for making the findings we are urged to make,” Mr Rozen said. The proposals included calls for the State Government to commit to improve community engagement in health as a matter of urgency, and a more rigorous process for the investigation and consideration of public health matters.

In a brief closing submission on behalf of the State Government, a lawyer acknowledged the ‘State’ did not adequately communicate with VotV in respect to the concerns of increased mortality rates.

“The State considers that it is open to this board some mistakes were made and some of its processes could even be improved.”

The lawyer highlighted efforts the State Government had already made to improve community engagement, including a decision to reimburse VotV for $485 it spent applying for information from the Births, Deaths and Marriages register as part of its initial investigations.