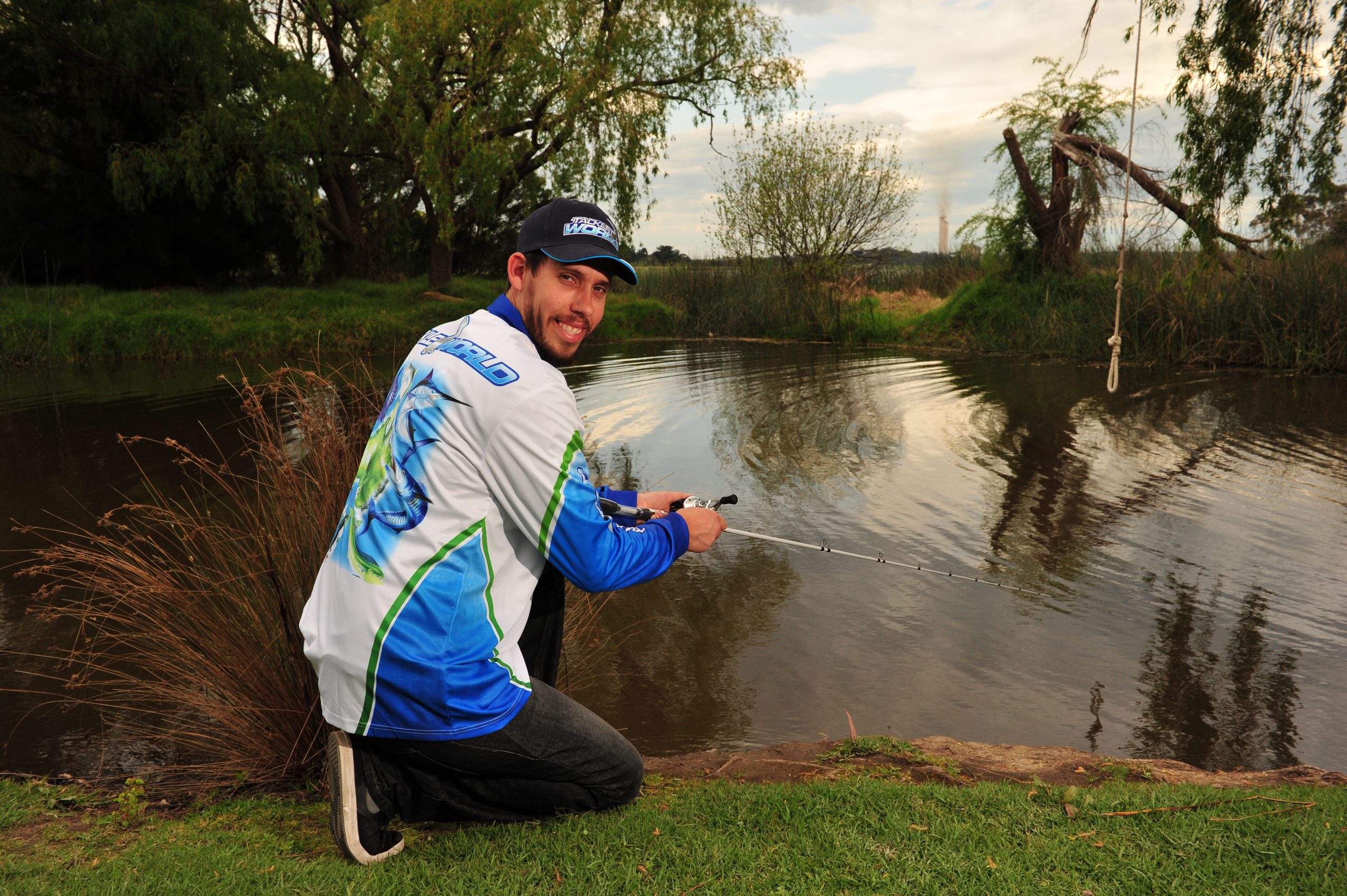 Plans are in motion to set up one of the biggest tourism drawcards the Latrobe Valley has seen.

The Hazelwood Pondage could become home to the iconic, hard-fighting barramundi, making it the only recreational fishing spot of its kind in Victoria.

It’s the warm temperatures of the pondage that make it a habitat contender for the northern fish and anglers and local leaders alike are hoping it’s the perfect match, with some estimates placing the tourism benefit at hundreds of thousands of dollars a year.

While the idea has been mooted for more than a decade, a working group has been set up to advance the barramundi stocking proposal, with testing so far proving positive.

“There was recently an acclimatisation trial with a small number of barramundi of different sizes in a tank on the edge of the pondage that recirculated water directly from the pondage into the tank,” working group member David Kramer said.

“They were there for about a week and the fish survived no problem,” he said.

“The next step is to actually put fish into the lake with acoustic tags for several months and track some of the fish.”

Mr Kramer, who is director of the Future Fish Foundation, a non-profit organisation established by Rex Hunt, said the barramundi would not breed where there was no salt water, however he believed they would grow quite substantially as there was a large food source of tilapia, a cichlid fish.

“Someone must have let them go (in the pondage) at least 20 years ago and they’ve bred in their millions. They’re a great source of food for the barra,” Mr Kramer said.

He said it was currently unknown whether barramundi caught from the pondage would be edible, but in any case, a stocking program would attract recreational anglers and “hundreds of thousands of dollars, if not millions of dollars” to the local area.

“They will now be able to spend that in their home state.”

He said the working group was conscious of designing recreational fishing arrangements to fit around other events already held at the pondage.

Churchill fisherman and working group member Brendan Sorby, who began fishing the pondage for carp and cichlids at the age of seven, said he was looking forward to the ‘heart-in-mouth’ style of fishing the barramundi could provide.

“I’ve been dreaming of it since I was young,” Mr Sorby said.

“It gives (locals) something that’s worth catching other than noxious species and trout.

“People will be coming from all over if it takes off.”

“We reckon it’s a great marketing tool for Latrobe City and Gippsland to have this project go ahead,” Cr Harriman said.

“It brings in different sorts of tourism to the area and it’s well known that fishing tourism spends well in the local area, we’re really excited by it all.”

The project is part of the State Government’s ‘Target One Million’ commitment, which aims to boost the number of recreational fishers to one million by the year 2020.

According to the government’s plan, the stocking program at Hazelwood would involve 15,000 barramundi.