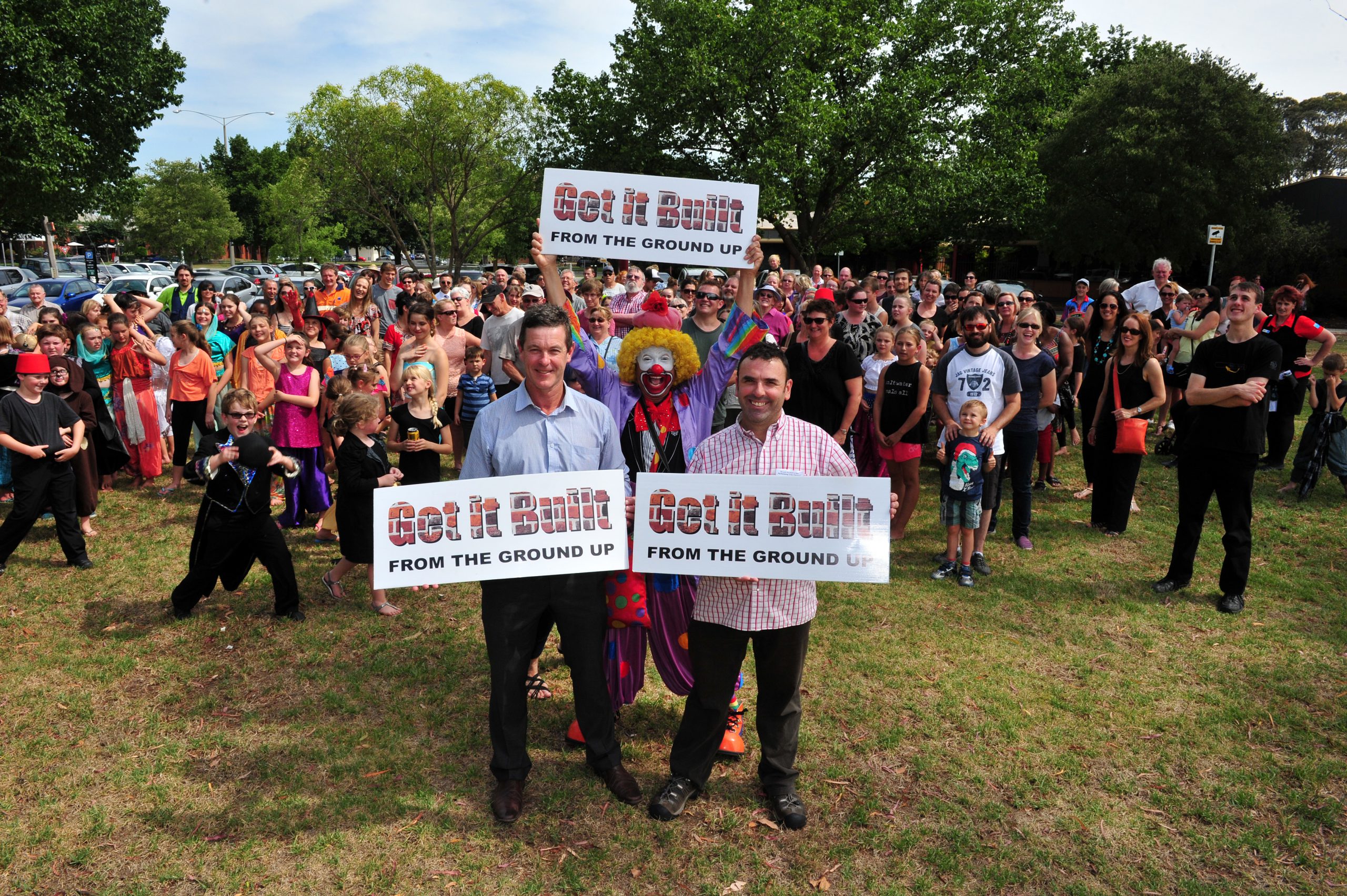 Enthusiasm for a new performing art centre in Traralgon was on full display when about 200 people took part in the ‘Get it Built’ photograph on Thursday.

A drone was used to take the photo of performers, arts advocates and community members to support a funding application for a PAC.

The proposed site at the corner of Grey and Church streets would replace the outdated Traralgon Little Theatre.

The newly formed ‘Get it Built from the ground up’ group is working with Latrobe City Council, the local arts community and politicians to support the construction of the facility.

Member for Morwell Russell Northe said he could see the passion in people about the prospect of having a new performing art centre in Latrobe.

Mr Northe said council had appointed project managers to look at the scope and design of what a new PAC might look like and the photograph was a strong signal that the community was behind the project.

“They desperately want to see it happen,” Mr Northe said.

Get it Built group spokesperson and independent theatre producer Dan Clancey said it was great to see people from all walks of life support the campaign.

He said an application for funding would be submitted in February, and the photo showed wide community support for the project.

“What better way to send a strong message to all levels of government that our community is serious about securing funding and making this project happen,” Mr Clancey said.