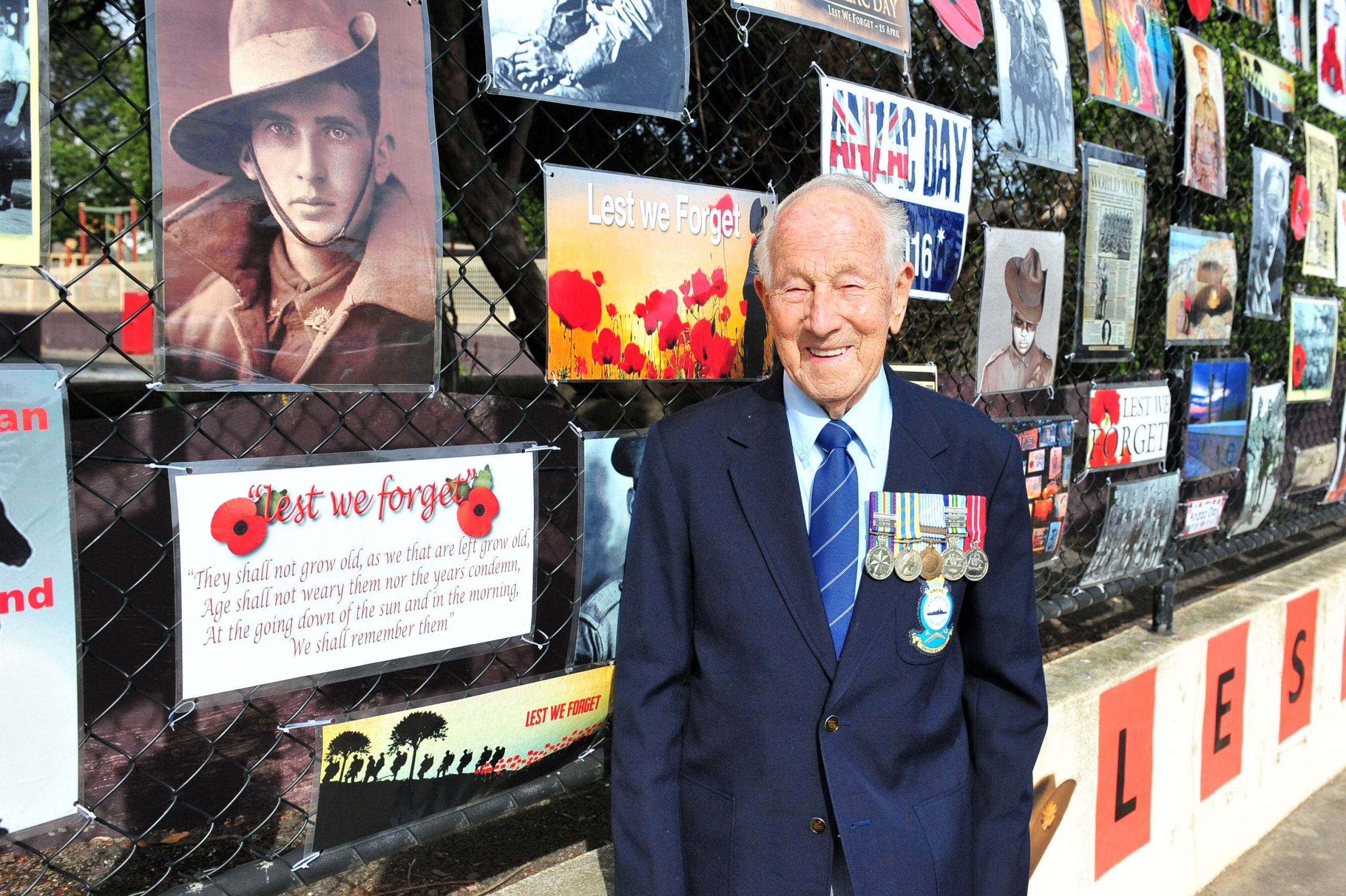 He joined the navy in March 1946 as an 18 year-old Inverloch grocery store worker searching for an adventure.

“That was a pretty dull life,” he said.

“I used to deliver bread (to the nearby naval convalescent hospital) and it looked like a bit of an exciting life, so I joined.”

Twelve years of navy service followed, during which Mr Darling travelled to Japan in 1947 and ’48, and then to Korea in 1952 for a 12-month tour of duty.

He said that year was the most memorable of all; “the coldest I’ve ever struck it”.

“There were icicles hanging off the guard rails and there were chunks of ice floating in the sea you had to go through,” he said.

Discharged in 1958, Mr Darling began work at a Wonthaggi dairy produce factory where he stayed for about five years.

He arrived in the Latrobe Valley in 1963 and joined Morwell RSL at the advice of his brother-in-law.

These days he lets the younger ones know about “who these brave, young fellas were”.

“(The fellas) that packed up, went to the other side of the world to fight in a war that didn’t have much to do with them and what part of life they came from when they were young,” Mr Darling said.

Mr Darling had two uncles who “in those days probably had never been to Melbourne, had never seen the ocean”.

“(The war) was a chance to go to the city, board a big ship and sail to the other side of the world and see things like the pyramids, the Eiffel Tower in France, which they never got to see,” he said.

Both of his uncles died in World War I; one within three weeks of arriving in France, the other during battle in Belgium.

Mr Darling will spend this Anzac Day attending the service and marching “with the boys”, describing the day as a time to remember the fallen soldiers in all wars.

“I just think it’s great the schools and school children are getting so involved,” he said.

“Not just here but all over the country. These days the children are becoming more involved in it and I think it’s a good thing.”