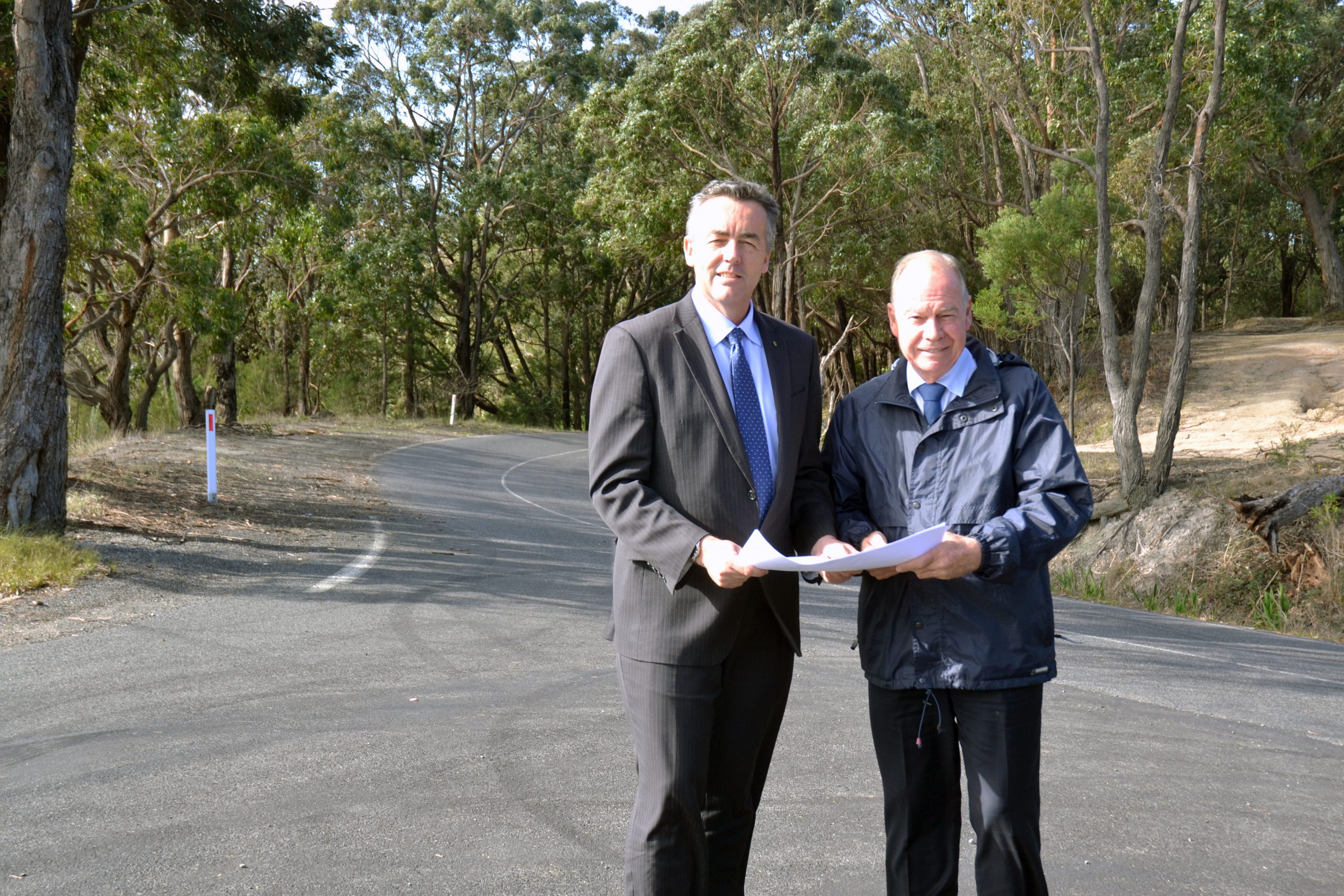 The Federal Coalition has committed to a $5 million upgrade of Gippsland roads in a bid to reduce the road toll, if elected.

On Tuesday Infrastructure and Transport Minister Darren Chester and Member for McMillan Russell Broadbent announced a Coalition government would upgrade 12 Gippsland roads, including three in the McMillan electorate.

A 4.5 kilometre stretch of Haunted Hills Road in Yallourn, a 3.8km section of Yarragon-Leongatha Road and the intersection of Fowler and Vale streets in Moe were earmarked for redevelopment.

Mr Broadbent said the funding was the largest single investment in roads, with the focus on reducing deaths.

“To have a rising road toll in this day and age is simply not good enough,” he said.

“This funding and these upgrades will stop kids dying on the road.”

Mr Chester said good infrastructure was a core component of road safety, with the upgrades targeting roads with a history of accidents.

“The annual economic cost of road crashes is still estimated at $27 billion per year despite the significant progress over several decades in reducing fatalities,” Mr Chester said.

“We know if you invest in good infrastructure you save people’s lives.”

An additional $685,000 has been allocated to four projects targeting black spots across Gippsland, with $130,000 to go towards the installation of splitter islands and green colourised bicycle lanes at the intersection of Kay and Roosevelt streets in Traralgon.

Mr Chester said there was a national increase in bicycle use as people sought a more active lifestyle and the black spot funding would make roads safer for all road users.

“To provide cyclists designated lanes and to get bikes away from the roads goes along way to improving cyclist safety,” he said.

“As more people continue to cycle, whether it is for recreation or to commute to work, it’s important we provide safe areas to do so.”