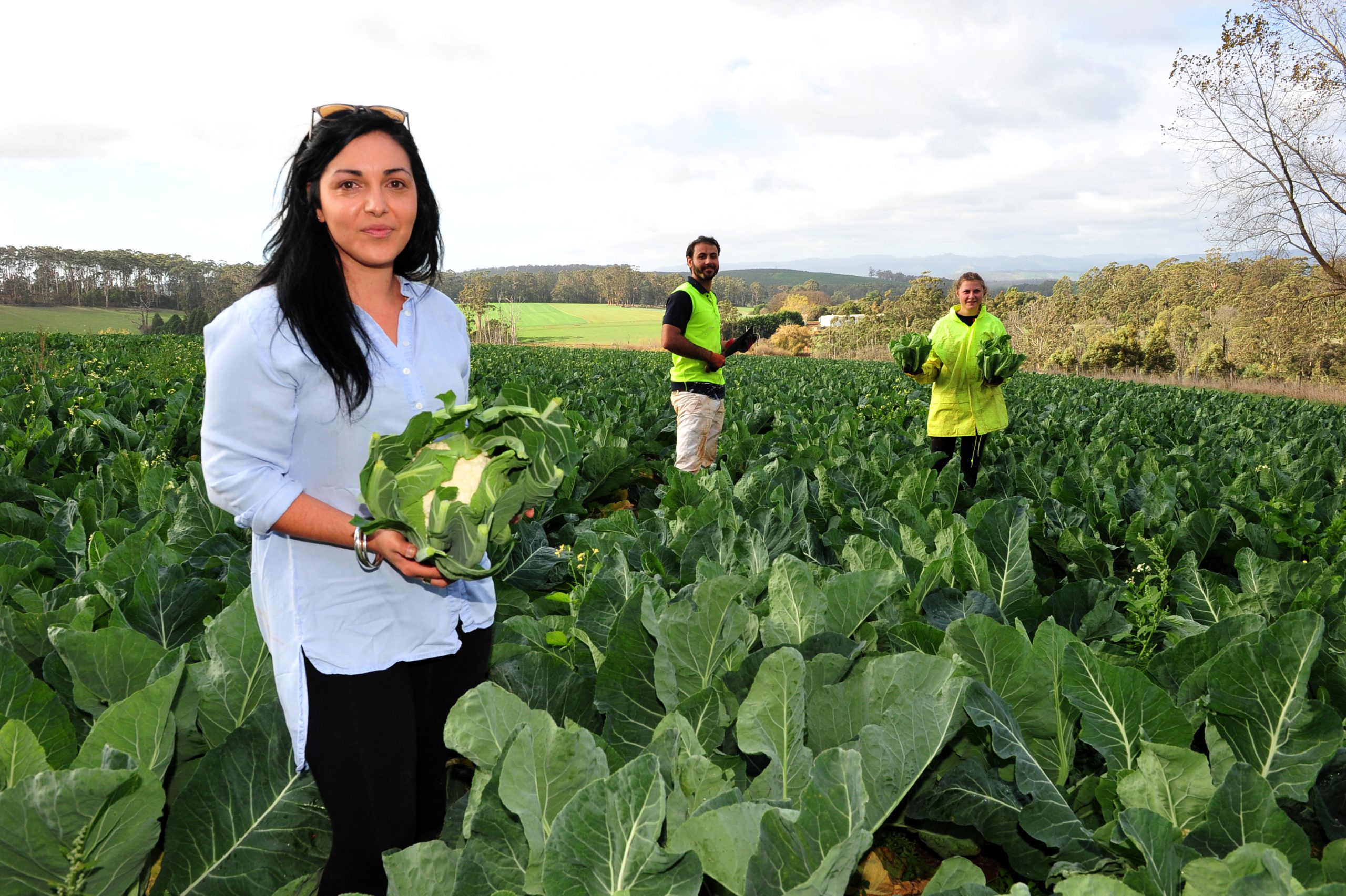 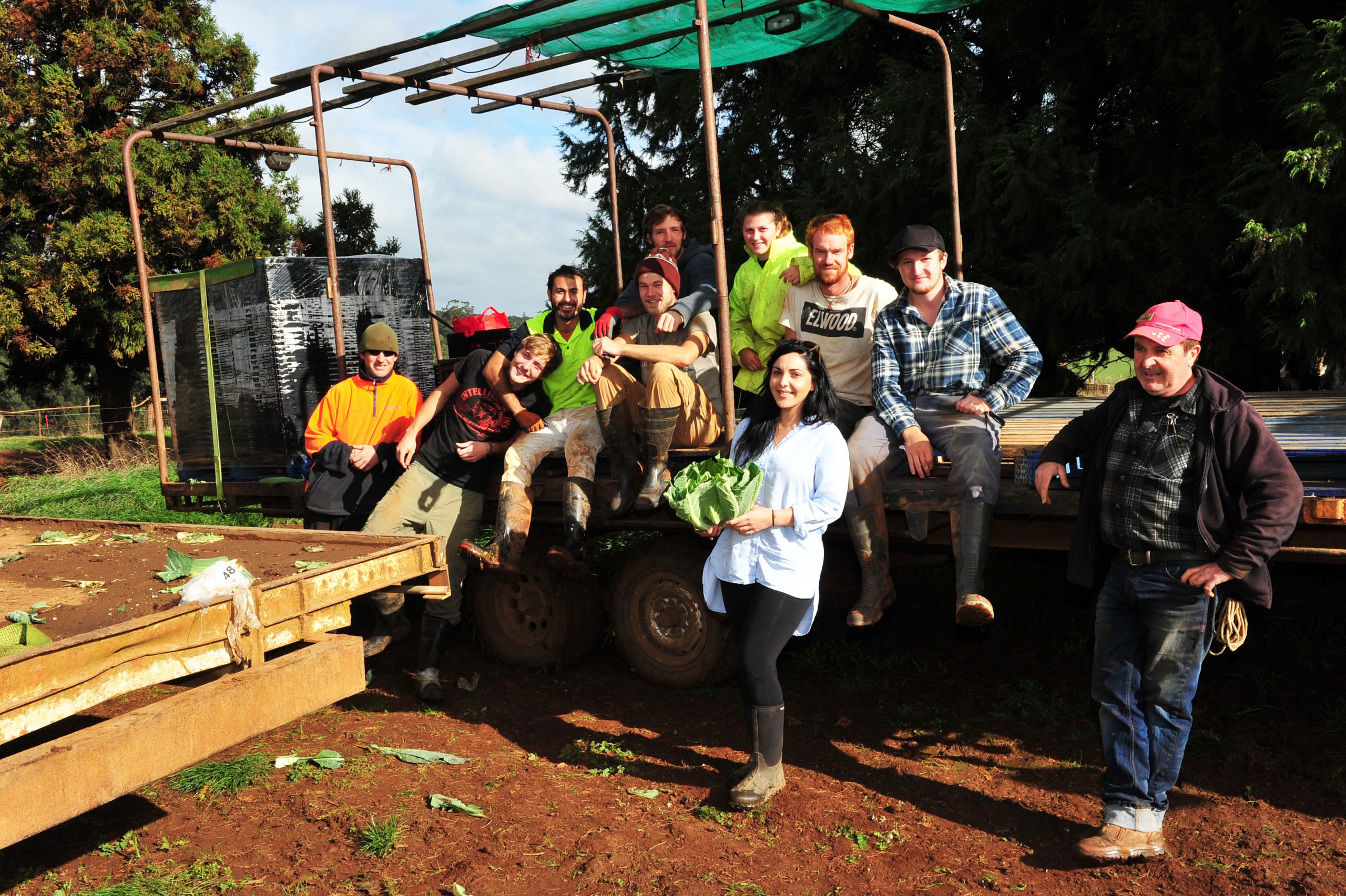 A Mirboo North vegetable grower has warned the move to postpone the backpacker tax would create further uncertainty for holidaymakers.

Emma Germano of Germano Produce, a 120-hectare cauliflower, potato and broccoli farm in Mirboo North, made the comment following a Federal Government announcement on Tuesday to delay the 32.5 per cent tax by six months.

The government will also review the controversial tax affecting more than 40,000 visa holders.

Ms Germano said there had been talk on backpacker social media pages about working in Canada or New Zealand instead of Australia.

“The numbers have already been dropping off in the past six months, what’s another six months going to do?” Ms Germano said.

“These people are not booking tickets for today or tomorrow, it’s something they’re planning three to six months in advance, so that speculation is still there.”

Her family farm is in its second successive year of using foreign backpackers, after working with labour hire companies in the past.

They made the shift after several unsuccessful requests for employee work cover and insurance documentation from subcontractors.

Ms Germano, the Victorian Farmers Federation horticulture vice president, was also one of 30 industry stakeholders to engage in a cross-departmental review into the tax with Tourism Minister Senator Richard Colbeck and assistant agricultural minister Senator Anne Ruston in March.

The government invited industry to come up with alternatives to the 32.5 per cent backpacker tax.

The Victorian Farmers Federation and its partner organisations proposed an alternative tax rate of 19 per cent for backpackers for the first dollar earned.

Ms Germano said it was “incredible” to see dairy, grain and horticulture representatives from across the country agree on 15 to 19 per cent and recommendations about a dedicated agriculture visa to more countries.

A request to increase the age limit from 30 to under 35 or 40 years old, was also mooted.

She stressed it was not just about getting fruit picked, but keeping regional and rural Australia alive with backpackers spending money in town supermarkets and pubs.

The average backpacker earns about $15,000 during their 88-day visa, according to Ms Germano.

She said backpackers also used their remaining savings to travel within Australia, with many of her workers planning trips to Western Australia.

“Whatever money they are making, they’re injecting back into the economy and that’s part of the argument agricultural stakeholders are saying,” Ms Germano said.

“For every backpacker there’s six people in other forms of employment to service those backpackers in Australia.”

Mr Kourtelaris has only worked in Mirboo North for about a month, but said it had been great so far.

He said the experience had already given him a greater appreciation for food and the kind of labour involved.

“You just go in the supermarket and you buy them, but you don’t actually think about the work that’s involved,” Andy said.

The Germanos provide accommodation at a home in Mirboo North.

The Brit acknowledged the tax would be “bad” and thought his lifestyle would be impacted should a 30 per cent tax be taken from his income packet.

In a statement, Deputy Prime Minister Barnaby Joyce said the government understood the agriculture sector faced ongoing challenges to secure an adequate workforce to pick fruit, harvest the crops, process the meat and milk the cows.

Mr Joyce said he had listened to farmers’ concerns and rural communities who were worried backpackers may choose to avoid Australia if they had to pay the proposed 32.5 per cent tax burden.