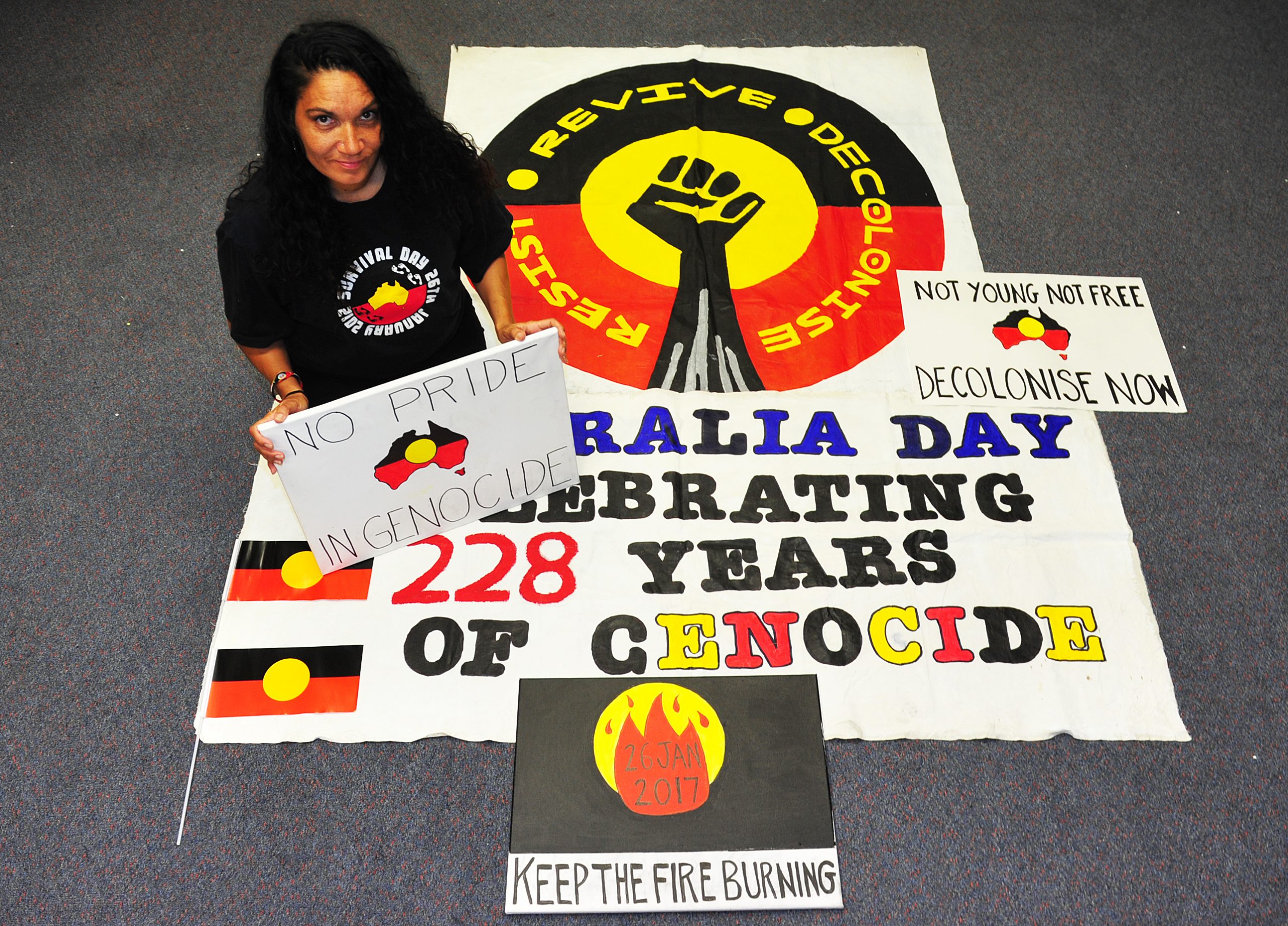 The Latrobe Valley will host its first Invasion Day rally today to mourn, not celebrate, the founding of the nation by British settlement.

A corroboree of Aboriginal dancers, didgeridoo players and a traditional smoke ceremony will take place on Morwell’s Tarwin Street after a procession from the Aboriginal co-operative at Buckley Street at 11am.

Organiser Naomi Murphy of the Victorian Aboriginal Legal Service said the rally would be a peaceful demonstration and also hoped to highlight the injustices and the rates of Aboriginal people in the justice system.

“To me Australia Day isn’t a day to celebrate, it’s a national day of mourning for us,” Ms Murphy said.

Although many consider ‘Australia Day’ a traditional public holiday, the Koorie advocate said the fun side of the day, barbecues, contests, parades and performances, had only been celebrated since the mid-1990s.

“But our people have been protesting since the 1950s on the 26 of January. To me there’s nothing to celebrate; we are the nation’s first people,” she said.

Ms Murphy said she used to pack up her kids to attend the Invasion Day Rally in Melbourne each year, and recently discovered it’s organisers – the Warriors of the Aboriginal Resistance – were local, Gunai Kurnai women.

She said the rally gave her a feeling of strength and a “fire in her belly” every time she attended and decided to put the call out in her own community.

With the support of the Melbourne organisers, a banner-making workshop at the Community Art Shed was arranged in preparation of the rally.

As a daughter of the stolen generation, Ms Murphy said the local event would also be an opportunity for Koorie people like her to connect with their heritage.

“My language and my culture were taken and that’s had a ripple effect on me and my siblings,” Ms Murphy said.

“We were brought up ‘white way’ and told to celebrate Australia Day and my identity was nothing like this.”

She asked that the community be supportive, learn about Aboriginal culture and consider why places like the Latrobe Valley have the highest rate of indigenous incarceration in the state.

“A lot of people say, ‘well, you’ve done the crime do the time’, but we have to look at why (this is the case),” Ms Murphy said.

* Is it time to rethink celebrating Australia Day on 26 January? Share your thoughts on The Express Facebook page or send a letter to the editor to news@lvexpress.com.au