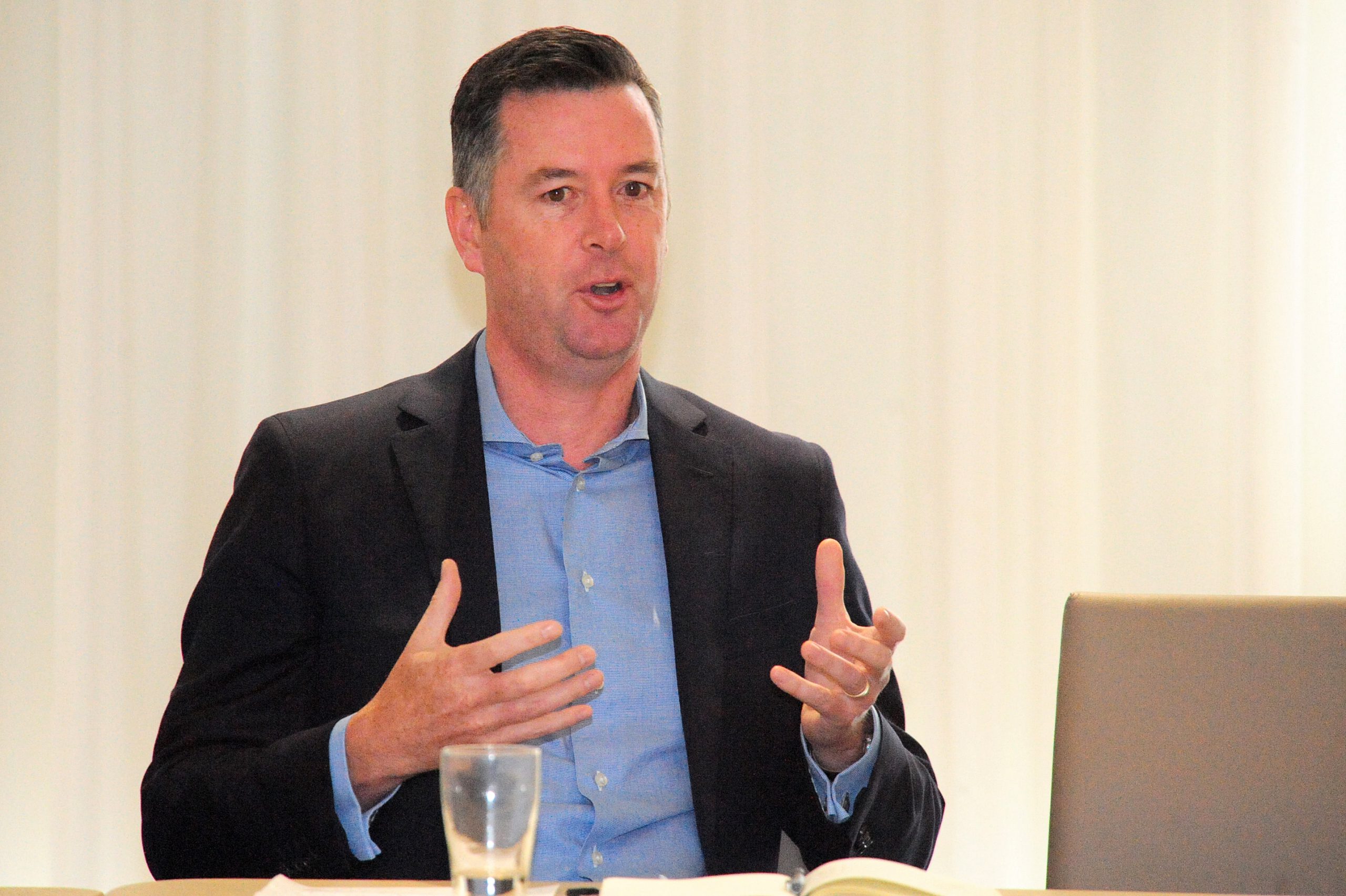 The state minister charged with overseeing the government’s $266 million response to the closure of Hazelwood yesterday resigned from the ministry ahead of an eventual retirement from public life at next year’s election.

Since May last year, Wade Noonan has served as minister for resources and industry and innovation in the Andrews government, after previously serving as minister for police and corrections.

Mr Noonan accompanied Premier Daniel Andrews to the region on 3 November last year on the day ENGIE announced it would close Hazelwood at the end of March.

Since then he has become a regular fixture in the Valley as the government unveiled various schemes to help the region deal with the loss of 750 direct jobs as a result of the closure of Hazelwood.

Yesterday, Mr Noonan issued a statement which said he was satisfied with his achievements after 10 years in politics and was looking for new challenges.

“It’s been the greatest honour of my life to serve as the member for Williamstown, and the minister for industry and employment, minister for resources, and previously, minister for police and corrections, particularly during this period of the Andrews Labor government,” he said.

“There have been many wonderful highlights during my time, including supporting our paramedics and families to secure a stronger ambulance service, helping save Alcoa in Portland, securing Australia’s first worker transfer scheme in the Latrobe Valley, and the rollout of the Jobs Victoria program to assist disadvantaged people into work.”

Mr Noonan’s key achievement in the region was working with local unions to secure a worker transfer scheme which would allow older workers at remaining Latrobe Valley power generators to take early retirement and create positions for younger employees.

The state government contributed $20 million to the scheme, which was expected to create 150 positions for Hazelwood workers.

State member for Eastern Victoria Harriet Shing yesterday paid tribute to Mr Noonan’s work but said the government’s work in the region would continue despite his resignation.

“Wade has made a phenomenal difference in his contribution to this region and we are significantly better off for everything he has done for the communities here since the Andrews Labor government was elected,” Ms Shing said.

“The work goes on to make sure that we create and implement the inter-generational changes that have been so sorely needed in this area for so many years and this is very much a team effort.”

Ms Shing said in addition to the worker transfer scheme, the outgoing minister could count the creation of the government’s coal policy, purchase of the Hazelwood sawmill and attraction of 150 public sector jobs to the region as part of the ‘GovHub’ initiative among his achievements.

Latrobe City mayor Kellie O’Callaghan thanked Mr Noonan for his work with council during the closure of Hazelwood.

“He has been a great supporter of the community’s Strength-Led Transition [plan] and took a leading role in the development and implementing the worker transition scheme,” Cr O’Callaghan said.

“Latrobe City will continue working with the state government to ensure the long-term economic transition of our region.”

“We’ll have a look at who the next minister is who comes on board and hopefully have the same working relationship with the new minister that we did with Wade,” Mr Dodd said.