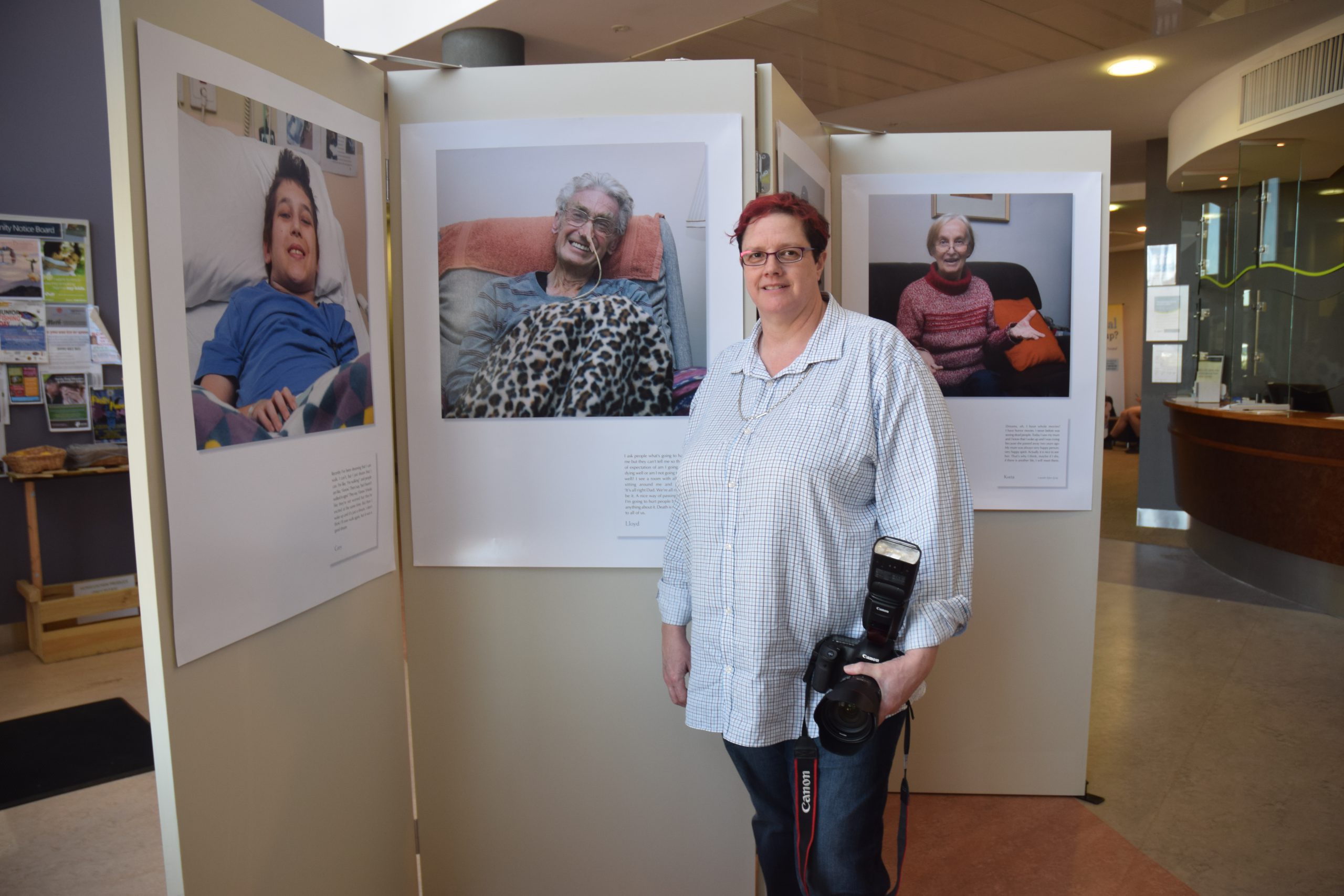 Latrobe Community Health Service celebrated National Carers Week with a morning tea for carers in the community and an exhibition by multimedia artist and photographer Pippa Wischer.

“The idea of The Dreamers is an explanation of what it is like for people in palliative care because being told that there is nothing more the community can do, must change how they understand life, and I wanted to hear what they had to say,” Ms Wischer said.

“I interviewed and photographed 40 people, some of them days before they died.

“The other part of it was dreams. I wanted to hear if they’d changed their dreams or any near death experiences.”

Ms Wischer said after finishing The Dreamers, she realised she wanted to hear the other side of the story, resulting in Precious Time: The Carers.

“We really wanted to hear from [carers] from outside of Melbourne, in regional Victoria, because they don’t often get a voice,” she said.

“We interviewed carers in each and what it is like for them to care for someone they love.

“It was collaborative and it wouldn’t have happened without their support,” she said.

Latrobe Community Health Service pastoral care nurse Michelle Davy said the morning tea and exhibition was about acknowledging and thanking carers from the community for their work.

Ms Davy said the morning tea allowed carers from the community to network and meet other carers.

“A lot of carers can feel like they are going crazy or feel isolated, and think ‘I’m the only one that feels this way’,” she said.

“If they can meet other carers and network, it can help them realise they’re not alone.”

Ms Davy said it was an honour to have Ms Wischer and her exhibition on display at the morning tea.

“Each display represents a life and a person’s story and a person behind that life,” she said.