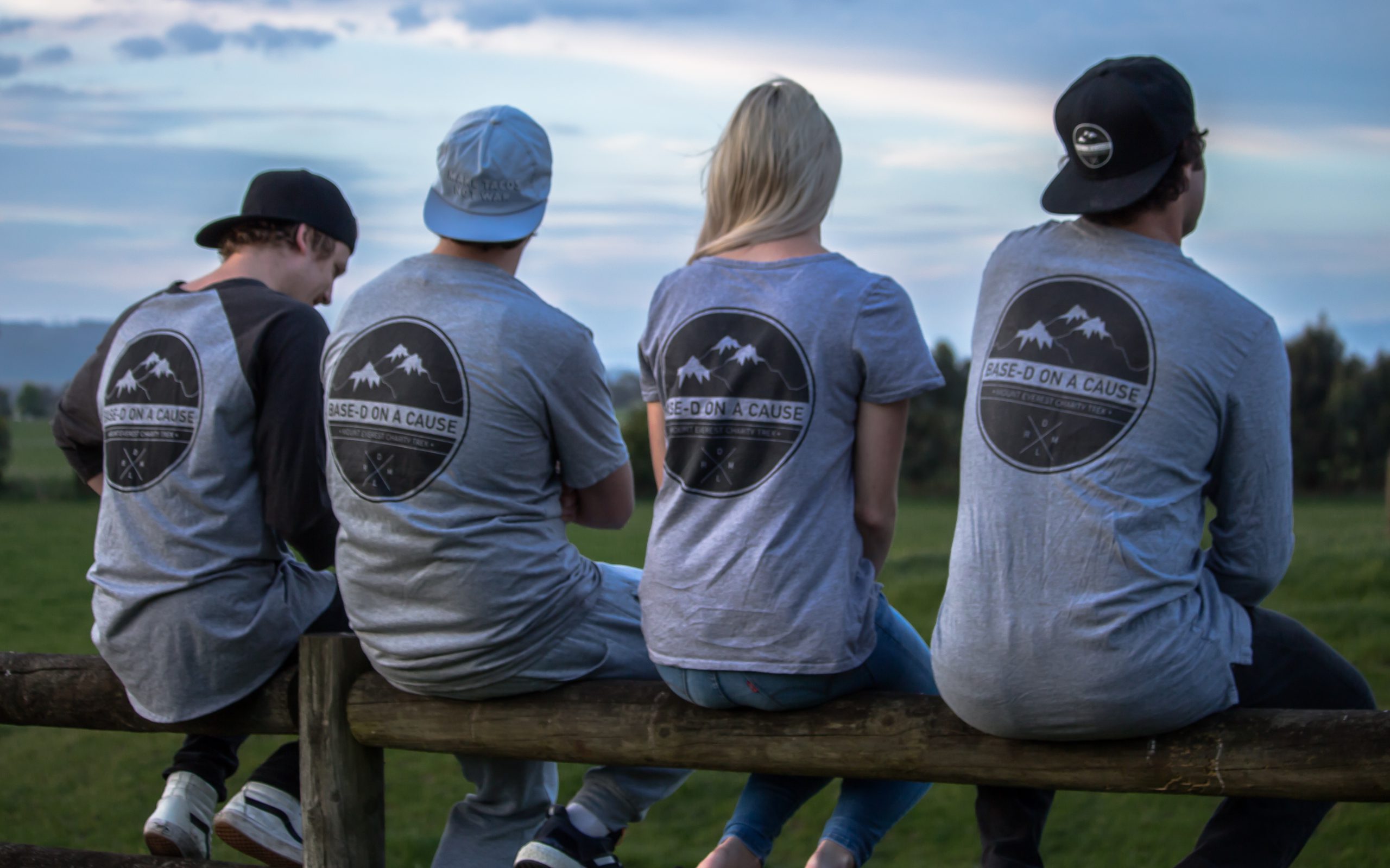 Four childhood friends from the Yinnar and Churchill area made a pact one drunken evening.

Rather than signing away their dignity to something ludicrous, Maddison Burney, Ryan Pollock, Daniel Nardino and Luke Norder decided to take on a deeply personal venture which has certainly satisfied their desire to “do something, and do something big”.

“Nothing has the wow factor like Everest so we thought we’d go with that,” Ms Burney said.

The four friends will be climbing to Everest Base Camp in May 2018, and are hoping to raise $60,000 for three chosen charities.

“It all kind of started we were all talking about the big things which have impacted our lives,” Ms Burney, 27, said.

“My auntie, which is Ryan’s mum, passed away from lung cancer coming on three years ago.

“They basically told her she had six months and it was almost to the day basically; it was pretty quick.”

Ms Burney said this “shattering” experience prompted her and Ryan to want to raise money for Peter MacCallum Cancer Centre.

“With Ryan … his dad left when he was younger. His mum was like his world kind of situation,” Ms Burney said.

Mr Nardino has selected the Multiple Sclerosis Foundation following his father Andrew’s diagnosis with the disease.

“He is in a wheelchair; his mobility is not great. Every year he’s gradually getting worse and worse,” Ms Burney said.

She said Mr Nardino had lost other people in his life to the genetic disease, so there was a “high possibility Dan can get it later on in life as well”.

“With Luke, he’s representing beyondblue. He lost a cousin who killed himself to depression and has quite a few people in his family who suffer mental illness,” Ms Burney said.

The four friends now live quite separate lives – Mr Nardino has been living in Canada, Mr Norder has a fly-in-fly-out job, and Mr Pollock is based in Melbourne.

Ms Burney said she thought the 12-day trek would be the hardest thing they would ever do.

Fitness isn’t her biggest concern, but rather the altitude with Base Camp at 5380 metres.

The group will be making a video of their adventure.

Ms Burney expects challenges, however, she said hopefully they could keep the laughs and banter all the way through.

“The good thing about our group is we’re quite light-hearted. We’ll be making it as fun as possible,” Ms Burney said.

The four trekkers also had some amusing comments in their ‘Meet the Trekker’ profile sheets.

Luke Norder tagged Ryan Pollock as the most likely to not complete the trek as “he’ll get distracted by the first female walking the other way”.

The four have already raised almost $10,000 since August and are calling on businesses to help them on their way.

The ‘Base-d on a Cause’ group will have a fundraising event on Saturday, November 25 at the Churchill Hotel from 12.30pm-4pm with $2 from every burger sold going towards the three charities. The eating competition starts at 1.15pm.

For more information visit the Facebook page ‘Base-d On a Cause’ or donate at www.mycause.com.au/page/153360/based-on-a-cause