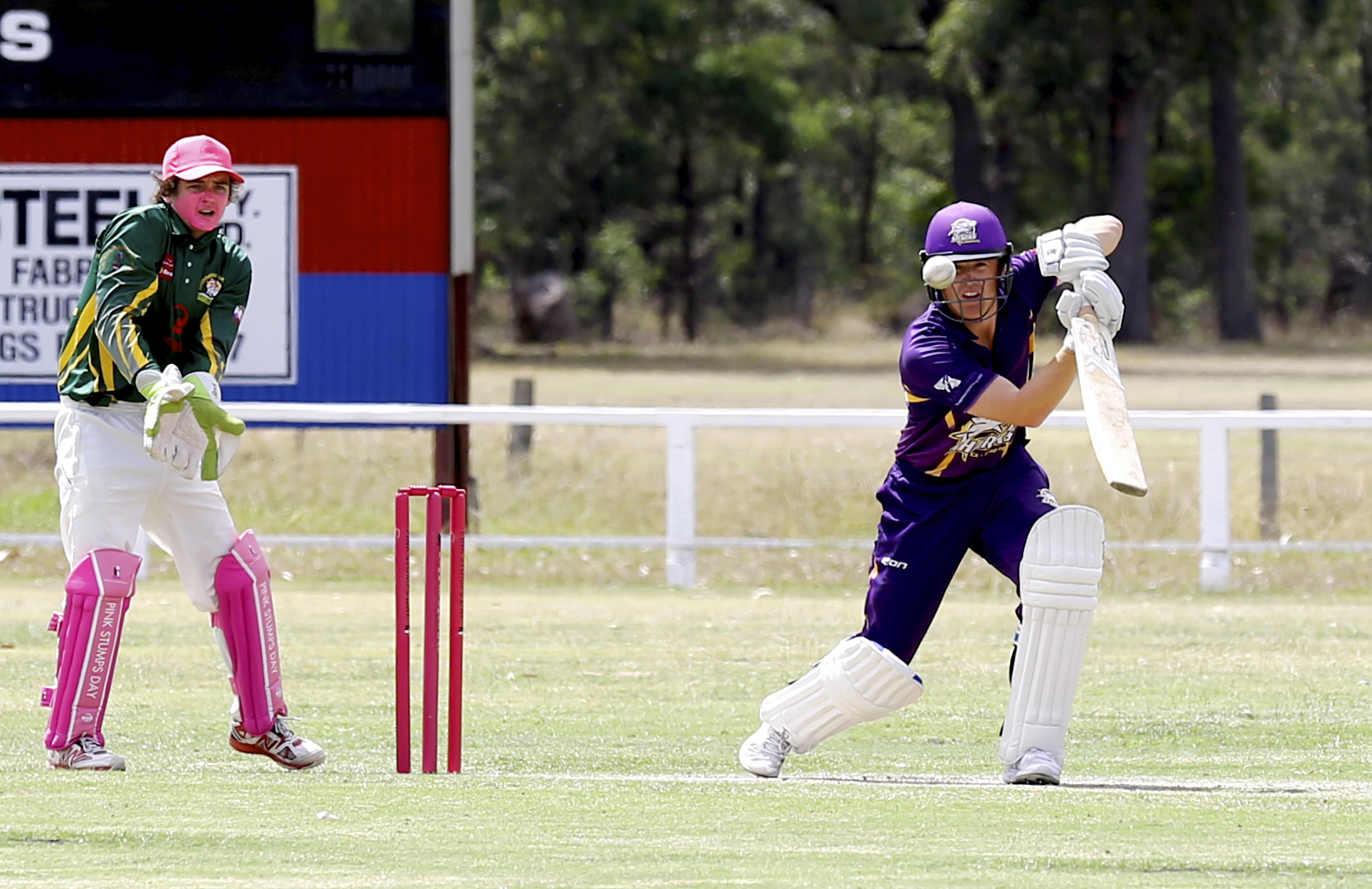 Toongabbie has finished the Traralgon and District Cricket Association 2017/18 home-and-away season in style with a thrilling one-wicket win over powerhouse Ex Students in round 13.

The Rams got home on the second-last ball of the day and overcame the target of 160 to finish fifth and book a date with Churchill in this weekend’s elimination finals.

Alex Rankin was the toast of Toongabbie after putting in a season-best effort with a top score of 68 not out which included the winning runs.

Jackson McMahon’s 47 was the best any of the Sharks could manage in a somewhat uncharacteristic innings from the defending premier in which every other batsman failed to pass 29.

Bowling honours were shared for the Rams with Tom Shippen and Matt Whitechurch each nabbing two wickets while Ben Aitchison and Jason Veneman finished with one each.

Despite the loss, Ex Students managed to hang on to second spot on the TDCA ladder to earn the week off and move through to week two of finals alongside minor premier MTY Raiders.

MTY Raiders have made a case why they should be favourites ahead of the TDCA finals with a commanding win over Centrals to finish the home and away season in top spot.

Opening bat Michael Higgins got things off to a flyer for Raiders and paired up with Mark Andrews for 46 before the latter holed out to Corey Pollard on 24.

Higgins surpassed the half-century mark for the third time this season and finished with a season best score of 72.

Jason MacFarlane (51) also notched a half-century at first drop while Owen Kelly (25) and Chris Stanlake (22) made valuable contributions to help Raiders to 5/206.

At the opposite end of the table and with just nine points to its name for the season, Centrals emerged resilient in response in their last hit out for season 2017/18.

An early slump with the losses of Corey Pollard (two) and Rob Wilkie (six) was overcome thanks to Sam Gray (31) and Josh Stacey (33), but it was not to be for the luckless Centrals as they fell for 156.

Higgins carried his form in to the second innings and did the lion’s share in defence for Raiders with a stunning five-wicket haul from seven overs.

With finals off the cards for both sides, Gormandale wrapped up its 2017/18 season on a positive note with a morale-boosting win over Traralgon West.

Jefferson Daniel put in his best effort for the season and led the way for the Tigers with 59, while Tate Marsh followed in similar vein and fell just short of a half century with 48.

Bodhi Walker was also valuable for Gormandale in the win and chipped in with 34 while Chris Lehner (21) and James Jacobsen (20) helped their side to an impressive total of 238.

Traralgon West stumbled early in reply after Alex Djukanovic was taken for one but regrouped through Nilantha Thillekarathna (25) and Ben Edebohls (27) to steady the innings.

Despite the best efforts of James Griffiths (74 not out), the luckless West were all out for 238 to round out another winless season.

CATS has secured a finals berth in sensational fashion with a resounding win over Imperials at Catterick Reserve to snare sixth spot on the TDCA ladder and book an elimination final date with Glengarry.

Batting first, CATS was commanding from the get-go and whacked its way to 73 courtesy of Tinashe Panyangara and Adam Nunn before the latter was taken for 18.

Panyangara went on to top score with 53 and was joined by Rory Hare (52) on the half-century honour board, while Cal Stewart was impressive and added 48 of his own to CATS’ total of 246.

Imperials were never up to task in reply and were skittled for 126 to quash their finals hopes.

Glengarry has cantered to a win against Rovers in the final home and away fixture of the season with a dominant performance at Duncan Cameron Park.

Rovers batted first and never managed to make a mark, with openers Justin Little (14) and Simon Duff (15) failing to impress.

Hayden Willaton (41) was the lone solider for Rovers in an otherwise poor performance as the home side was skittled for 125.

Cam Graham did the heavy lifting for Glengarry with ball in hand and finished with 4/31 from 10 overs including three maidens.

Glengarry never waivered in reply and cruised to victory in the 27th over with just four wickets down.

Kent Hammond’s 58 was the pick of the innings for the 2016/17 runner-up while Paul Henry (27) and Sam Marks (20) helped their side finish in third spot to book a date with CATS in this weekend’s elimination finals.