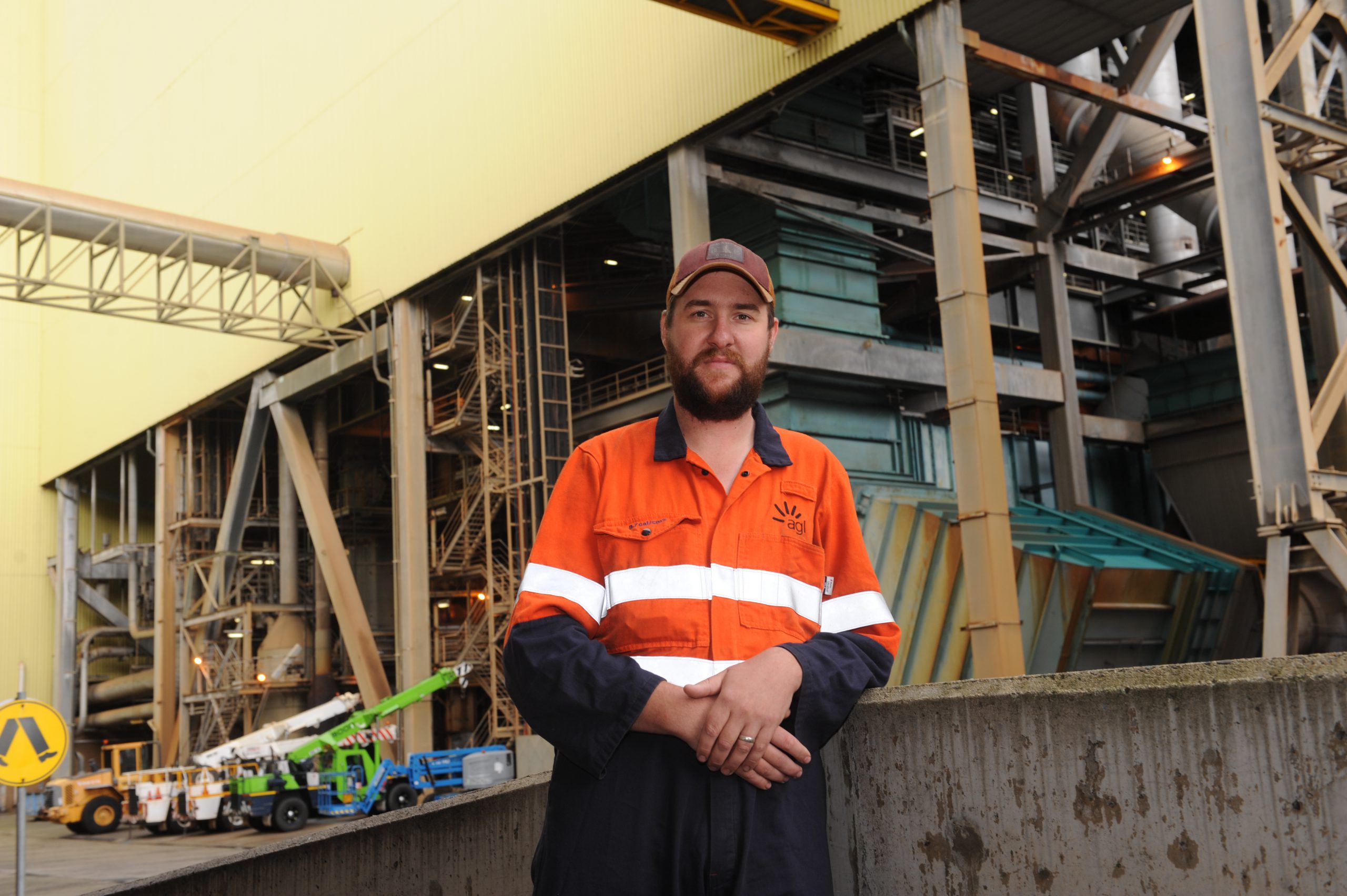 When Hazelwood’s closure was announced in November 2016, it was the timing of the announcement which caught assistant unit controller Richard Clark on the hop.

The young father and former south Gippsland resident had settled in the region with his wife and young daughter and expected work at the plant to continue.

“I suppose, there was always that impending [possibility of closure] – the plant was getting older, it was something that was going to occur eventually. It was just the mining that was a bit of a surprise,” the 29-year-old said.

“But then it was about moving on from there and figuring out what to do next.”

For Mr Clark, like many Hazelwood workers, the announcement provoked a sense of uncertainty as he considered his next move and whether that would mean leaving the region.

At the time there were negative predictions about the region’s future and the Gippsland Trades and Labour Council and local unions were lobbying the state government to create jobs in the local power industry.

The GTLC’s efforts eventually led to the creation of the Worker Transfer Scheme, which would result in early retirement being offered to workers at other Latrobe Valley power stations to open up positions for younger workers.

In the weeks leading up to Hazelwood’s closure, Premier Daniel Andrews announced the government would provide $20 million towards the scheme with Loy Yang A owner AGL, the first generator to sign on.

The scheme provided generators with $75,000 for each position filled by an ex-Hazelwood worker.

So far 77 of an intended 150 positions have been created through the scheme.

GTLC secretary Steve Dodd said the progress was pleasing but more work could be done to create work at the remaining generators.

“It’s just a matter of opening up those positions,” Mr Dodd said.

“The support the government’s given in terms of facilitating that [progress] has really made it work.”

He said the GTLC had helped 1100 workers attain qualifications in the past year.

In August last year, Mr Clark became one of the workers to take up a position with the scheme when he started as an operator at Loy Yang.

“I did about four and a half months out of work between finishing and then going through the recruitment process,” he said.

“It was a stint of time but there’s people that have it a lot tougher and are still looking for employment. I think I was pretty lucky.”

The new position has allowed him to keep his family in the Latrobe Valley and he said his fellow operators at Loy Yang A had been supportive.

AGL Loy Yang general manager Steve Rieniets said the company was proud to be the first to sign up to the scheme.

“It’s really enabled us to capture the skills and have them retained in the Latrobe Valley and enables us to utilise the skills of those ex-Hazelwood employees into our own business, so it’s a win-win,” Mr Rieniets said.

“We’ve recruited 80 people since Hazelwood’s closure was announced – 43 of those 80 have come from ex-Hazelwood [workers].”

The other generators have picked up workers too.

EnergyAustralia head of Yallourn Mark Pearson said Yallourn had hired 27 full-time workers in the past year, 17 who had worked at Hazelwood.

“When any large employer closes, the impacts are significant. We’re very pleased to be in a position where we can offer secure, well-paid jobs in the region,” Mr Pearson said.

New Loy Yang B owner Alinta Energy, which purchased the plant from ENGIE in November last year, said the station had picked up 11 workers from Hazelwood.