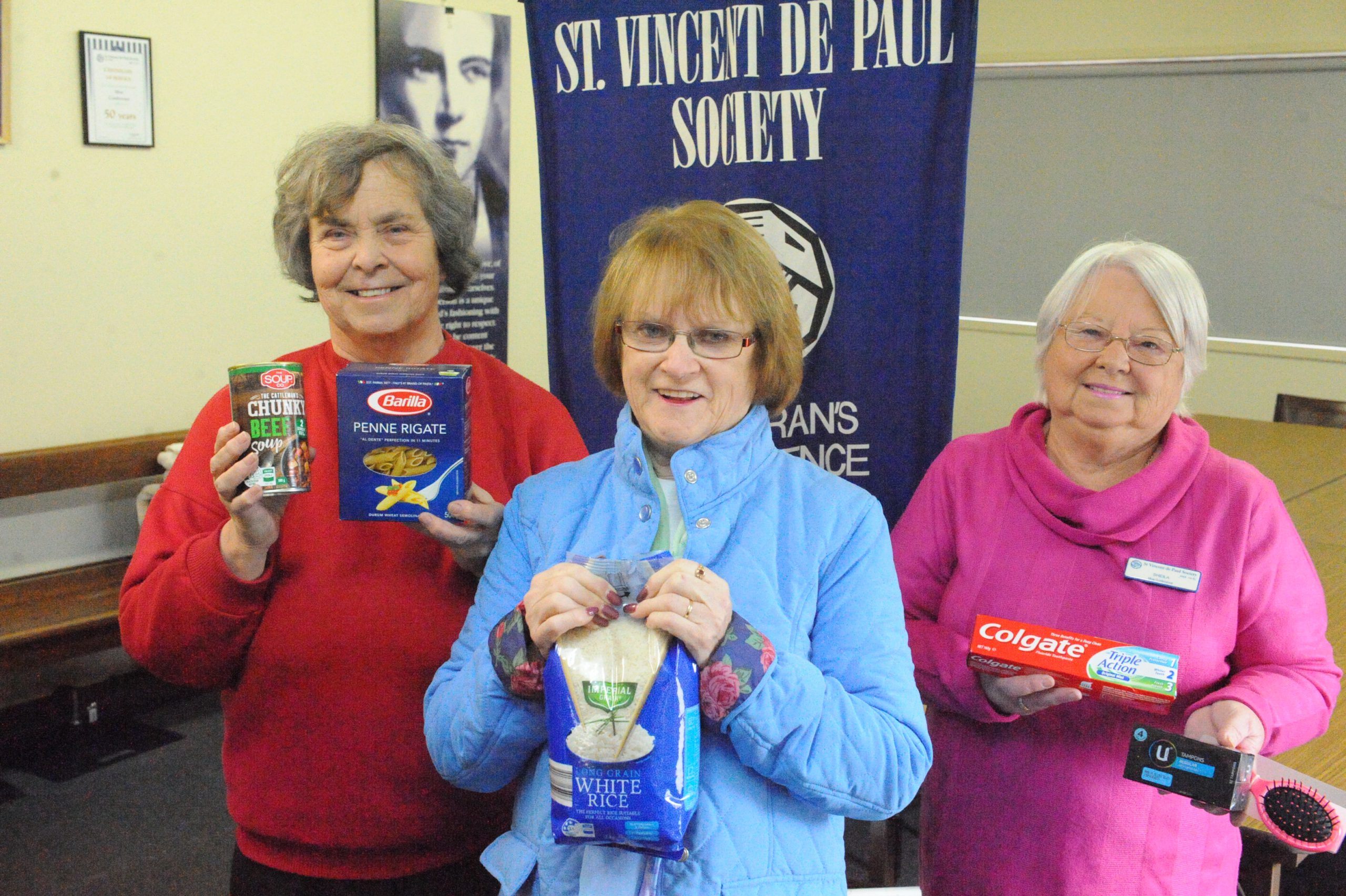 Moe’s St Vincent de Paul welfare centre has issued a desperate plea for more volunteers as the organisation grapples with dwindling on-the-ground troops and an increase in calls for support across the Latrobe Valley.

Vulnerable people making requests for assistance like shopping and fuel cards have been turned away in recent weeks as the organisation reaches capacity despite having the funds available to help more people across the region.

Moe Conference president Kathy Cardamone said the three-day-a-week centre was assisting more than 100 people at Christmas but had reduced its services to only 30 a week after the departure of several volunteers.

“We had a good amount of volunteers before Christmas but all of a sudden come sickness, come age and all that it has stopped – we’ve only got about 12 volunteers now,” Ms Cardamone said.

“We have some very, very needy people in our community … people are desperate and to tell you the truth if we didn’t stop people from calling us on a regular basis – we’d be still doing 50 or 60 visits a day.”

People in need receive home visits by St Vincent de Paul volunteers after phoning through with their requirements on a Monday, Wednesday or Friday morning.

“We’d like another eight volunteers to take us up to 20 – we would always love more, for sure, but we understand people are very busy in their day to day lives,” Ms Cardamone said.

“The volunteers are required to come in three days a week for a few hours and then they go out and deliver the stuff to people and that could take a few hours depending on how long you spend talking to each person.”

Volunteer Sheila Hardy started donating her time to the organisation after falling ill and being told by her priest she “had to give back to God”.

“Our power bills, our gas bills are too high and people are finding it very hard. I had a lady yesterday; she opened her fridge, she opened her cupboards and there was nothing there and she said ‘I can’t cope’.”

Robyn Wade also volunteers at the Moe Conference and said despite being a non-Catholic, she had been welcomed with “open arms” to the centre.

“I’ve been volunteering coming up for three years now, I saw an article in the local paper saying that they needed volunteers so I’m hopeful others will come and offer their services this time,” Ms Wade said.

Volunteers work in teams of two during house visits where vouchers – to be used on items such as food and drink – are delivered to people in need.

For more information or to enquire about volunteering, phone the Moe Conference on 5127 3696.