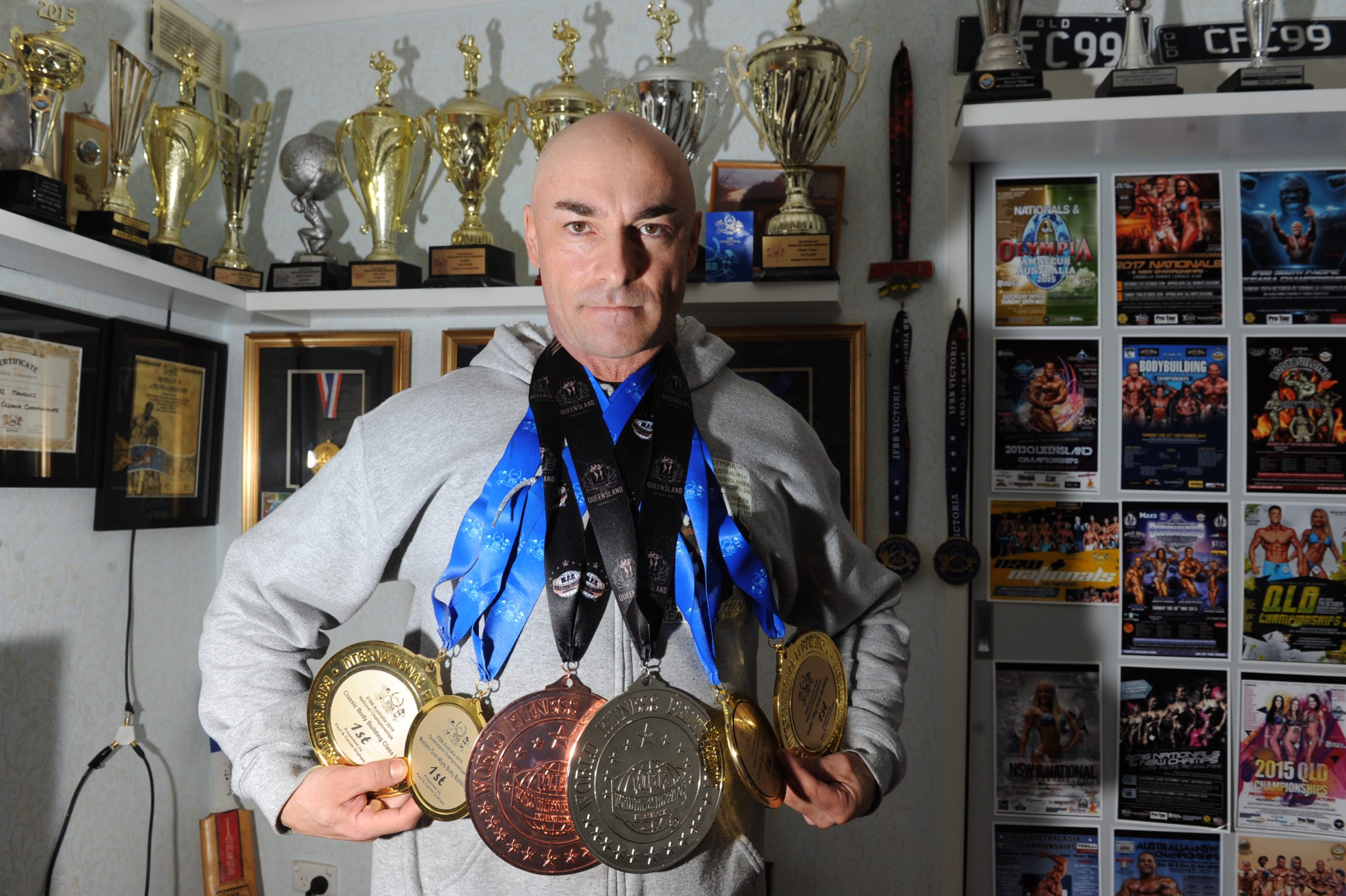 Maurizio ‘Spud’ Manduci has dedicated himself to the pursuit of perfection for the last eight years.

With every year that passes, the 49-year-old edges closer to peak physical condition and recently took out the International Federation of Body-Building Australia Classic and Queensland Classic double on the Gold Coast.

Manducci returned home to Moe with a healthy swag of six medals including two additional golds in the Australia under 75-kilogram and Queensland masters over-40 classes – where he was the oldest competitor.

“It’s been a hard slog and getting up at 5.30 every morning when it’s minus two degrees was pretty tough,” he said.

A strict daily exercise regime featuring multiple weight training and cardio sessions is complemented by an even more uncompromising diet.

He admits he has sacrificed almost all the finer things in life but is more than happy with the return on investment.

“You know what, I tried a few different things this time around and I improved from last year,” Manduci said.

“Mainly food; I’ve been living off kangaroo and spinach to mackerel and cucumber, and I was changing it up every two weeks.

“I was also going for walks after my meals. I changed my training times … all just to better myself from last year.”

Despite “walking around like a zombie” for two months in the lead-up to competition, Manduci will do it all again next year and this time he has the world stage in his sights.

He will return to a more relaxed and “sensible” diet and exercise regime for the time being, but will ramp it up again around the time of his 50th birthday and plans to stick to the same tried and tested methods of preparation.

“I’ll be fresh-faced for the overseas titles. I’ll be the baby in the over-50 category.

“A lot of people don’t compete every year but I’ve competed every year since 2012 and I think there’s an advantage in that my body knows what to do now.

“I won’t change a thing because if it’s not broke I won’t try and fix it.”