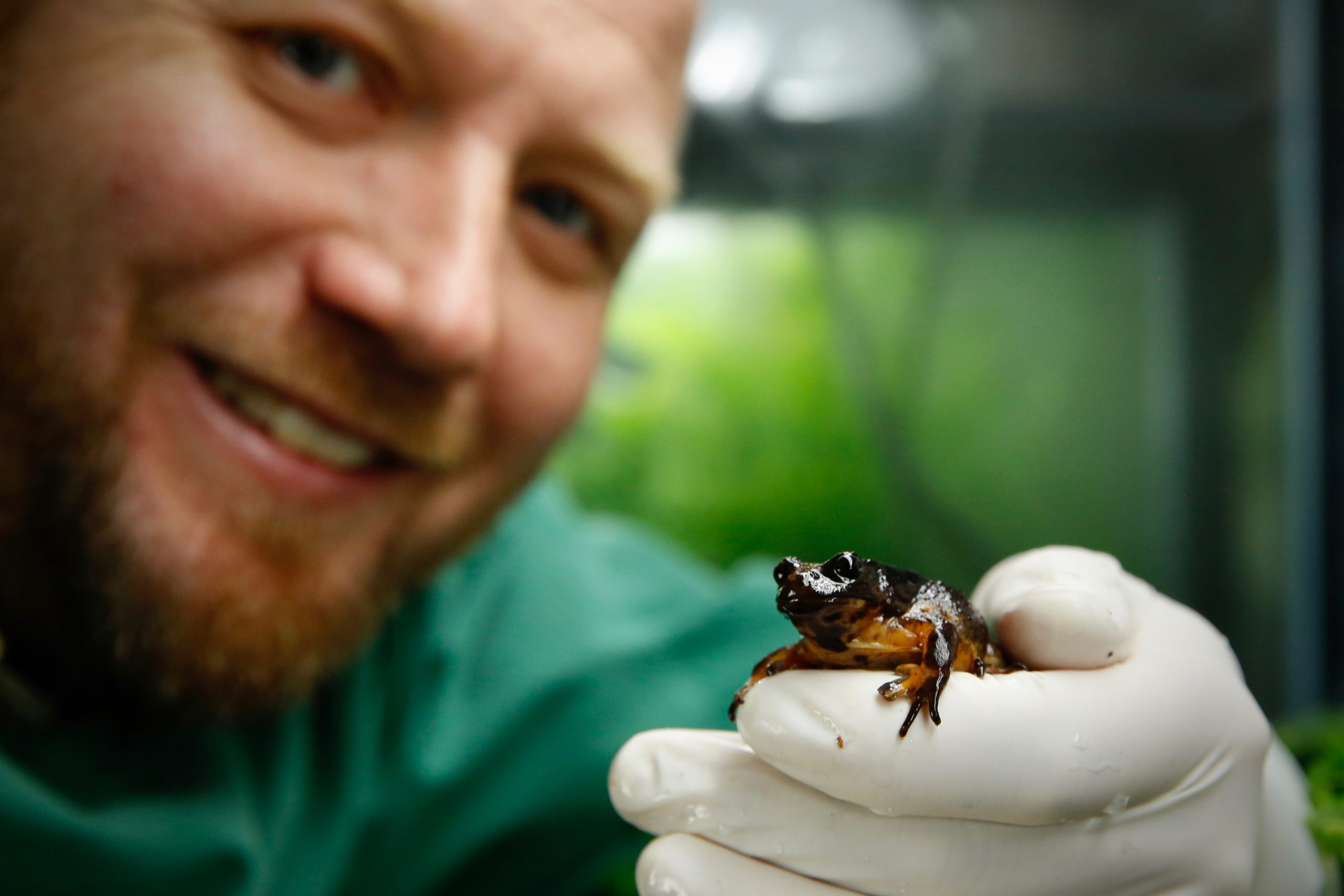 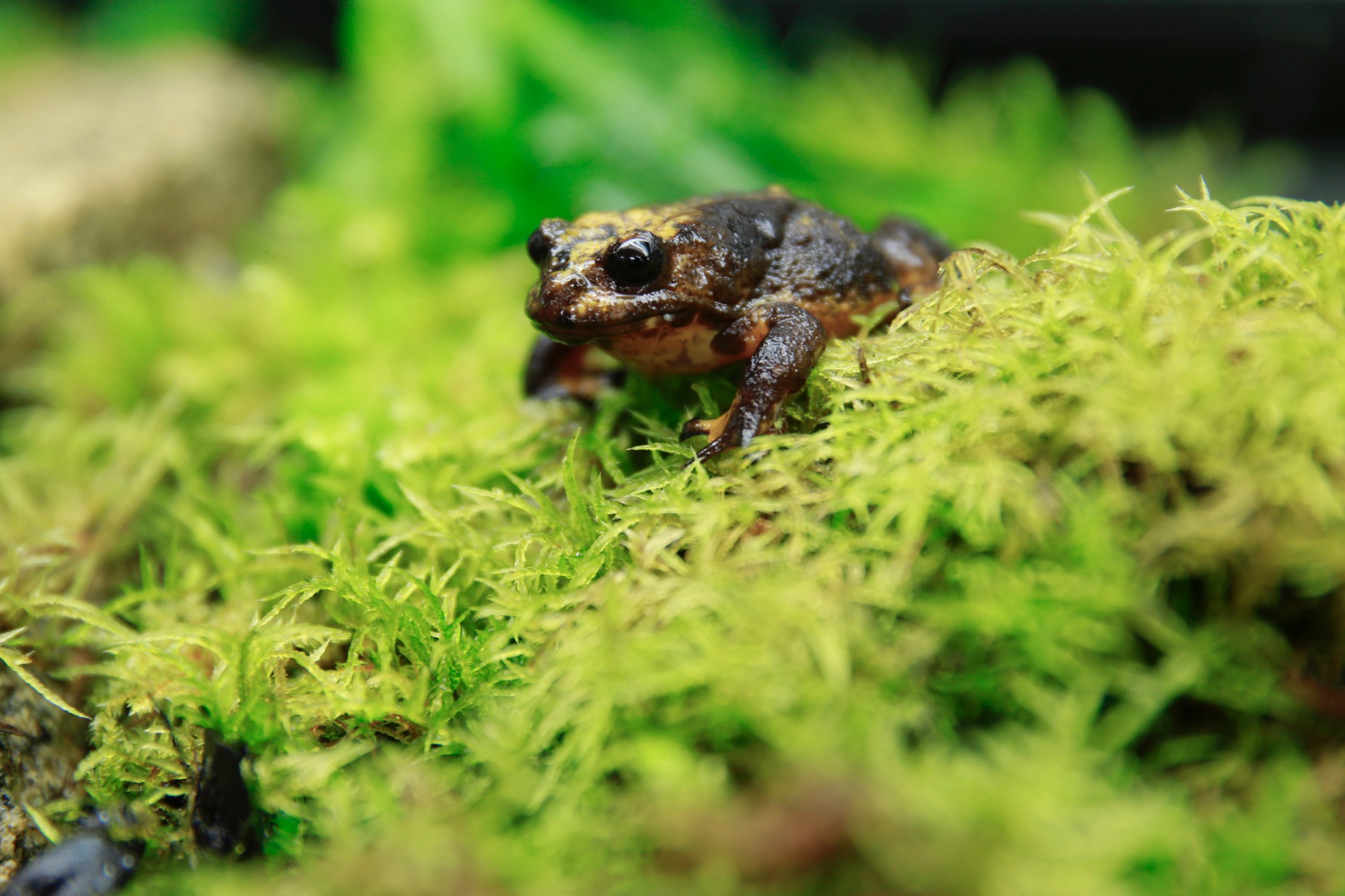 A frog that looks like “a piece of mud”, not surprisingly, spends most of its life underground.

But Zoos Victoria has taken Baw Baw frog eggs down from the mountain they inhabit and successfully bred the species in captivity for the first time.

The Baw Baw frog is an ancient species endemic to Victoria and is restricted to the Baw Baw plateau.

Zoos Victoria consider the amphibian’s situation as an emergency, with fewer than 1000 left in the wild and a 98 per cent species decline since 1980.

“They don’t exist at all at any higher elevation sites and any frost hollows anymore and are largely restricted to very remote sites that have I guess been a little more protected,” Zoos Victoria threatened species project officer for herpetofauna Deon Gilbert said.

The species has been devastated by chytrid fungus, which Mr Gilbert said attacked the skin of the frogs, causing suffocation and other physiological issues.

The fungus is spread by other host species such as the eastern froglet.

“They are able to carry it and transport it around which is problematic for species like the Baw Baw frog,” Mr Gilbert said.

“It’s an introduced pathogen so none of the species in Australia needed to evolve with it so those species that are susceptible get knocked out quite quickly.”

The breeding program began in 2011 and the project team has been able to mimic the frog’s alpine habitat to incubate eggs to the point they are reproducing Baw Baw frogs in captivity in an attempt to save the species from extinction.

Mr Gilbert said although the program was considered a success so far, the project was based on “biological timeframes”.

“It will be many, many decades until we get to population recovery,” he said.

Although he said the Baw Baw frog might not be considered as “charismatic” as other amphibians, it was “really critical” in maintaining health in the ecosystem.

“Once you start to remove things that prop up species above it, you start to change the ecosystem and food web as well,” he said.