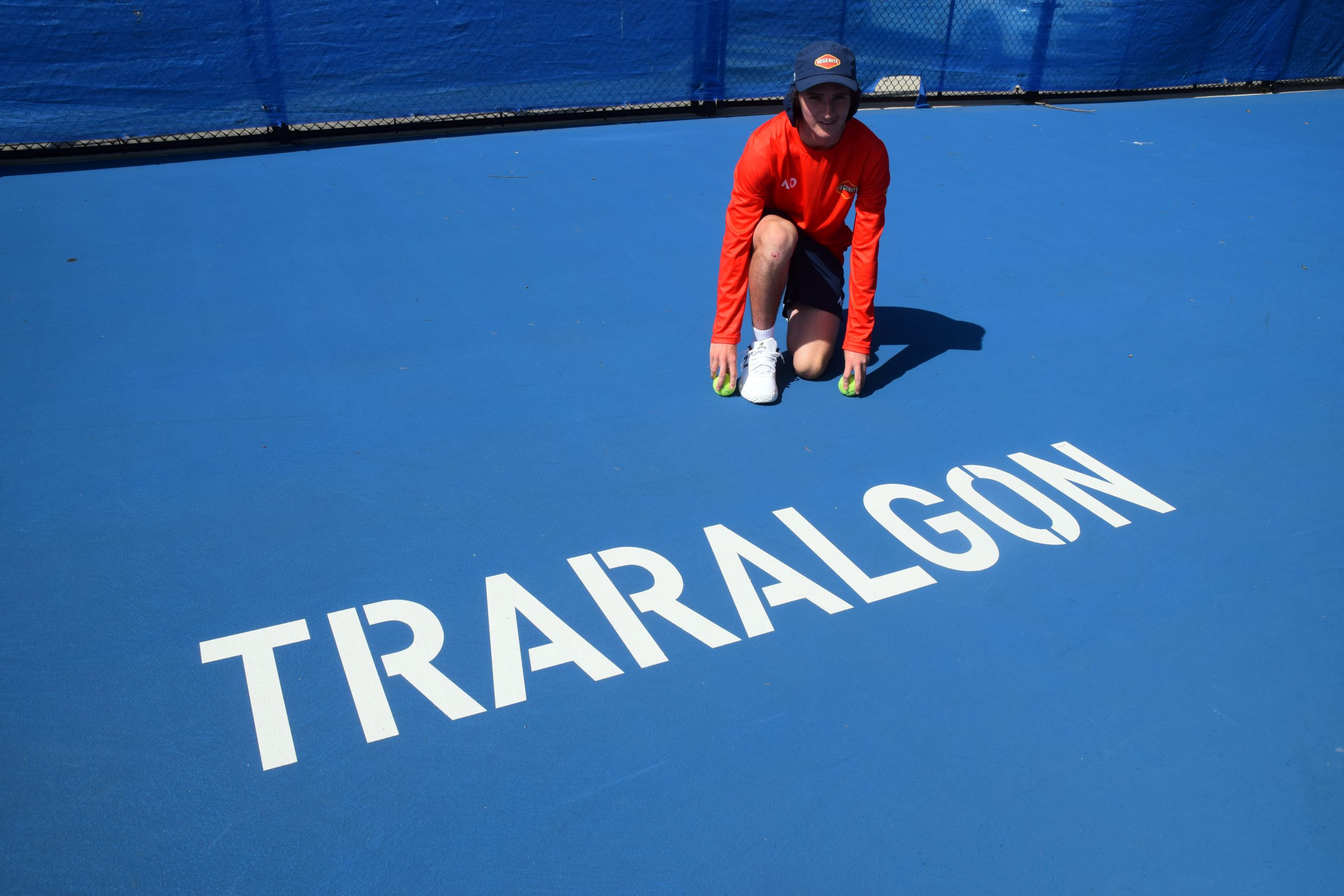 Ballkids at the Australian Open have a reputation among players as the best in the world and one of the most accomplished of all is Toongabbie’s own Josh Lyons.

The 15-year-old is one of 360 ballkids to be selected for the 2019 Australian Open from more than 2500 applicants and is part of an even more elite crop to have been picked all four years he was eligible.

“Not many get through to the four years,” mum Cathie said.

Before all that, the 15-year-old is hitting up Warrnambool Lawn Tennis Club to play in a tournament and then one in Shepparton before returning to Melbourne for ballkid duties at January’s Australian Open.

As “one of the tallest on the net”, Josh’s experience and expertise has made him a constant beside the umpire’s chair.

“You’re supposed to be short, but if you’re good you can go at the net,” he said.

The trials for 2019 were more rigorous than years gone by, making Josh’s selection extra special.

“This year they completely changed it. We usually do the same drill every trial, but this year it was more a try-your-best sort of thing,” Josh said.

“It was completely different but it was sort of better. All the younger kids – they don’t feel as much pressure.”

With a natural leaning towards leadership and as a veritable veteran of the game, Josh has also this year been selected as a ballkid leader.

“You’ve got to do all the signing people in and out, putting stuff on the whiteboard, helping train the young ones with warm-ups in the mornings and all that sort of thing,” he said.

Ahead of his fourth and final hurrah at the Australian Open, Josh said nerves are well and truly a thing of the past and he would love nothing more than to tick two more boxes before he signs off.

“I’d love to do a final. They select [for the final] based on performance and we’re graded every day,” Josh said.

“It would also be good to get the Top Gun Award which is where they pick the best boy and best girl and they go overseas to Roland Garros for the French Open … that would be pretty cool.”