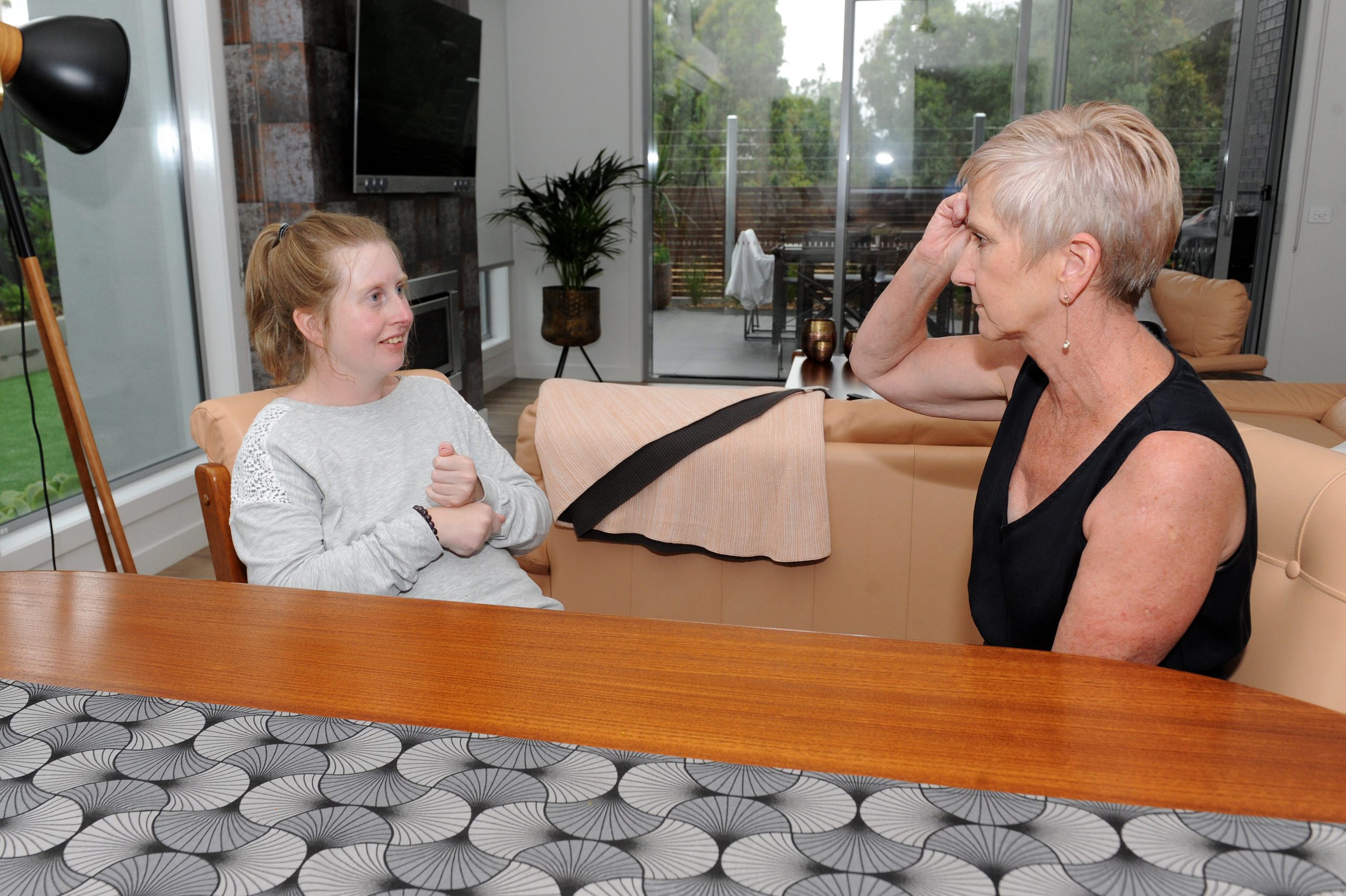 At Jan Dunbar’s Traralgon home the hands do more than the usual.

Thirty years ago the mother of two started learning Makaton, a program that uses hand signs and symbols to help people communicate.

Today she teaches families, health professionals and people who support someone with developmental difficulties to communicate.

Mrs Dunbar’s interest in the world of language support came about due to Gemma, her firstborn.

Aged one Gemma was not babbling or making a lot of sounds and it worried her mother.

Gemma has developmental dyspraxia which affects her movements including her speech.

It was Gemma’s allied health support workers who suggested Mrs Dunbar start learning Makaton which uses signs in conjunction with spoken language. The program is now called Key Word Sign and is used across Australia.

Mrs Dunbar, who was also trained in Australian Sign Language known as Auslan, the language of the deaf community, was a bit apprehensive about learning to sign.

“I was really apprehensive as a lot of parents are because you feel that if you teach your child to sign they won’t speak. But as time went on I realised that’s not true because speech is the most efficient way for a hearing person to communicate so if they’re going to speak they will,” Mrs Dunbar said.

“I guess if I think back, if Gemma’s not been taught to sign, where her language would be now, I have no idea.”

Mrs Dunbar started using key word sign to communicate with Gemma at a very young age teaching her basic things such as how to sign for drink, more or cheese which motivated her to learn as these are things that interested her.

“We probably started school with two spoken words but a couple of hundred signs,” she said.

Gemma went to a mainstream primary school in Traralgon and at Baringa School in her secondary years.

Mrs Dunbar said the attitude at her daughter’s schools towards signing when Gemma started as “really tricky” as they reckoned it was not necessary but things have changed over the years.

“They often believed that there’s no need for them to sign because Gemma could hear them but if you think about it, if no one’s going to sign to her, just talk to her, how do you expect her to learn and use signs [and respond]?,” she said.

Gemma had a classmate in primary school who still signs to her and went on to study Auslan.

Mrs Dunbar said it was important for parents of kids with developmental delays to learn to sign as children could become frustrated when they could not communicate.