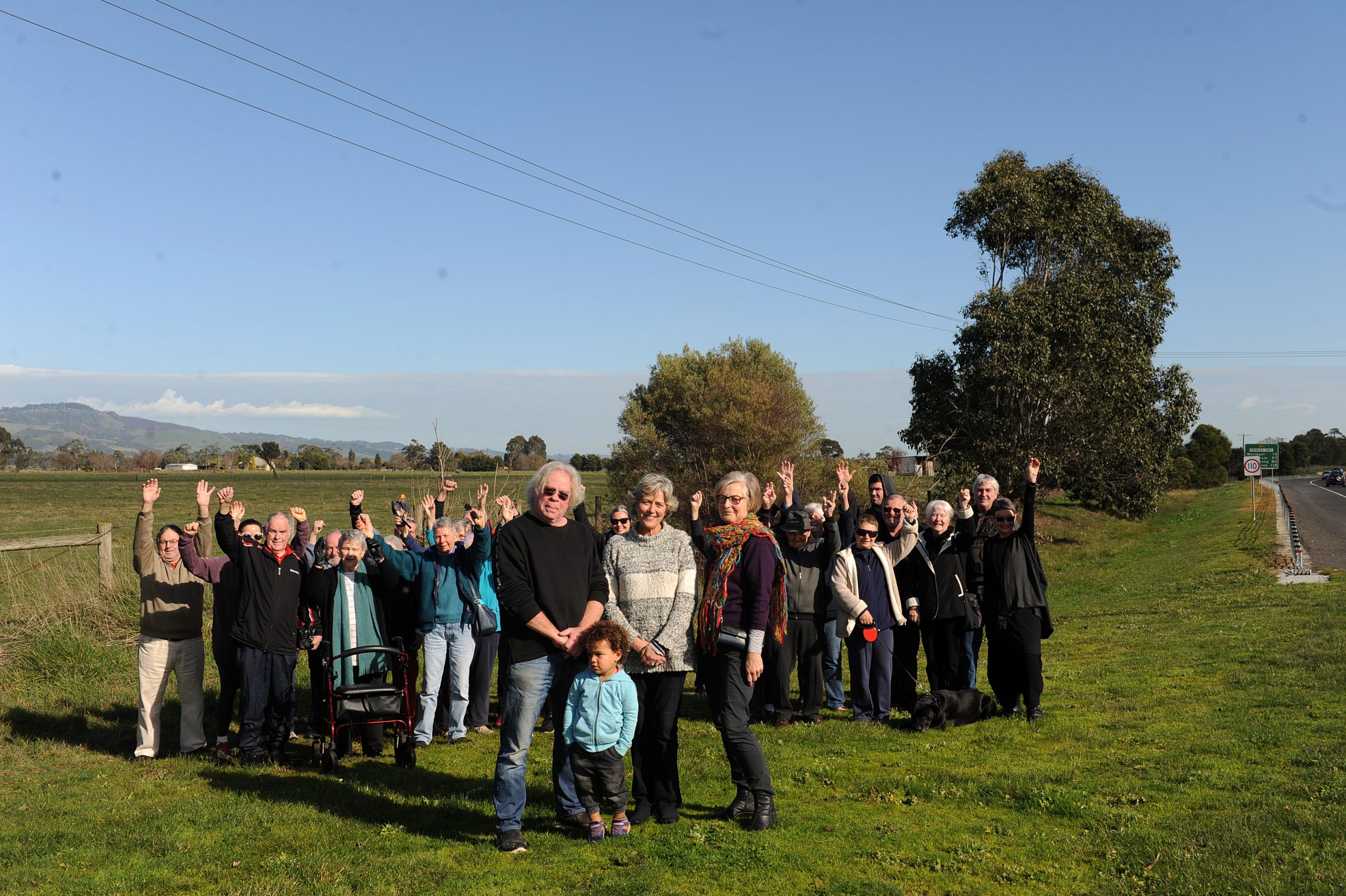 Yarragon community members have joined forces in a legal stoush to prevent a large service station from being constructed on the perimeter of the village.

Yarragon and District Community Association, Yarragon Business Association, Trafalgar Chamber of Commerce, the newly-formed Service Centre Action Group and various other residents and businesses are working together to raise funds to engage a town planner to represent the community at a five-day Victorian Civil Administration Tribunal hearing in early March.

Baw Baw Shire Council will also oppose the application at the proceedings.

Service station developers Jasbe Petroleum applied to Baw Baw Shire Council for a planning permit early last year, however, after a petition calling on council to reject the application garnered more than 1000 signatures in matter of weeks, council refused the application.

The application involved an area of 8.48 hectares located 250 metres west of the Yarragon commercial area and comprised the service station and related amenities including two 24-hour fast food outlets with drive-throughs.

There would also be 67 car parks and 23 spaces for truck and trailer parking.

Yarragon and District Community Association has set up an account for community members and businesses to donate money to fund a local town planner to represent the groups at the VCAT hearing.

Organisers hope to raise $15,000. At the time The Express went to print, the group had already raised about $6500.

YDCA president Judith Conway said the town planner would highlight the impacts the development could have on the town.

She said in the past VCAT would only take “legal reasons” into consideration when making a decision, but now “our understanding is that VCAT is allowed to take amenity and how it will be affected” into account.

“We feel if we lost it would be catastrophic … it is one thing to sign a petition, it costs you nothing, but now we need people to put their money where their mouth is,” Ms Conway said.

“The risk is that we’ll come in and hear a whole lot of [legal jargon] … it’s a whole different language and the feeling is we need someone who knows how it all works to provide some structure and some guidance.

“We don’t want to lose and think… we hadn’t thrown everything at it.”

She said the services the development could provide were “already available in Yarragon and Trafalgar” and would affect many locally-owned businesses due to the proximity of the proposed development to the township.

“Many existing, locally-owned businesses in the village centre rely on the travelling public to be sustainable,” Ms Richards said.

“If the long-term impact is closure of existing businesses due to decreased patronage, the current commercial centre of town could quickly lose jobs and result in vacant shops and loss of productivity.

“Longwarry service station doesn’t compete directly with the Longwarry township as the existing town is located away from the township. This is also the case with Officer service stations.”

A Baw Baw Shire spokeswoman said council’s key areas of objection to the application related to potential impact on businesses within Yarragon, amenity issues, noise and odour pollution, proximity to residential use and traffic safety.

She also said the land had been identified for future residential use and the proposal was “considered to be inconsistent” with state and local planning policy frameworks.

“The proposal is considered to have an unacceptable impact on the amenity of the existing and future residential areas,” she said.

“The excessive scale of the proposal will have significant amenity impacts and is considered inconsistent with the future residential zoning of the land.”

The Express contacted service station developers Jasbe Petroleum, however, they declined to comment.