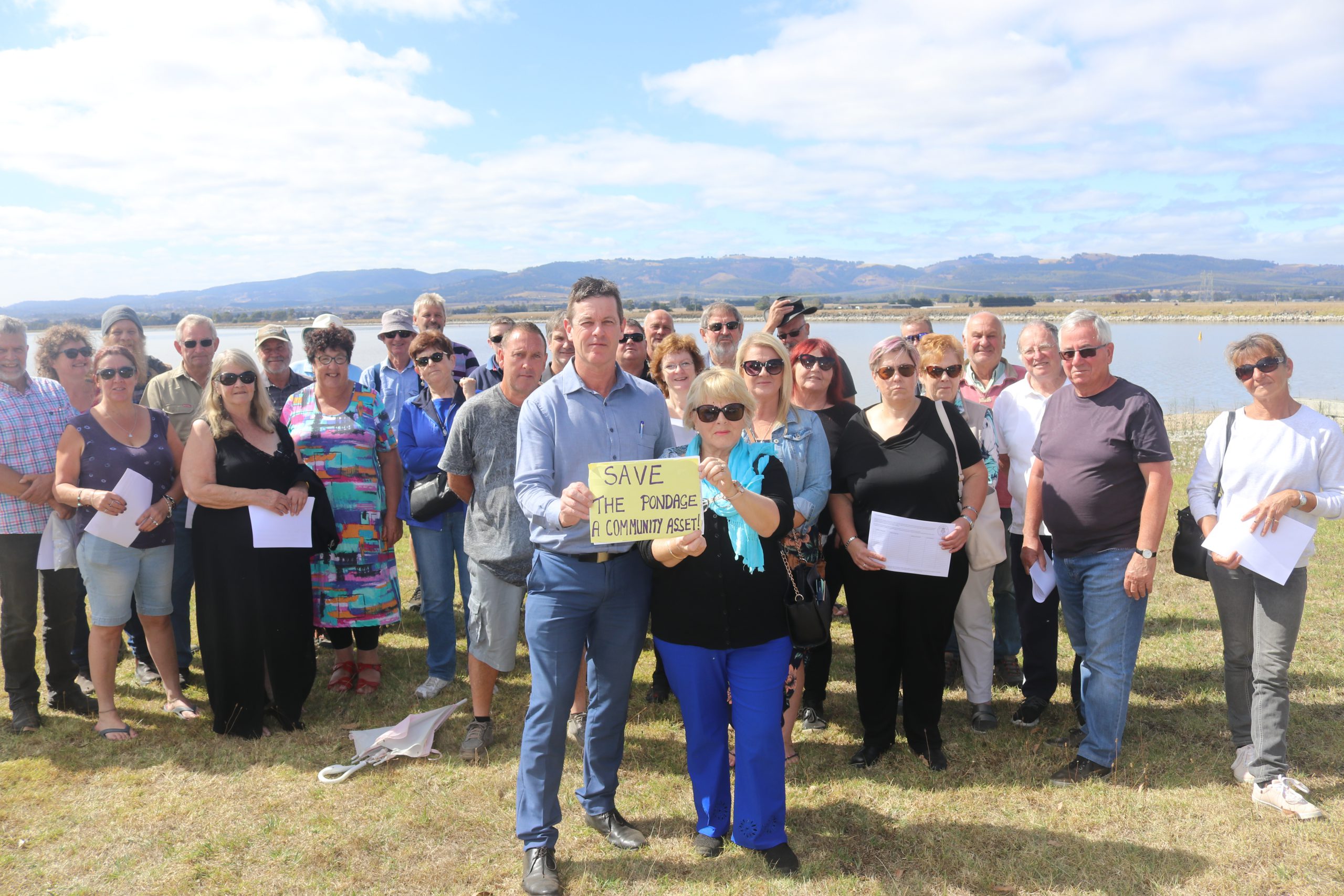 Hazelwood Pondage users and community groups are mobilising in the midst of a renewed push from member for Morwell Russell Northe to reopen the pondage for recreational use.

About 50 people representing local businesses, the Hazelwood Pondage Caravan Park, yacht club and residents gathered by the banks on Friday calling for action.

ENGIE had closed the pondage to all water activities last year when it found structural issues with the dam wall and began draining water levels by more than a metre to alleviate pressure.

The independent MP also launched a community petition he plans to present in Parliament in the next few weeks, asking the state government to explore all avenues to reopen the pondage.

By Sunday afternoon, the petition had gathered almost 900 signatures.

Mr Northe was disappointed Ms Symes had by-passed the Latrobe Valley on her way to east Gippsland on Friday where she made drought-relief announcements.

“I think the lack of interest from the state government has been really disappointing,” Mr Northe said.

“I raised this matter in Parliament 12 months ago and was given assurance the government would be talking with stakeholders and trying to find solutions.”

Latrobe City Council had asked the Premier to retain the pondage as a recreational community asset.

The Minister said she would ask her department to consult with the community and to keep her informed of the results of a technical study into the pondage walls which would determine the viability of the pondage.

“We need to bring everyone together and bring all stakeholders together, I’d like to see a thousand people here and have a rally,” Mr Wier said.

Mr Wier and his partner bought land backing onto the pondage for its waterfront outlook and said they were left with a putrid, receding creek line full of discarded rubbish, when the water was drained.

“It’s fantastic something is happening, we’ve been waiting for something positive to happen for a long time,” he said.