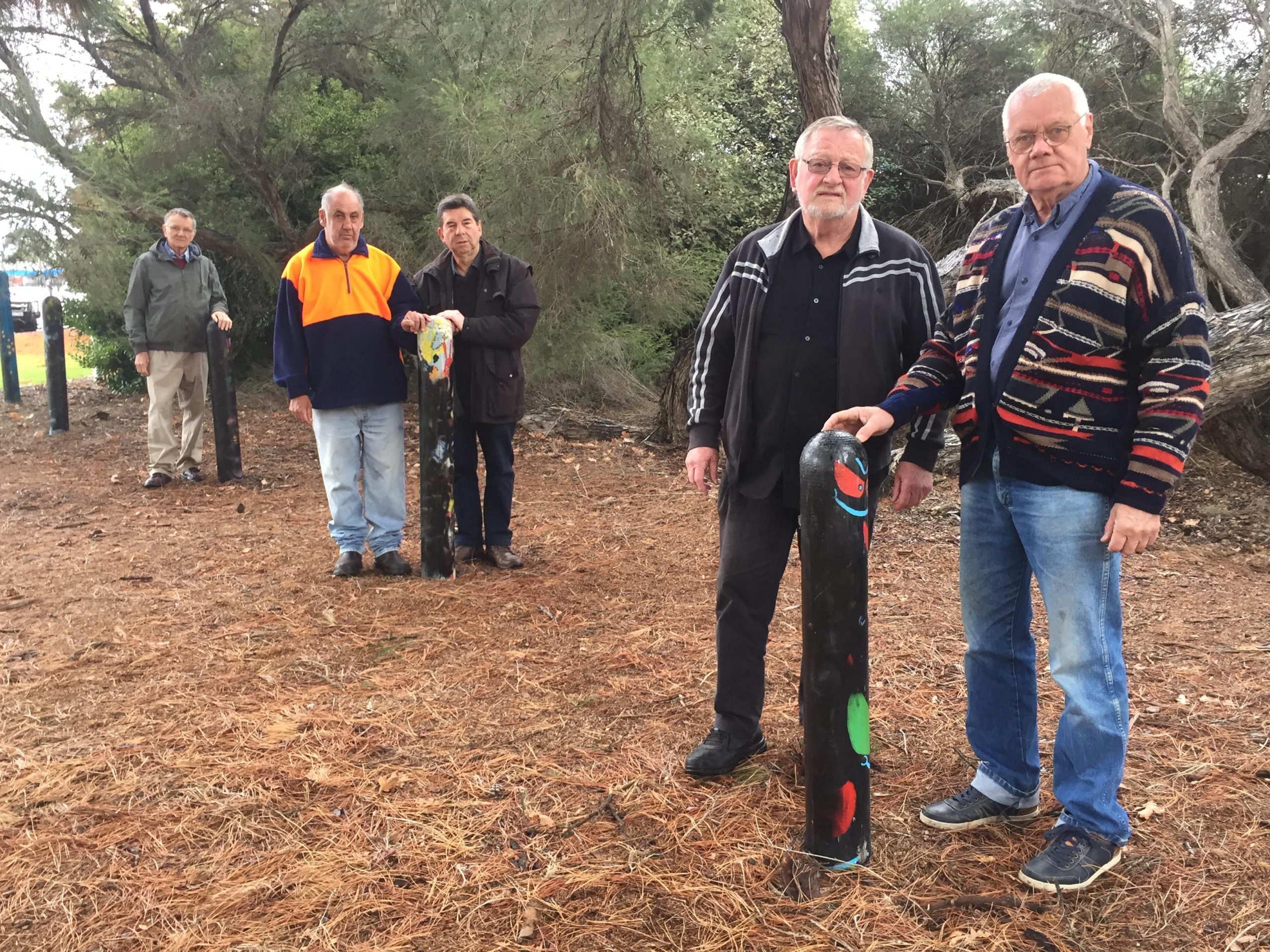 A Moe community group has been left reeling after a third artistic community project was defaced in a matter of months.

Fifteen colourful bollards following the fence along the train line in Moe were covered in black and silver paint – Make Moe Glow members believe it occurred about two weeks ago.

The vandalism follows the smashing of murals created by local primary schools in Newborough’s Henry White Reserve in March. Similar murals along Narracan Drive were cracked and damaged not long after.

There were 50 bollards installed along the railway line between 2006 and 2008. Many of them were painted by primary school students from across the region, as well as local artists and other community groups.

Make Moe Glow president Marilyn May she was incredibly disappointed by the ongoing vandalism of the group’s projects.

She said the bollards worked well to brighten up the area and the idea had been replicated by other towns across Gippsland.

Ms May believes the bollards helped Moe win the tidy town award in 2007.

“It is very sad to think that people would do it,” she said.

“It’s just been one thing after the other.

“It just makes you want to give up. You think ‘what are we doing this for?’ because we don’t get anything out of it.”

Ms May said Make Moe Glow had called on council to clear the “thick vegetation” behind the bollards, as the group believe the foliage provides cover for undesirable behaviour, such as drug use, and are concerned this may have contributed to the defacing of the bollards.

They suggested thinner plants or trees could be placed there instead.

Latrobe City Council was unable to confirm if it could agree with the group’s wishes to clear the vegetation.