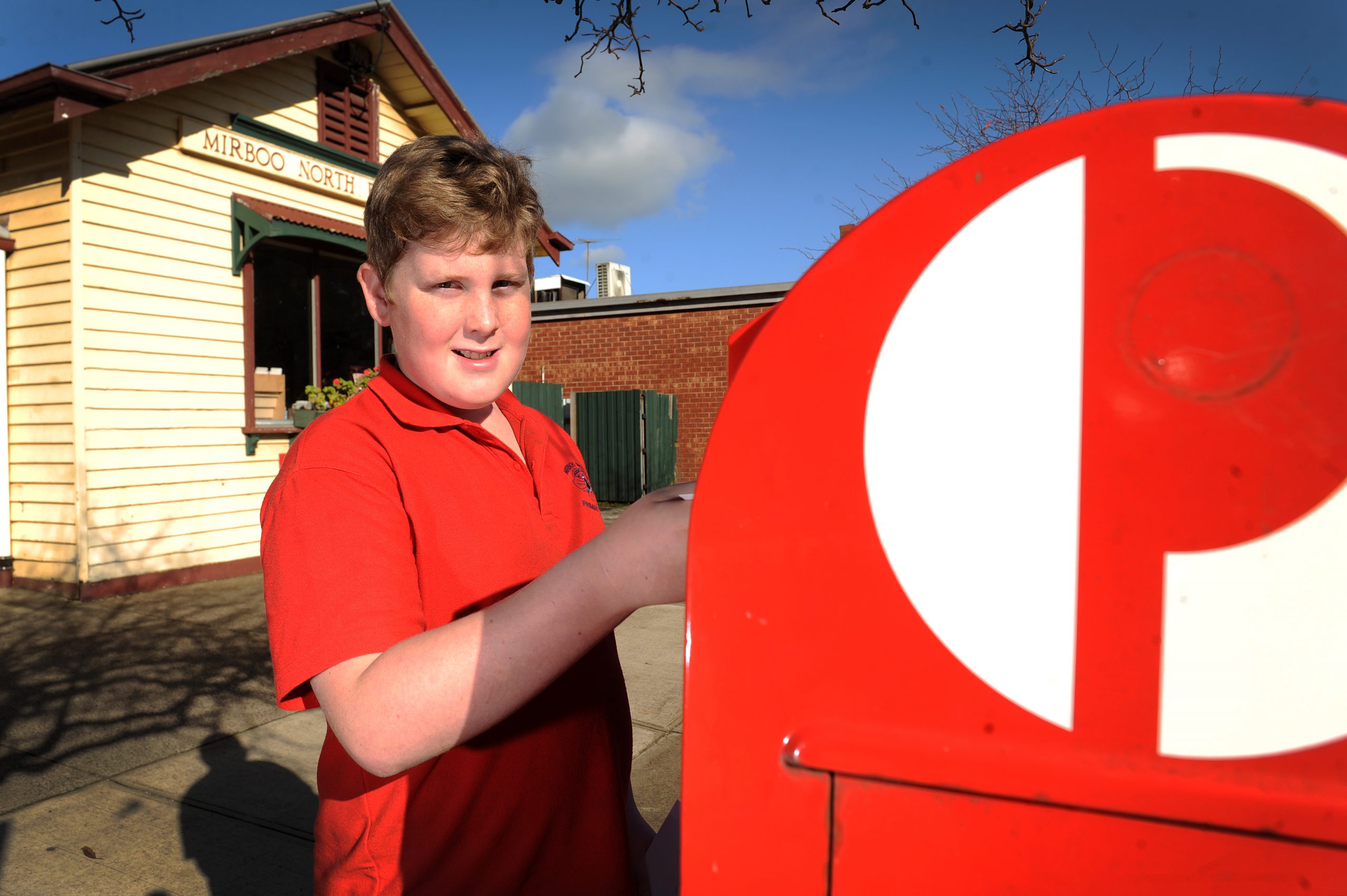 An 11-year-old student from Mirboo North has ramped up his climate awareness campaign after mustering about 150 students out of local classrooms for a strike in March.

This time, Toby Rawson has swapped posters and chants for the written word.

On Friday he began a busy day of campaigning at Mirboo North Post Office.

There he held a collection of letters from people in the local community addressing their climate concerns to the candidates for Monash in the federal election.

From Mirboo North, he travelled with his mum Emma MacGregor to Wonthaggi Wind Farm to meet with Labor candidate Jessica O’Donnell then north to Warragul to incumbent Liberal MP Russell Broadbent’s office where he would meet with Greens candidate William Hornstra and other students.

“I’d like to see most buildings with solar panels, coal mines not being used so much and wind farms out near the beaches more.”

The letter is in direct response to Mr Chester’s previous comments in The Express when Toby was one of many Gippslanders involved in the School Strike 4 Climate in March.

At the time, Mr Chester said he supported the right of Australians to peacefully express their views on climate change but said he was “not convinced that taking a day off is the best approach”.

In response, Toby is arguing that he has protested on weekends but it has not received media coverage.

“Mr Darren Chester, taking a day off school is the only way people will notice that action must be taken,” Toby wrote.

Mr Chester said last week it was a matter for parents and students to decide.

“I am unconvinced that taking time off school is the best way to make any political point at a time when student absenteeism is a major issue in many of our schools,” Mr Chester said.

“I receive letters and emails from people of all ages on a wide range of issues from across Gippsland and I welcome their constructive and respectful feedback.”