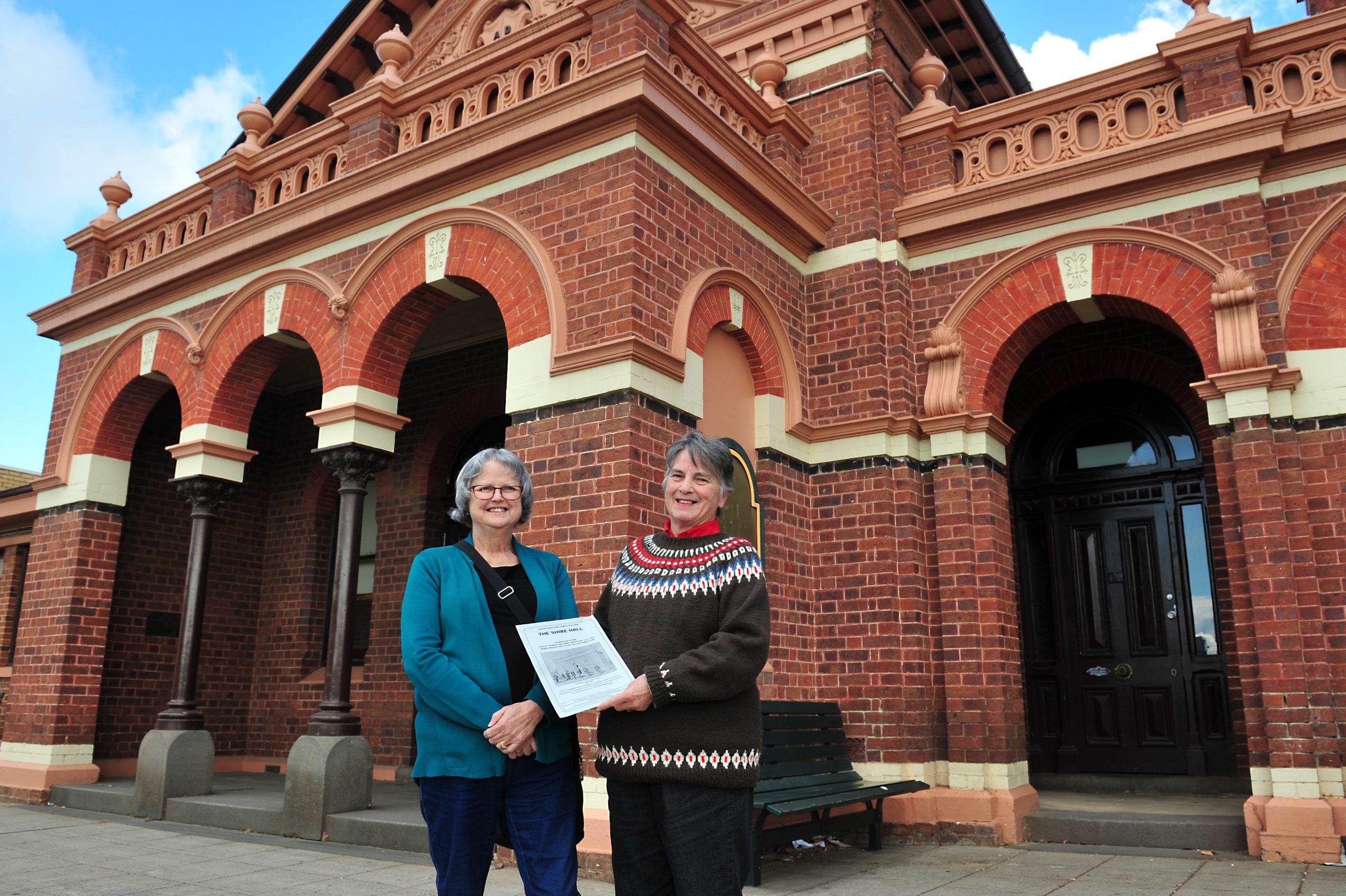 More than 100 photos and a variety of information chronicling Traralgon’s transformation from a shire will be on display at the Traralgon Courthouse next week.

The exhibition, titled 140 Years a Shire – the First 40 Years of Traralgon Shire, was organised by the Traralgon and District Historical Society as a celebration of History Week, and would cover only the first four decades when the area was first declared as a shire on October 20, 1879.

Society committee member Virginia Dye said the pictorial display would contain information of the town’s development from its first years that had been collected from the society’s archives.

Society president Barbara Johnson said Traralgon became a shire when it was removed from the jurisdiction of the Rosedale shire in 1879.

“In 1871, Rosedale was proclaimed a shire and that shire went from Lakes Entrance through to the Morwell River,” Ms Johnson said.

“In that period the Victorian government was saying ‘hang on local communities should organise their own activities’ and so on so Oct. 20, 1879 was the day when Traralgon became a shire.

“Our shire then went from Flynn’s Creek through to the Morwell River. We had 500 square miles but within 18 months our boundaries had changed three or four times.”

She said Morwell was proclaimed as a shire in March 1892 removing it from Traralgon’s area.

Ms Johnson said the first shire and court meetings were held in rooms at the former Traralgon Hotel which is now the site of the Ryan’s Hotel on Franklin Street.

She said the owner of the hotel gave free rooms for council meetings until a shire hall was built in November 1881 on the site where the plaza currently sits.

Ms Johnson said there were various organisations that used the building, including the manager of the State Electricity Commission, until the site was torn down in 1966.

In 1886, Traralgon built its courthouse moving court proceedings that were previously held in the hotel rooms to a proper building at its current site on Franklin Street.

“The next big step was you can’t keep having the courthouse in a pub so it was decided that we needed some public offices,” Ms Johnson said.

She however said the decision to build the courthouse stirred some controversy among community members as people from Morwell felt “a little bit out” considering that Traralgon’s first shire president was from Morwell.

She said the courthouse, which remained the iconic landmark of the town, was built using bricks that were made locally.

According to her Traralgon was proclaimed as a borough in 1961 and became a city in 1964.

“You need to go through those steps from shire to borough to city is the sort of protocol in developing it,” she said.