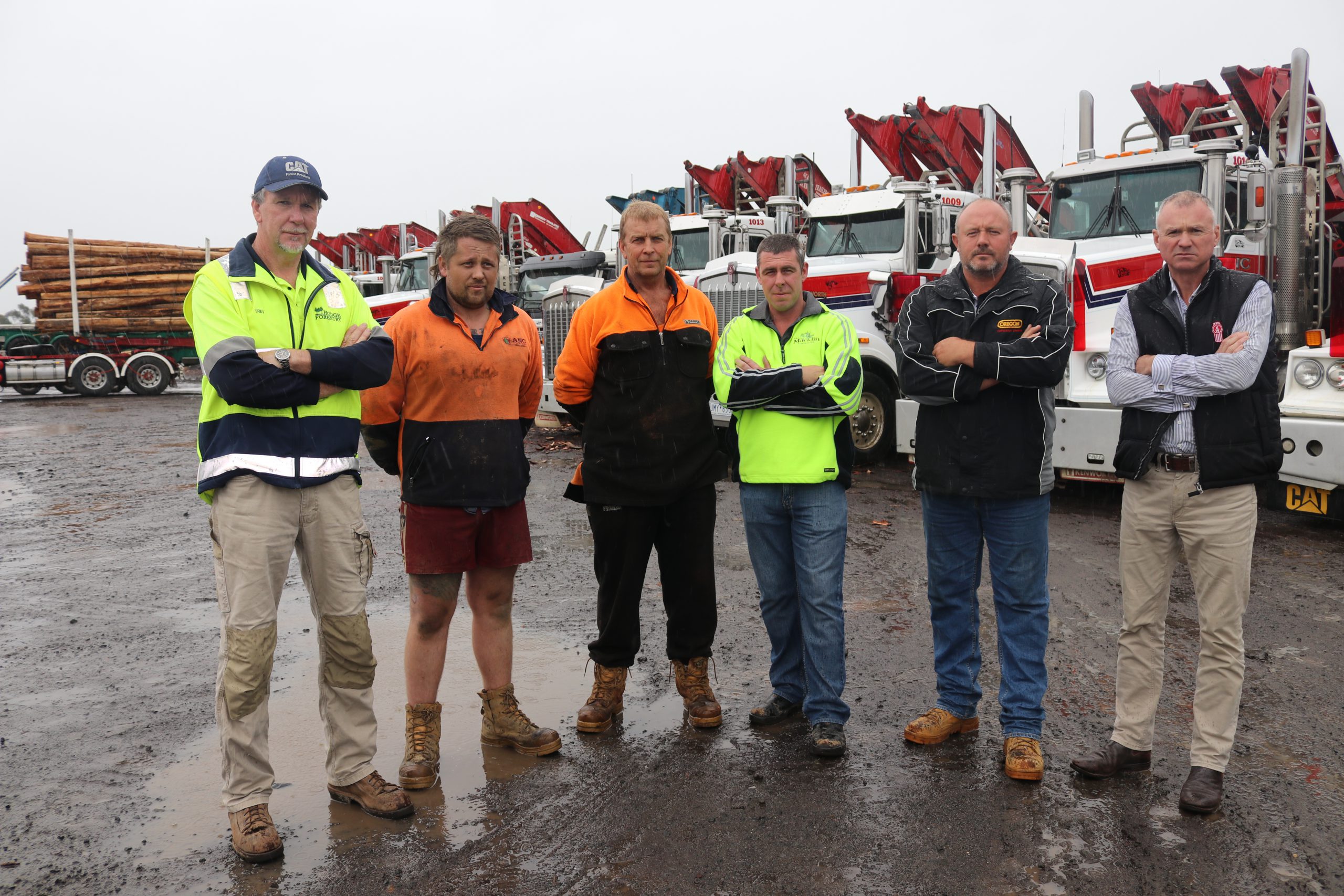 TIMBER contractors are fearing for their future after hearing they will be forced out of native timber logging and into plantations from 2030.

Central Gippsland harvest haul contractor Brett Robin vowed to fight the decision and defended his industry as the “most sustainable and highly regulated in the world”.

“This will stuff our business, we have tens of millions of dollars of gear that’s not set up for plantations, it’s not like you can go into plantation tomorrow,” Mr Robin told The Express.

“I’m not satisfied that Daniel Andrews is a leader, hopefully we get a change of government and a change of policy, this is jobs lost just to create votes in Melbourne.”

The state government has promised the $120 million transition package for timber industry workers to pull out of native forests, with a step-down commencing after 2024. This means mills will have the same supply until the mid-2020s and then need to competitively bid for supply until 2030.

The package includes $25,000 vouchers for businesses to start planning so they would be in a better position to make decisions after 2025.

The government has also promised equipment buyback schemes for businesses unable to on-sell machinery if they chose to exit the industry and will also ensure redundancies are covered.

Latrobe Valley-based VicForests contractor Trevor Hodge said there was no consultation before the announcement was made last week, and was unsure how high quality saw logs could be sourced.

He said the areas available for native logging had been gradually decreasing as more special protection zones were declared.

“This is political rather than science-based decision, there’s been pressure in the industry and a lack of certainty around Regional Forest Agreements with coupe release plans delayed,” he said.

Mr Hodge said particular native hardwood species used for high-value products such as furniture could only grow at certain altitudes and soil types, and were not suited to a plantation environment.

Native Timber Council Association president Dale Harriman – who is also a Latrobe City councillor – described the plan as ‘death by a thousand cuts’ with the industry ‘execution date’ revealed.

“Maryvale hasn’t got enough hardwood plantations so far to keep it going. Once again, the government is putting Valley jobs at risk and the mental health of timber workers across Gippsland,” Mr Harriman said.

Regional Development minister Jaclyn Symes promised intensive support for all industry workers over the next 12 months.

However, she warned a step-down after 2024 was essential as there would not be enough supply for everyone at existing levels into the second half of the decade.

“This is not optional, and if we do nothing, timber mills will go under in the very near future. This is providing four-and-a-half years for timber mills to renegotiate their contracts,” she said.