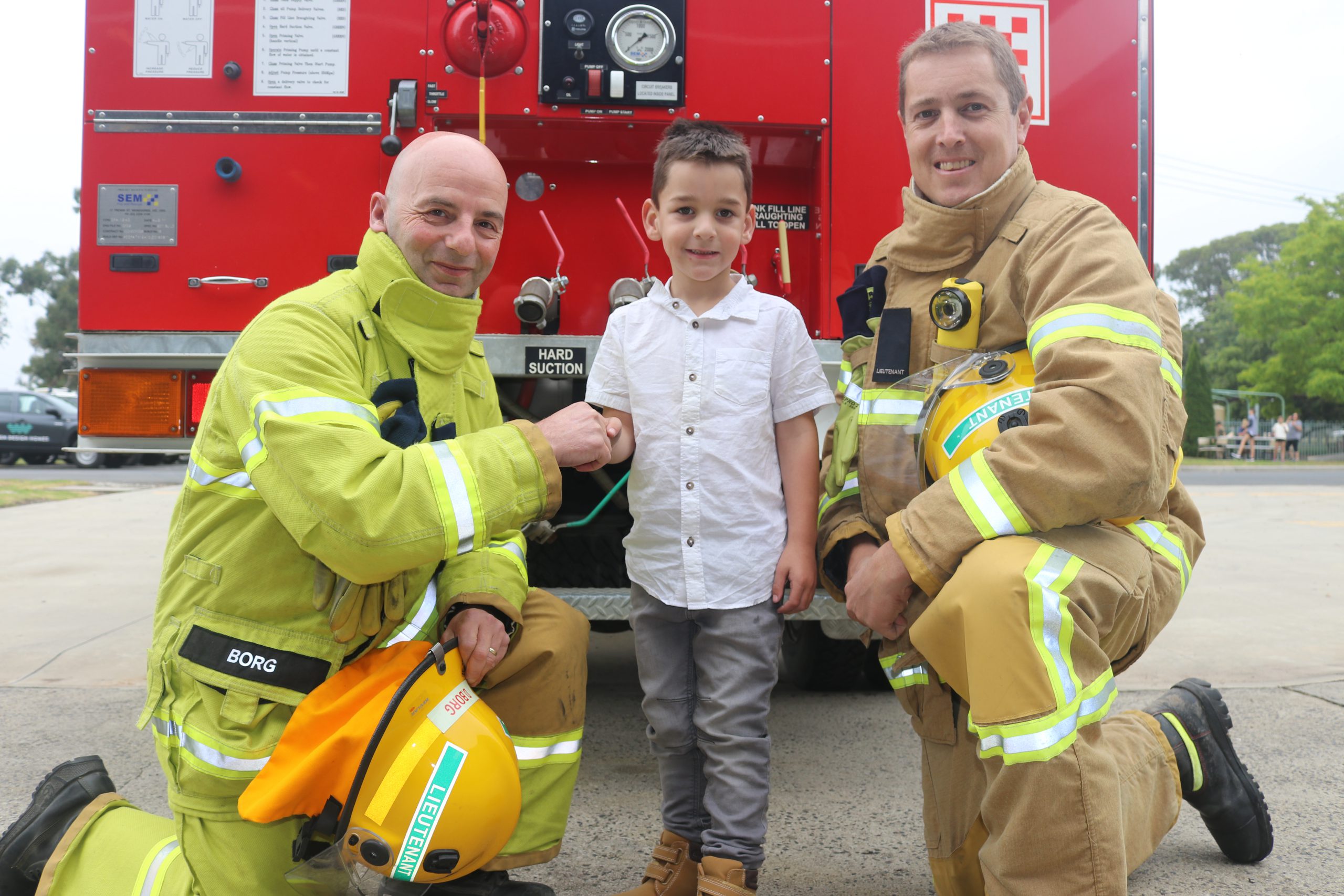 Five-year-old Tyers boy Nathaniel Merino has pitched in to do his part to help firies fighting bushfires in East Gippsland and New South Wales by loading up his local brigade with cakes and lollies.

Mum Melisa Norman contacted the Tyers Fire Brigade when her son asked how he could help fire crews and native animals when he saw footage of the devastating fires on television.

She reached out to Tyers brigade member Kate Wisewould, who suggested turning up with non-perishable goodies that could be stored on the trucks for a much-needed reprieve.

Ms Norman said Nathaniel ended up donating packages of fruit cake, UHT milk and lollies, as well as packages of veterinary items to a wildlife charity in Traralgon.

“Nathaniel was worried the fire fighters go a long time without eating. My brother is a non-active firefighter in New South Wales and we had friends stuck in Bega and Mallacoota,” Ms Norman said.

Ms Wisewould said the packages were “greatly received” when Nathaniel handed them over, and commended Ms Norman for having an open discussion with her son about the fires.

“Parents should be open and honest and explain the situation and reach out to local brigades if they need to,” Ms Wisewould said.

“We are more than happy to have these conversations with kids of there is an opportunity. Now Nathaniel knows if there is an emergency at his place he won’t be afraid as he’s met our firies.”